You’ve got your idiosyncrasies, I’ve got mine. 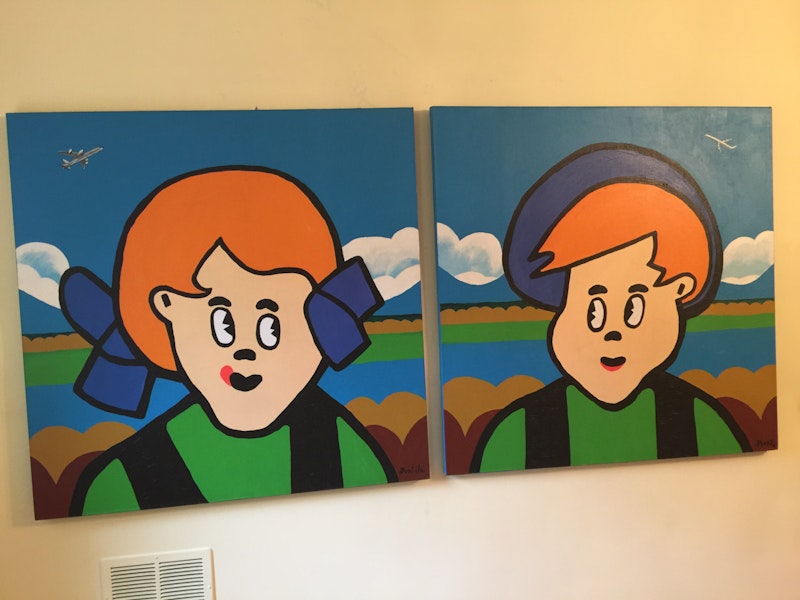 Those who doubt the toll of pink-slipped/bought-out fact-checkers, copy editors, and researchers in the newspaper industry need only look at the first paragraph of an otherwise sensible article about investors’ doubts about President Trump’s ability to pass market-friendly legislation by veteran James Mackintosh in Tuesday’s Wall Street Journal. He writes: “A week is a long time in politics, and last week the reality-TV show that is Donald Trump’s administration packed in enough extra episodes to fill a box set. But investors have finally hit mute.”

Not even a decade ago, my non-existent Tourette’s would’ve spiked reading such lazy sludge in the country’s most important business newspaper, but no longer. Odds are the column was given a quick scan and the publish button was hit, rather than an editor saying, “James, could you excise those five clichés in the first graf.” Where have all the copy editors gone, long time passing? Gone to PR firms, everyone.

Most people have several hobbyhorses that they juggle, often to the consternation of friends and family, and slipshod writing is one of mine, an incurable disease that’s become more threatening month by month. Sometimes, when particularly irked by reading nonsense on the Internet, such as “I’m so old I can remember when…,” “So this happened,” “Sad!” or “It is what it is,” I retire to our living room to look at the paintings (pictured above) by Michael Gentile, his mischievous rendering of Hansel and Gretel. My wife and I bought them at Michael’s 1996 exhibit at the Elizabeth St. bar 288, aka Tom and Jerry’s, a few blocks east of the Puck Building, which then housed New York Press. I can stare at Hansel and Gretel for several minutes and burst with a volley of belly laughs that could possibly wake our next-door neighbors.

Not all clichés are offensive, since as we all know (or should; I have doubts today) that they’re often rooted in truth, and “language evolves” falls into that category. As you age, a person is helpless to fight back against common parlance that damages the ears and eyes. In the past six months, for example, if you’re reading stories either online or in print—doesn’t really matter—for, say 30 minutes, chances are you’ll be affronted by a writer unnecessarily attaching the word “deeply” in a sentence. A recent Twitter post stated: “Comey was deeply unpopular at the time of his firing,” and that’s just the work of a stenographer. The word “deeply” is so overused—like “super”, “yep,” “gazillionaire,” “fun fact,” “clown” attached to politicians, and “literally”—that it’s lost all meaning, much like “awesome” (that one’s receding thankfully, and in a few years might even be restored to its original definition).

I probably over-think all of this, but, going back in time for a similarly ubiquitous phrase, that’s the way the cookie crumbles (not that I ever indulged either in conversation of print) fits.

The other night I was talking to my younger son Booker, who’s about to start a new job and is tasked with sprucing up his wardrobe. I suggested a couple of retailers, but they were batted down as “old guy’s clothing,” a fair response, so I lumbered downstairs to watch a ballgame, and later asked if he’d had any luck in finding a suitable haberdasher. He looked at me with a blank face—as if I’d just nattered on about stevedores laid low by consumption—and matter-of-factly said, “Dad, what are you talking about?” I grimaced, probably unfairly, and explained that a haberdasher was a man who sold clothing, notions, and accessories, and then mentioned that President Harry Truman, in descriptions of his checkered Missouri past before FDR reluctantly tapped him for Vice President in 1944, was often derided as “The haberdasher from Kansas City who’s controlled by machine boss Tom Pendergast.”

Similarly, several years ago, my sons and I were gabbing about a topic I can’t remember now, and I said, “Hotsy totsy, a newborn Nazi!” They were confused, perhaps even offended, and asked what the heck I meant. “You’ve never heard that expression?” I responded incredulously, perhaps momentarily forgetting our age difference, and was again crashing into Jones Beach-like waves. A few months later, in Bermuda, while playing croquet, I asked two of my brothers if they remembered the phrase and both said, in essence, "Are you cracked, of course!"

In the 1990s I was irritated—irrationally, said a few of my colleagues—by the salutation “Good luck” in a letter or email, as opposed to “Sincerely” or “Best Regards.” More often than not the correspondent was Ivy-League educated, and the phrase struck me as condescending, a throwaway, with no real wish of “good luck” at all. As the decade closed, those same people switched it up to “Cheers!” and that again was empty, or perhaps a British affectation. (Those same writers would also garnish their prose liberally with “at the end of the day,” but never “what a cunt,” showing that Anglophilia only went so far.)

Dispatching a red ant with a nuke, you might think, but, as is said far too often currently, “That’s how I roll, dude.”