Fate is not your friend. 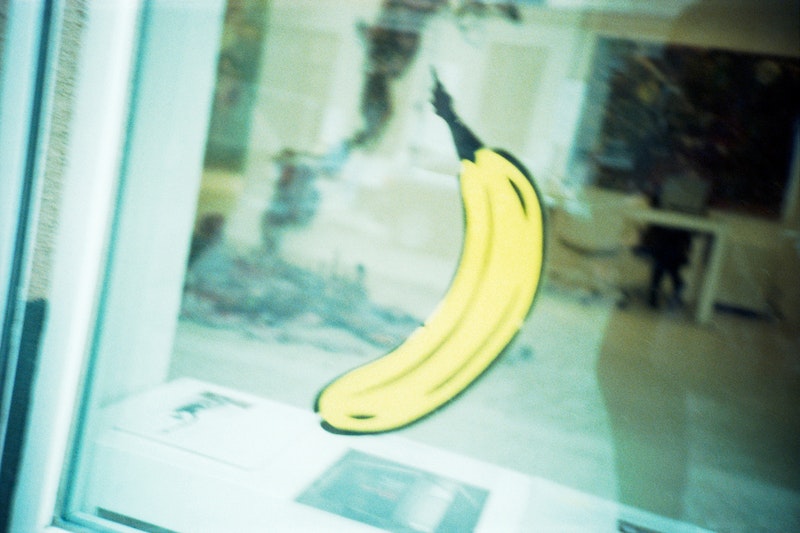 A man I hate was found standing at a street corner. He had (let’s say) a banana. He was cradling it before him in both hands, and meanwhile he stepped from foot to foot, shifting his weight as if neither foot was any good. He explained to my informant that the banana had been his grandfather’s and that he carried it as a trust. He would safeguard the banana. He spoke long and earnestly, and his speech style was fragmented. That was the last time my informant saw him. It’s been a few years now.

I hated that man. One time I announced this to myself. “Nobody hates X more than I do,” I thought. I went on record like that because so many people hated X. I thought I’d better compare. To think of X is to renew my loathing of him.

Even so, this news I heard is a bit much. My informant had already told me that, years back, X had tried to get him to testify in a suit that X was bringing against a girlfriend. Suing his girlfriend! This news had vindicated my view of X. I’d seen the trends when I knew him, and those trends had gone ahead. His nastiness and resentment kept going until they overwhelmed his brain. But the craziness had outperformed. Sue his girlfriend?

The next time I saw my informant, I asked about the suit, about what X was suing her for. Nothing that ever became clear, my informant said. From here we came to the banana.

I discovered this: the main thing about my ex-associate is that he’s crazy. Not difficult and crazy, or brilliant and crazy, or manipulative and crazy. Just a loose nutter who rattles on the street corner, his mouth going while the listener wants to become a passerby.

I don’t hate him any less, but my hatred now looks like an also-ran. Other emotions beat it out for intensity. What emotions? I don’t know. But I knew that man when he was at full strength: running one business, starting another, maintaining a highly active freelance schedule. Now he’s broken and turned into trash.

I’ve never seen that before, not in my little part of the world. It couldn’t have happened to a nicer guy, but why should it happen at all?

Good God, man. Leo Tolstoy, please stand up. From Anna Karenina: “Shamming in anything at all can deceive the most intelligent, perceptive person; but the most limited child will recognize it and feel aversion, no matter how artfully it is concealed.” Good God, man.

My view: no, children aren’t especially good at spotting sham, but adults sham like crazy when around kids. They do it brutally and clumsily, and then they’re surprised when the kids catch on. These adults begin by thinking kids are dumb. Brought up short, the adults are jolted into a theory, which they announce to the world. They’ve made a discovery.

No doubt Tolstoy was a Cosby-style paterfamilias. No, not the sex business, just the old Cosby Show brute with his hectoring baby-talk. A child wanders within range and is made the stooge in some moral playlet. I bet the kids saw Tolstoy’s beard coming and wanted to run.