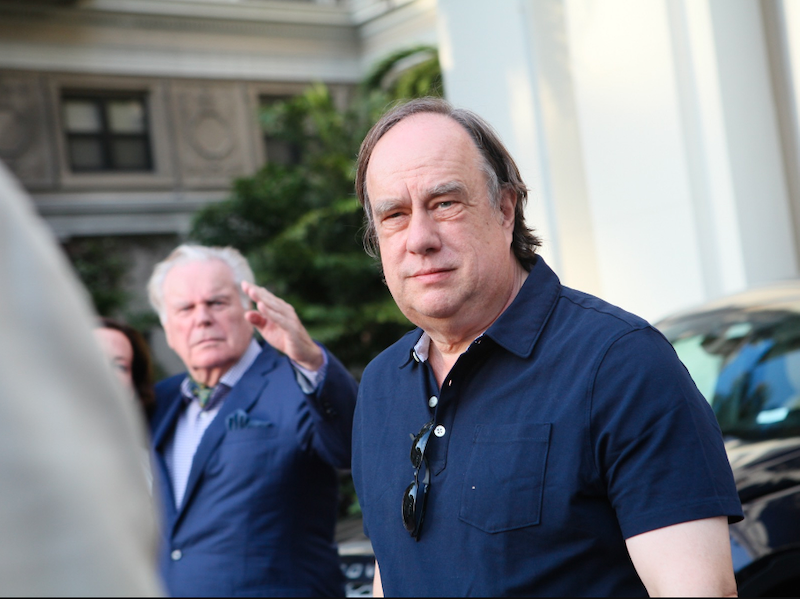 I’ve long been disappointed in James Wolcott. The balletomane, one of the few Anglo-Saxon journalists still allowed to ply his trade in New York, long ago betrayed the alt-right, and indeed alt-left, thinkers whom he once championed, reverting to the neo-liberalism of his class. Whereas he once used to champion such thinkers as Justin Raimondo and the simpatico leftist Philip Weiss, in recent years Wolcott been obedient to his overclass New York City paymasters. A warmed-over Clintonism has been the result; Wolcott, seeing die the traditional media in which he made his name, and in need of a paycheck like everyone else, seems simply to have given up. Sometimes I imagine he was threatened, maybe even physically. Our Zio-fascist masters don’t lightly suffer apostasy.

And yet sometimes Wolcott can sometimes rouse himself to better, braver things. Case in point: His bracing attack on Norman Podhoretz, one of the intellectual deans of the New York City neocons, in a recent issue of The London Review of Books, which publishes the occasional readable piece, in addition to the usual nonsense.

A reader here in Indiana absorbs Wolcott’s inquest into Podhoretz and the heart of Upper West Side Zionism/neo-conservatism as he might an anthopologist’s report from Borrio-Boola-Gha, or at least from some septic rural settlement in darkest Little Russia or Georgia. The difference, of course, is that the childlike Blacks of the former have zero influence over American intellectual culture, such as it is; while the Little Russians and Georgians, if their agents have in the last decade and a half been crafty in manipulating our foreign policy in a genocidally anti-Great Russian direction, are still nullities in American society—mere bohunk and mountain trash.

Not so the neocons, over whom the aging Norman Podhoretz still strides as a loathsome colossus. Wolcott does great work in exposing this intellectual pervert’s neuroses; indeed, in displaying just how absurd is this arriviste, bounder, and low-born Brooklyn Zio-fascist schemer; how pompous, how full off snuffling and hot air.

In other words, how much of a joke.

A joke? No. I only wish Podhoretz and his clique, still clinging to their decrepit levers of influence, still making mainstream politicians dance like marionettes, were a joke. But they aren’t. Even if their dark star is in decline, the Jewish neocon intellectuals have largely defined our degenerate American era. Anyway, Wolcott is to be commended for rousing himself once again, probably against his interests, to an act of journalistic defiance of Power. I suspect he will be made to pay for it.

I’ve discussed before my church congregation’s small role in one of the most wide-ranging of the Moscow Patriarchate’s recent pastoral initiatives—its anti-teen lesbian online smut initiative. That initiative has now ended.

Nor will that Internet research project be the last public outreach project that the Moscow Patriarchate will sponsor among its flock here in the United States. Word is that Patriarch Kirill will soon be announcing what I will propose be called the Daniel Larison-Gregory Djerejian Initiative.

The Initiative will involve a wide-ranging drive to get Russian Orthodox believers in the United States to contribute funds towards replacing the Lenin statues that tiny handfuls of Nazi vandals, paid off by the Jewish witch Nuland, have pulled down over the years, against the majority will, in the cities not only of Little Russia but also of Belorussia, the Baltic countries, and the former Warsaw Pact lands of central Europe.

“We will bring Lenin back even to Bratislava,” wheezed a chuckling Father Nicodemus after we had finished the last of our Web-based smut scans. He was rubbing his beard with one hand, while kneading in the other a wad of moist toilet tissue that I assume he must have used to blow his ample nose.

(I notice that Nicodemus produced many such wads during our teen lesbian smut research. I suspect he becomes congested in the admittedly dusty, and thus allergenic, air of my study; yet, on the other hand, it occurs to me that I rarely heard him actually sneeze, though many times I heard him whimper and snort while, with his left hand, he vigorously fingered his rosary in his lap, under his robes.)

“We will put the statues back. We will defy the cosmopolites, the fascisto-sodomites, the adepts of ‘liquid modernity.’ We will teach them obedience and the spiritual power of a People grounded in the soil of a Culture, embodying an organic historical Unity. We will discipline their women—those impudent, immoral, supposedly ‘liberated’ cunts.”