The Penis Is a Social Construct 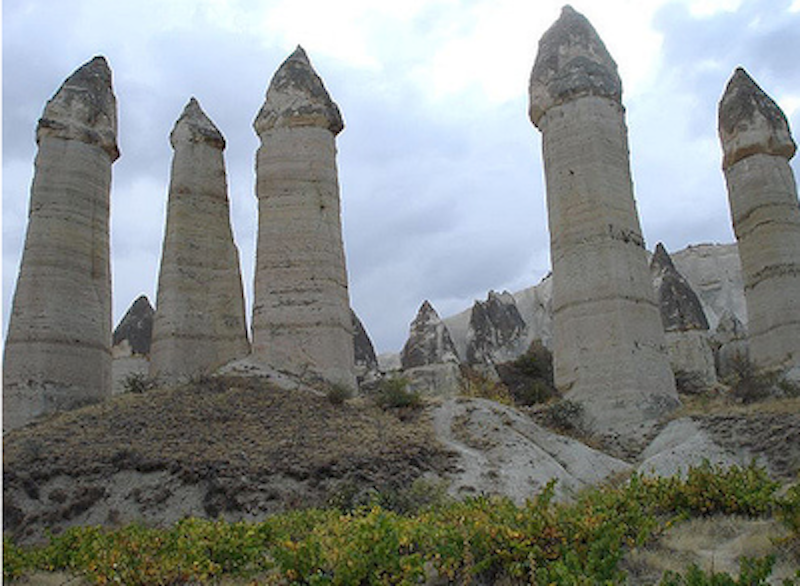 Last Friday, U.K.-based online academic journal Cogent Social Sciences published a paper entitled “The Conceptual Penis as a Social Construct” that opened with this sentence: “The androcentric scientific and meta-scientific evidence that the penis is the male reproductive organ is considered overwhelming and largely uncontroversial.” The paper’s co-writers, listed as Jamie Lindsay and Peter Boyle, then made the case that it's not quite this simple—that the penis is most accurately viewed as a “gender-performative, highly fluid social construct” that’s responsible for some bad things in this world.

Lindsay’s first name is actually James. He has a doctorate in math, a background in physics, and is the author of four books, most recently Life in Light of Death. Boyle’s real name is Peter Boghossian, a philosophy professor at Portland State University and author of A Manual For Creating Atheists. Their paper was a hoax, which they explained in a piece they wrote for Skeptic magazine. Lindsay spilled the beans on his successful prank in a conversation we had recently.

Splice Today: While reading your paper, I burst out in laughter several times. You didn't hold back at all, going so far as to claim that the “conceptual penis” has even hastened global climate change.

James Lindsay: It's pretty over-the-top, by design. Peter has indicated that I have something of a talent for that kind of thing. Who knew?

ST: I'd certainly agree. What motivated you to pull this stunt off?

JL: Peter and I were talking about some fantastically ridiculous paper that had been publicized by @RealPeerReview, so we came up with the idea to hoax the gender studies discipline if it would publish such obviously ridiculous papers.

ST: Do gender studies programs have a particular bias?

JL: I think fields like gender studies have a preference for a certain linguistic and pseudo-academic style and a bias toward anti-male attitudes, both of which follow from postmodern thinking.

ST: Were you inspired by previous hoaxes?

JL: We did it in homage to physicist Alan Sokal, who in 1996 lampooned outrageous abuses of mathematical and scientific terminology in postmodernist social criticism. He was able to convince the editors of Social Text that his sham article was legitimate.

ST: It seems some of these editors are vulnerable to flattery of their ideological preconceptions. Much of the language you employ in your paper is preposterous. For example, you reference “pre-post-patriarchal society.” How did you come up with it?

JL: I turned to the Postmodern Generator to get some phrasing, read a handful of abstracts from papers on @RealPeerReview's feed, and did what I could to copy the way they used language, trying to use their lingo and style essentially to subtly bash men and masculinity.

ST: You posited that men “manspreading” on subway cars are actually “raping the empty space” around them. That's not too subtle. Did you have much concern you were laying it in too thick?

JL: Only after I had made it less cogent following the reviewers' notes. Then I became scared that the stuff about manspreading, which was added during revisions, would blow it. It didn't. I even had to highlight all of that so that the reviewers could see what we changed and approve it or not.

ST: In that case, maybe it was the manspreading bit that sold it to them. The paper lists you and Boghossian as being affiliated with Southeastern Independent Social Research Group. What's that?

JL: It's a fictitious affiliation I made up.

ST: What’s the process of getting the article published like?

JL: About a month after we submitted it, we got an acceptance email, pending revisions, with the reviewers' notes. One reviewer gave it "outstanding" in every applicable category. The other gave it "sound" in nearly every category and "sound with minor revisions" in one.

ST: Outstanding? I'll bet that reviewer really liked the part where you described men without children as those “unable to coerce a mate.” How surprised were you they published this?

JL: Extremely. Peter was less so, especially after watching one after another nonsense paper appear on @RealPeerReview, none of which, to anyone's knowledge, are hoaxes.

ST: It's hard to imagine what was going on in the reviewers’ heads. I couldn't find one single comprehensible point in it.

JL: Yes, Peter and I proofread it to make sure there weren't any comprehensible points.

ST: In the conclusion you state the penis as a social construct is “the conceptual driver behind much of climate change.” You're telling me they didn't push back on this one?

JL: They really liked the conclusion. There was no pushback about any of it, though. One reviewer said we didn't sufficiently develop the post-structural discourse analysis, so I added some references to it, played it up a little, and added a quote from Foucault. That seemed to have helped.

JL: The style is ultimately postmodern academic puffery, a kind of pretension that has gripped too many fields since the 1990s. It's socially Marxist in the idea that the current social hierarchy is damaging and equality can only be achieved not by softening it or correcting it but by inverting it. Thus the anti-male bias and soft-spot for conclusions that draw from the "discourses" of marginalized identity groups.

ST: Cogent Social Sciences isn't an elite academic journal, but it has credentials, including a list of 17 academic indexes it belongs to. How do you assess the general state of affairs in the gender studies field that your hoax has shed light on?

JL: Had a big gender studies journal taken this paper, I think we'd be able to conclude the bias is obvious and fatal to the field. Because Cogent is open access, thus pay-to-publish, it's harder to say in this case. Gender studies has long been accused of being crippled by ideological bias and obscurantist language, and I think our prank reinforced that opinion.