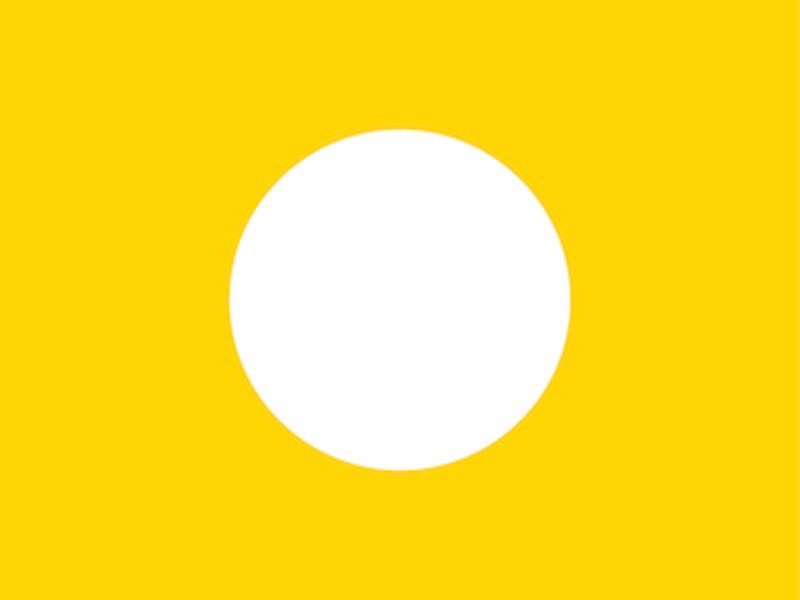 He woke at the darkest hour, tossing aside the blanket. The icy air stung. Regardless, the young man knew he had to be up long before the sun rose, every minute precious before the orb’s full fever manifested, before it decimated all in its view with an oven's blast, a curse worse than cold.

He built a fire, warming his hands as tea brewed, ate a small breakfast of dried fruit and flat bread. Then he was on his horse and on his way, in a robe as white as the sun.

Dawn broke and began consuming the vast desert like a hungry monster.

The hypnotizing monotony of the morning wore on. He passed the hours lost in meditation, his horse galloping the sand like a hound on a scent.

At noon, his hand a visor over his eyes, he saw a mirage or an oasis. In an hour it was surely the latter. In another hour he was there, before him a large lake, scrubby greenery and lush grass carpeting the ground, exotic birds resting in tall palms, a herd of a half-dozen elephants lumbering into jungle: an island dense with life in a sea of desolate sand.

He led his horse to water and they both drank slowly. Then he stripped and dove in, swimming for the first time since he'd left his village the day before. Under the surface, a green cool world teeming with life, perfect counterpoint to the arid death of the desert. Schools of brilliantly colored fish swam by, dappled crabs scuttled below. He touched the mossy shell of a massive turtle as it breast-stroked before him. He wished it well, felt a kinship. Finally he burst to the surface, gasping for air, shaking water out of his eyes. He lay lazily on his back in the water, looked to one side as two water insects lit, long legs extended, bobbing on the surface. He wished them well, too.

On shore, refreshed, drying off, he was startled to spy the figure on the far side of the lake, waving.

Even from a distance she could tell he was gentle. There was an aura about him, so gentle she felt no fear in waving to this stranger.

He donned his robe and rode to her, dismounted in graceful sweep, bowed from the waist, and introduced himself. He was, he stated, the last member of his tribe. Smiling at this young man with the cracking voice, she introduced herself and gestured to the ridge, to a caravan: her clan, their tents and camels. Hearing the singing and laughter, the bells and drums, the drones and flutes, he felt an ineffable sorrow.

They sat cross-legged on the shaded shore beside wildflowers, ate a meal she provided of dates and figs, milk and honey. He climbed a tree like a monkey, tossed her a coconut, laughing. For the while, his dreadful memories vanished.

Splendid in an indigo robe, her skin was dark bronze, her eyes a moonless night, her fingers long and delicate, her feet slender and bare, lapped by the lake. Her hair was like that of a black lamb, and scented with frankincense.

After eating, they walked along the shore, and as they walked, he was so dazzled and dizzied by her beauty he struggled to maintain his balance.

He told his tale, of how he'd traveled from his village to Galilee to trade goods for gold only to return home to a scene of annihilation, a savaged scorched skeleton in place of the settlement: burned huts, fields of ash, bodies blistered and blackened, the stench of death everywhere. Raiders had struck, left no stone upon a stone.

“Our village life wasn’t perfect, but in its own way it was, well, perfect. Everyone had a role, a place, a job. Maybe your job, as an infant, was to howl to let mama know it was feeding time. Or perhaps your job, as an elder, was to instruct the younger ones in tradition. Or you wove yarn into fabric? That would be your contribution to our life, our fabric. Now it is gone, all gone…”

Still he clung to a hope. Among the traders in Galilee he'd heard fantastic stories of a man, a man wiser than any king or priest.

“Although a carpenter, he can answer a complicated question with a simple parable, its very simplicity layered in meanings. This is a man, they tell me, who can work incredible magic, who can walk on water! A man who places his hand on blind eyes and they see; a man whose touch makes a leper clean; a man who can feed thousands from a single basket of bread; a man who can, even, command the dead to life!”

“In the marketplace I spoke to a fellow who was there when a leper was cleansed. He told me the crowd gasped, fell back in awe. He told me he reached to touch the hem of the magician’s garment, and looked up into the eyes! The eyes! They were fire! And a still sea at the same time!”

The tempo of the young man’s words quickened as he continued: I must speak to him. Multitudes follow him, he’ll be easy to locate. Don't you see? He can raise my village, my people, make it all as it was, exactly as it was. I must find him, implore him. He'll help, the boy said, nodding quickly, staring at the earth, then into her dark eyes. “I can pay him. I have gold. But I don’t think he wants gold, the very offer might offend him. He’s not like other men, he’s something completely different. Some fear and loathe him. I’ve heard rumors, some want him dead; he’s a threat to their power. I must get to him.”

Silently she sent a prayer to the rising stars that the heavens would favor her new friend.

They stood and embraced for a moment, and she whispered in his ear, before she walked toward the glowing and crackling campfires in the distance, her robe dancing about her ankles in a full moon's silver.

He woke at the darkest hour and for a moment, in the cold, he savored the dream, the girl at the oasis, hugged its nourishment before it diminished to a wisp in the wind, before reality clawed in.

He was up and about, busy, building a small fire for tea, commencing this second and final day of his quest, to get to Galilee, to find the wise man who, he was certain, can walk on water, the magician who can bring the dead to life.