In and out of Greenpoint. 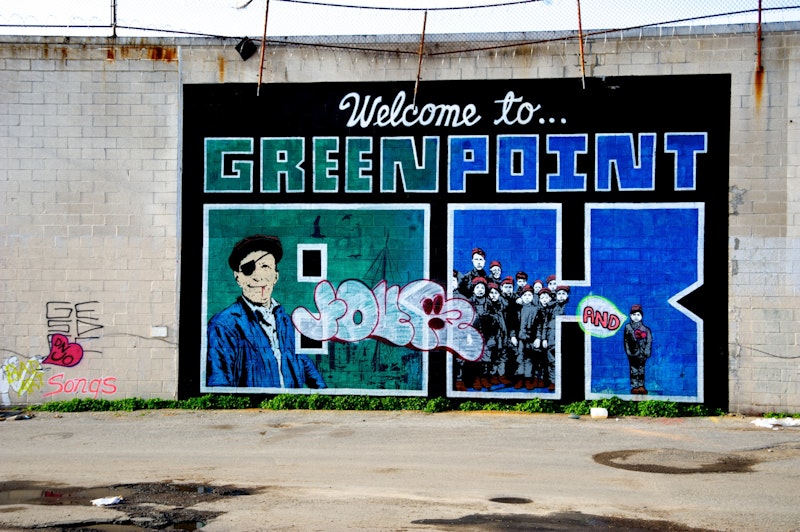 There’s a specific train line which sounds like a thunderclap when it comes to a stop at either of its two terminals. It’s the Brooklyn G train. I recently stopped taking the G train to work. Not because I’ve been fired, but because I moved out of Greenpoint. The G is the only train that directly services this neighborhood.

I moved to Greenpoint to be closer to my job. I was ushered into a new position and my commute threatened to balloon to nearly an hour. Moving enabled me to be within 15 minutes walking distance. It came at a price. I found a loft room on Craigslist. This room cost around $1,000 a month. It had one, albeit large, window. During daylight hours large transport vehicles and hot-rod vehicles provided a soundtrack that heralded dystopia. I didn’t know my new roommates, but my new commuting distance made these concerns immaterial. I was willing to be blinded by convenience.

The neighborhood revels in the extremes. There’s the sonic cataclysm of the main boulevard. However, there are also many quiet streets lined with tiny yards and homes that appear inhabited not by renters but longstanding owners. This was puzzling, yet filled me with optimism. Not all elderly homeowners had been shattered by the real estate market. They stood to profit should they choose to sell. Some told me that they believe the buffer of McCarren Park has kept Williamsburg real estate prices from making Greenpoint unaffordable. I believe that it’s a psychological buffer. Twentysomethings don’t squeal loudly after being asked to leave the bar at one a.m. on a weekend. People can be seen walking their well-fed Sheeba Enu’s at regular intervals. Strollers are pushed. In brief, Greenpoint simply isn’t exciting enough for Williamsburg types.

The element I remain conflicted over is the reserved atmosphere of Greenpoint. Does it come from an actual financial improvement in people’s lives? Are the people with tattoos serving beer able to make rent? Are there more people living in silent desperation than anyone is willing to talk about? Does it bother anyone that the brown people in the neighborhood live only to fulfill a working-class role of toiling behind the scenes in stockrooms and restaurant kitchens?

I’m glad I left Greenpoint. Where I now live, south of Park Slope, there’s a suburban landscape. The main boulevards are empty at all times. There’s just one bar. It’s cheap. The park isn’t overcrowded at two p.m. on a weekday. And I don’t have to take the G train to work anymore.