No direction home while traveling. 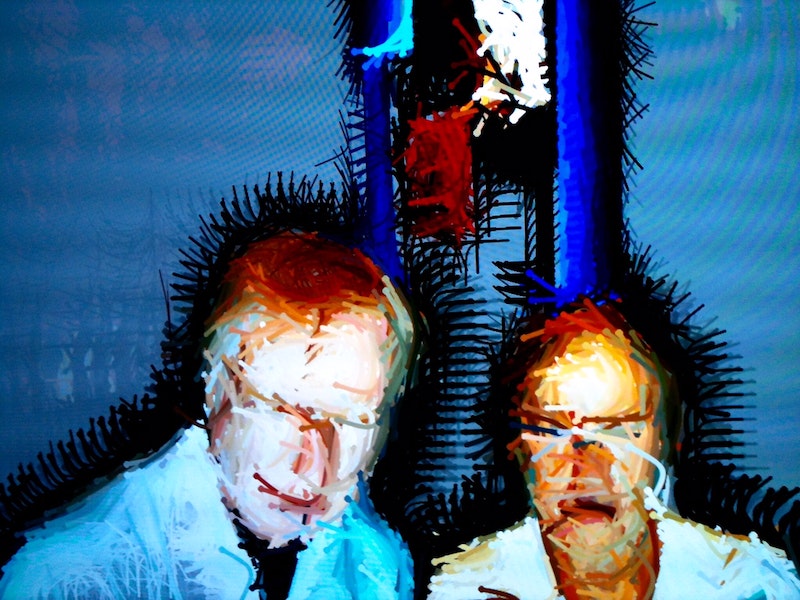 Never been lost in Juarez, but, owing to an abysmal sense of direction, there aren’t many cities I’ve visited where an inclination to look up instead of down while walking hasn’t led to some sort of pickle. Look at the picture above—shot two years ago by my sister-in-law Teresa in London—and you’ll get an idea of how jumbled and blurred my mind gets when after an hour or two of rambling aimlessly the realization hits that there’s trouble all around.

In 1972, for example, my oldest brother treated me to a month in Europe—second time on a plane—to take care of my young niece and nephew (five and three). He’d rented a small apartment in Cannes for the first three weeks and it was my first exposure to the antipathy French retailers expressed towards children, and, at 17, I didn’t fare much better. Years later, in subsequent visits to Paris, with my own kids in strollers, that attitude was remarkably changed, perhaps because I was wearing a suit, and my wife Melissa was ready with a charm offensive. I won’t soon forget the kind staff at the Hôtel Le Bristol, who, upon our late arrival at three a.m.—a Concorde malfunction—not only greeted us warmly, but insisted upon immediately sending dinner up to our suite.

Anyway, while I usually held down the lodgings while my brother and sister-in-law lived it up on the strip, one night I was given the night off, and promptly, at dusk, set off exploring, just wandering around, taking some pictures, resting once or twice for a Pernod at a café. Several hours later, deep in the hills above the water, I was completely befuddled, having no idea where I was. And it wasn’t like I had a cell phone to call the apartment. Then, miraculously, I saw fireworks in the distance, and was able to negotiate my way down to the main drag and find the apartment. My brother, noting the midnight hour, asked where I was, and after fessing up that an internal compass wasn’t passed down by our parents, he laughed and said, “Well, at least you had the chance to see more of Cannes than you bargained for.”

A couple of years later, after getting sloshed on bottles of Tecate at a Plaza de Toros bullfight in Mexico City, my two fellow travelers—friends from Houston—and I were in an urban wilderness. The beer had hit us hard—we hadn’t accounted for the high altitude, 7,500 feet above sea level—which led to some bad behavior, like pissing in alleyways and filching very cool ashtrays at a dumpy outside bar, fortifying ourselves with tequila to find the grungy hotel where we were staying for $2 per night. It turned dark, we made some unfortunate detours, and wound up walking on one of the many bad sides of town, crowded streets with hookers, pickpockets, gypsies, beggars, grifters and card sharks who took one look at our pale (if flushed red) faces and fairly rubbed their hands together. It took some fancy footwork to get out of that jam and find our way “home,” but once it was over, I figured it was an instant classic story for my classmates back in Baltimore.

Not nearly as humorous was a near-disastrous situation in Luxembourg the following summer. I was on a babysitting perk again, but I’d arrived a day before my brother’s family. On the Icelandic flight over, I sat, by happenstance, next to a fellow around my age, who was a real yakker, especially about his favorite rock groups ZZ Top and Grand Funk Railroad. I’ve never had a migraine, fortunately, but listening to this redneck play air guitar and sing “Tush” made my head throb and count the minutes until landing. I’m not generally rude, and though I declined his offer to hang out—the offer of some hashish that he stupidly packed in his knapsack was tempting—I shook his hand, chucked the scribbled note of his address and found a cheap hotel to spend the night.

It was late in the afternoon, and I went moseying around, again, paying no attention to street signs or landmarks. An hour later—with my traveler’s checks and passport back in the room, and no card with the hotel’s name—I was hopelessly lost. After congratulating myself for finding an area that looked familiar, I went into nearly a dozen hotels with my key—number 27—and tried to open each door. No luck, and I encountered a few people who were not at all pleased for the interruption (I can’t speak French but no translation was necessary). Among my many misadventures this was by far the worst, and just before full-blown jet-lagged panic set in, I finally found the hotel, marked by flowers that were dangerously askew, hanging from the third floor. Once there I stayed put, reading a novel, and minding my p’s and q’s before meeting the family at the train station the next morning.