Maybe I'm in too deep. 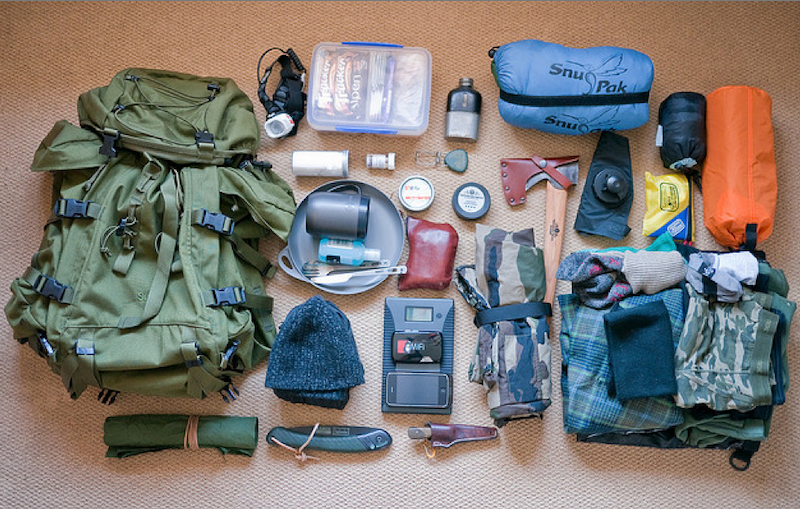 For the past couple of years I’ve had a thing about zombies. Or, more accurately, about the end of civilization. I fantasize about what I might be able to do if the various social constraints we all live under were ever to come down. I’d imagine creating my own zombie-proof garden on the second floor of some half-built building, or putting together an armored mobile home, or, even better, a floating fortress on which I could sail away from all my problems. But it wasn’t until I read an article about doomsday preppers that I realized my fantasies, the little games I play in my head, are a way of life for some people.

What we allow ourselves to obsess over says a lot about not only the kind of people we are, but also the kind of people we want to be. I, it seems, want to be the kind of person who’s ready for anything, who knows how to do anything, how to make anything, how to survive anything, and how to look good in the process. This hardly makes me unique. But it does mean that I have some interesting peers—people I wouldn’t generally associate with. They’ve taken on many labels, and had others thrust upon them: survivalists, preppers, paranoid gun nuts. But there are many things I’d like to know how to do, and often there are websites and YouTube channels to learn from. So I’ve started to read and watch them, and along with knowledge I’ve also received a pretty liberal dose of crazy.

Because while I’ve found many examples of rational, well-adjusted people who happen to love backyard chickens or home brewing, who know how to set a broken bone or start a fire without tools and who, for varied reasons, decided to share that information with the online community, I’ve also found crazies. I’ve found forums where they get together to debate the pros and cons of gas-powered escape vehicles and whether or not civilian-issued anti-radiation pills are effective. I’ve found PDF’s full of gun specifications, survival tips, and acronyms. From SHTF (Shit Hits The Fan), to HYST (Have Your Shit Together), to TEOTWAWKI (The End Of The World As We Know It), there are so many ways this online community has found to make itself appear a little more serious.

None of it is really necessary. Behind the silliness of zombie-survival books and pamphlets and websites, behind the absurdity of survivalist training camps preparing their members for the great race war or the supposedly inevitable collapse of government, lies a simple question: what if shit ever does hit the fan? What if the societal norms under which our various jobs were formed—teacher, lawyer, construction worker, etc.—suddenly change? It’s a desire to break out of these roles that drives so many apocalypse fantasies. That, or the desire to never make another student loan or mortgage payment.

And while there is, I hope, a huge difference between people like me and people who really believe this knowledge will soon be a matter of life or death, I can only be so sure. I’ve always been interested in how things are made, especially when they’re no longer made by individuals. Beer, medicine, or even fresh tomatoes—stuff most of us rely on others to produce. I want to know how to do these things because I value independence in a much more general sense. Still, I can imagine how easy it’d be to allow my interests to become obsessions, to allow my fantasies to become reality. So, for now, I’m going to take a break from the Internet and go live in the world as it is, and try to forget about prepping and acronyms.