Rooster tries to be finished with everything. 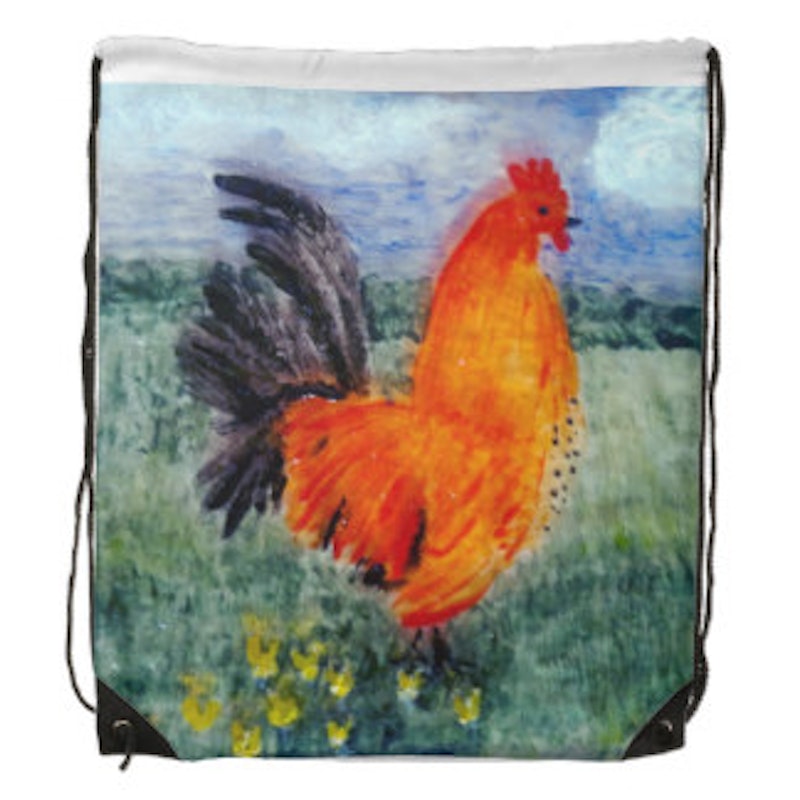 “Ah, yes, these are perfect. Just perfect. Thank you, Rooster.” Dmitri closed the briefcase and patted it down, massaging the leather, smiling in glee. The bodyguards just stood there, looking nowhere but surely capturing every detail of my coup for future reference. If things went bad... If the package wasn’t just perfect... Dmitri brought the briefcase to his face and kissed it, rubbing his entire sweaty head all over the thing, covering it in drool and loose snot. He had a cold. Maybe I gave it to him. We roosters carry a lot of diseases, if you didn’t know. He could’ve picked it up on the way in. I got out of my chair and reached for the knapsack under my chair—the rest of the delivery. I zipped it up and handed it to Dmitri, still enthralled by the leather briefcase full of bills. I packed everything early—it was nerve-wracking having Dmitri over again after the last time when he took my cousin Hokey by accident. It wasn’t his fault though, Hokey ain’t too bright. He thought the knapsack was a comfy new nest. We were all worried, and I was absolutely mortified, sure that dim Hokey had been accidentally shipped to Russia in cargo and either malnourished and neglected to death or summarily executed. Luckily he showed up a few days later, asleep in the same knapsack I was giving to Dmitri now.

He finally looked away from the briefcase. “I hope there are no surprises in here, my friend.” I shook my head. I was so close to clearing my debt to the Russian Mob, and getting this all together was stressful. I didn’t feel like going to Guantanamo again. Weak Dmitri and his men in black left promptly after that, and I retired to my nook for a siesta. Monica wasn’t due home until six, and I had some eggs to keep warm for her while she was at work. I didn’t sleep much the night before, so I staggered over to the barn a bit dizzy, found our place and hit the hay. I conked out immediately, and all afternoon I dreamed about freedom, true freedom—no paranoia, no anxiety about debt collectors, politicians, mobsters, and members of the Boehner family breathing down my hack. If only I could have no stress in my life. Just Bennington. Only Bennington to worry about. That would be fine. These last few years have been too much.

Monica shook me awake screaming, "Where’s the egg? Where’s the egg?" I wiped the crust off my eyes and stood up, totally bug-eyed when I saw that our little one was missing. I don’t know what could’ve happened. I fell asleep on… I mean… I was pretty sure I fell asleep on our baby. "WHAT DID YOU DO?" She’s hitting me with her handbag while I’m struggling to collect myself, and I realize I… I… I…

I gave Dmitri the wrong knapsack. I knew one day, I might have to commit suicide: to avoid imprisonment or heartbreak. But embarrassment? No. I had 50 of the same knapsacks lying around, we started pecking through them, all the while her screaming "WHY THE KNAPSACKS?" I don’t know, Monica. Why anything?