All media is now at peak-National Enquirer showtime. 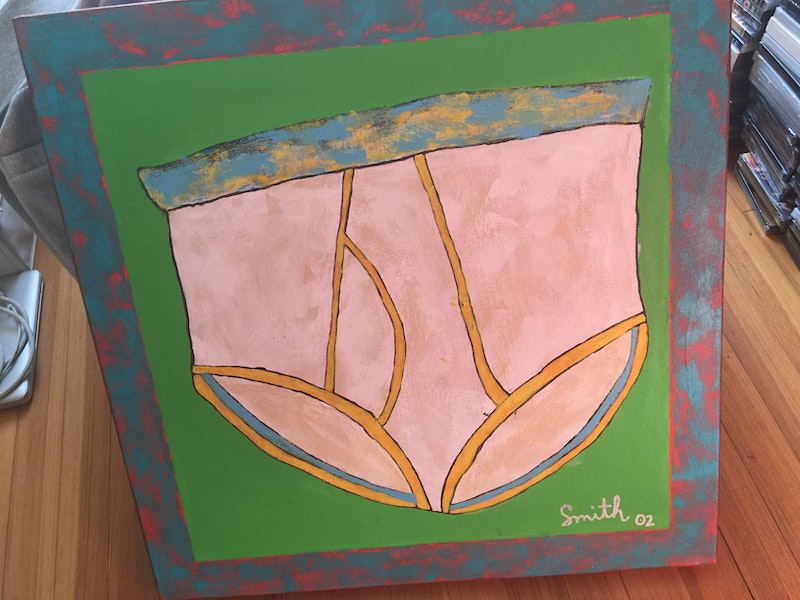 I’ve got blisters on my eyelids. Not an uncommon affliction, given the wooden-nickel quality of what “news” can be found online today—rumors dashed out by onetime journalists who are tasked by beleaguered superiors to write as fast they can. There’s continuous speculation fueled by whimsy (The New Republic’s Jeet Heer, who’s more visible on Twitter than his does-it-still-exist? place of employ, tweeted the other day that the Mueller probe will result in the worst political scandal in American history—“Bigger than Watergate. We’re headed for legitimacy crisis.”—and this was written on the first day of indictments!). Statues of Teddy Roosevelt, just a few years ago considered a Top Five president, are defiled for his alleged racism. “Male feminists” (an odious, self-congratulatory term) like The Washington Post’s Dana Milbank are seeking penance for not recognizing the tawdry, predatory sexual misconduct of his friend Leon Wieseltier when both worked at The New Republic.

The National Enquirer, for years a cash machine until the fall of print, was once smugly dismissed as “a supermarket tabloid” by the legacy newspapers, but now all media is shaped in its image. The recent spate of sex scandals—Harv, Toback, Spacey, onetime New York Times bigwig Michael Oreskes, Brett Rattner, Matt Taibbi, Halperin, Wieseltier, Dustin Hoffman, Louis C.K., and probably five more by the time this is posted—is pure Enquirer, which was, in a sense, social media before social media existed. Watch Tom Cruise get nailed: that’d flip Hollywood’s lid. And if the Enquirer still had juice, the weekly would feast on Trump and Hillary. But it’s been rendered irrelevant.

I’m not often nostalgic for the Clinton presidency—although, like many, I thought the 1990s was a rollicking decade—mostly because Bill was so insincere and solipsistic, making hour-long speeches that had no content. He was a brilliant political strategist, from hayseed country who, through a combination of luck (Ross Perot’s populist candidacy and incumbent President George H.W. Bush belief that his reelection was in the bag) and sheer persistence won the presidency in 1992. He was Donald Trump before Trump, although in fairness a touch less grotesque. It was a shake-your-head-moment when Clinton, in April of 1994 (months before he had an inkling that both chambers of Congress would flip to the GOP that November) embarrassed himself by answering the question of what underwear he favored at a “town hall” sponsored by MTV. Clinton replied, “Mostly briefs,” and dignity took a wallop. (Above is my wife Melissa’s 2002 painting of a foul example of briefs.)

My old friend Taki, in his latest Spectator “High Life” column, was on the nose writing about the disintegration of New York City (and, though not said, the rest of the country). And this was before Tuesday’s Tribeca terrorist attack by Sayfullo Saipov, the Uber driver who yelled “Allahuh akbar” before a cop shot and apprehended him.

Taki writes: “On the Upper East Side, where I live in a 1920s building, things are as bad as they are downtown or over on the West Side. It’s the people, stupid, not the place. Never have I seen a less glamorous or worse-looking bunch… Women and men are short and squat. Women wear leggings and trainers and men wear ghastly docker shorts and tight sleeveless T-shirts that accentuate their obesity… It is a horror show like no other. Fifth Avenue is now a no-man’s land because of the gawking tourists. Further west, the sleazy shops that sold cheap sex magazines and videos and made Times Square naughty and unique, have been replaced by giant Apple Stores and mega shops that sell paraphernalia emblazoned with professional team insignias.”

The written word has devolved into a stew of clichés and Internet-speak. For example, I often like the reporting of Boston Herald Red Sox columnist Michael Silverman, but last week, on the topic of the Sox’s lack of offense, he jotted a slew of ghastly sentences that, not so long ago, when fact-checkers still had a place in journalism, would’ve been returned to him, perhaps with an admonition not to text in his copy.

A Whitman’s sampler: “Giancarlo Stanton is not only the best pure power threat currently residing on the planet… But as desperate as the Sox are for power—yep, they need it baaaaad—they have to take that proverbial cold shower and resist trading for [Stanton]… It feels funny to be preaching fiscal responsibility to the Red Sox. Should I care if they bust the payroll threshold and pay countless millions in luxury taxes for what might be decades if not centuries?”

I agree with Silverman: Stanton’s a health risk, has an onerous contract, and his current team, the Marlins, would demand in return the likes of Andrew Benintendi and Mookie Betts, just for starters. But really, Silverman’s joke falls flat about the Sox paying luxury taxes for “centuries” and that Stanton’s the best “power threat on the planet.” Planet this, planet that, am I in Perry White’s newsroom?

Come to think of it, my mind is wandering and I’m thinking about Bob Dylan’s recent tribute to his late friend Tom Petty in Colorado, singing the 1991 hit “Learning to Fly.” At 75, Dylan still doesn’t give a shit what people think: his cover of the song is crisp, respectful, and you can actually understand the lyrics. Maybe Dylan’s deluded in thinking he’s fooling anyone with his unintelligible concerts, which is his shtick, but he’ll do that until he drops. I’m reading Joe Hagan’s juicy biography of Rolling Stone founder Jann Wenner, Sticky Fingers, and when the author, in his research for the book, asked Dylan what RS did for his legacy, the septuagenarian, who’ll live for “centuries,” replied: “I have no idea. You’ll have to ask [Wenner].”