A heavier-than-average weight is a fact, our perceptions of it are historically, socially, and culturally constructed. 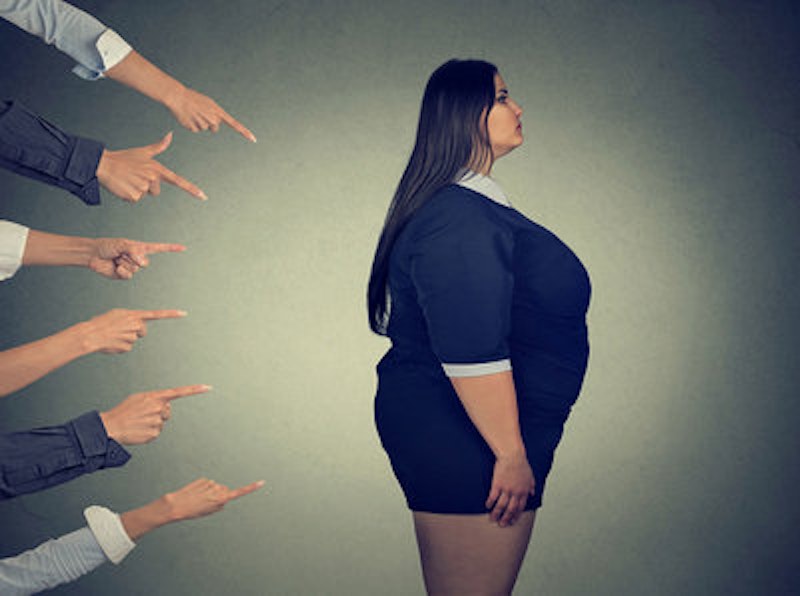 According to tabloids such as the National Enquirer, the weights of our top celebrities weigh heavily upon our overburdened minds. Weighty thoughts, to be sure, especially when we can ill afford the extra baggage. So we do what we do, by which I mean we weight-shame them and weight-bait their failings. Women come off worse than men, which is the case always and everywhere throughout recorded history, but such heavy criticisms are never not negative for nobody.

It hasn’t been like this since time immemorial, because while a heavier-than-average weight is a fact, our perceptions of it are historically, socially, and culturally constructed. The big were once thought beautiful, whereas today they’re shamed. Except now there’s so much “big IS beautiful” stuff out there, featuring a new crop of beautiful people who would probably be acclaimed beautiful semper ubique et ab omnibus, that is meant to counteract that. The easiest article to write is a superficial one highlighting big beauties and dismantling the whole “fat is ugly” ideology that is now probably held only by angry thinspo types and catty old school fashion people. It’s easy; it’s probably troll-proof because trolls will be too busy trolling more controversial topics.

But honestly, the new bigger beautiful people are every bit as beautiful as the old beautiful people. The media stream into which we each step but once demands beauty as the price of entry; the selfie allows us to approximate it, control it, perhaps even convey it. I’m surrounded by beauty. “We live in a beautiful world,” sings the insufferable Chris Martin, and I guess he’s as right as any other cliche-spewing stopped clock.  Yet we’re still saying “________ is beautiful.”

We say that even though ugliness remains something’s that’s possible, and it should be amenable to admiration, or at least admired more than it presently is, when it is at best merely tolerated and at worst pitied. In those dark ages when my father was playing pro football, he was a chiseled 220-pound adonis; by the time he died, he had transmogrified into 300+ pounds of sheer bearded weird. While not an entirely conscious approach, it was, I contend, his ultimate (i.e., final, last) strategy for surviving a world that does not give a crap about us. Because it doesn’t, you know. Not for the beautiful, big or otherwise, and certainly not for the unlucky ones who aren’t even that.

So the transformation of Marlon Brando or Orson Welles from what they were to what they became, has-been actor/directors now too big to fail or succeed, warrants attention not for what was lost but for what happened. Neither pursued a course of steroids or radical plastic surgery as a way of recapturing lost youth already captured on film. Each became somebody else, like Linda Ronstadt did, like Kathleen Turner did. Of course it’s harder for women, which is the case always and everywhere throughout recorded history, so it was surely worse for those two, but in some ways it was maybe the worst of all for Welles and Brando because so much—everything!—was expected of them.

But is any celebrity ever ugly? asks the voice in my head that accompanies me always and everywhere. The voice is insistent: dude, your argument here is failing because it’s weak, it’s nonexistent, it could never be run under a clickbait headline. Or maybe it’s just that anyone who announces himself or herself, who speaks to me in any way that resonates, isn’t beautiful or ugly, but simply and truly is, and that is can change, at least sometimes… and who are we to condemn it for changing, and who are we to condemn it for staying the same?

I wish I could be more certain or get angrier about matters like this. If my anger were raw and unpolished, I might have a noble purpose: an enemy to be overcome, a foe to vanquish, a wyvern/wereboar/owlbear to slay. But I have nothing besides time, with less of it each day, and eventually I’ll become something else, perhaps even a dead ringer for Orson Welles at his all-time heaviest weight, and you’ll only know me as that or nothing at all.