How to Be American 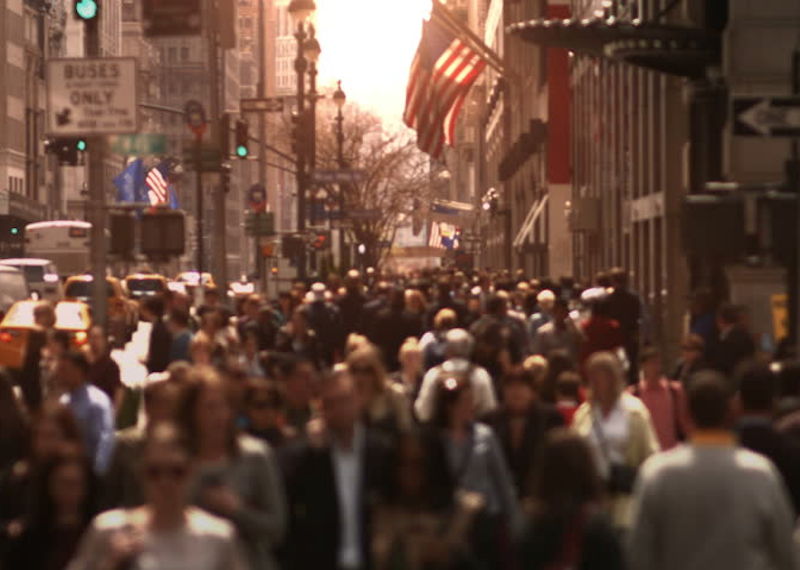 Assimilation of newly-arrived immigrants to the United States didn’t used to be a problem, whether personal or public. Escaping war-torn homelands or totalitarian regimes, immigrants came to America with not only hope for a better life but with a readiness to act on that hope. I did the same. In 1996, after surviving the war in Bosnia, and almost four years in a Czech refugee camp, I arrived in America. It was a long process of applications, rejections, and appeals, but I made it here and have since become an American citizen.

Recently, however, assimilation has become sensitive. According to the leftist mindset, immigrants don’t need to assimilate at all. The very concept of assimilation is treated as an immoral and dirty deed. No doubt, the word itself may imply a type of existential disappearance. Many immigrants will always have that longing for the homeland that they have left behind. This is a natural part of being an immigrant—the uprooting is never easy and the uprooted carry within themselves many burdens. But having a longing or experiencing a loss of something which can never be regained is quite different from assimilating to the ways and inner workings of a particular culture. One has to assimilate to any new environment, and particularly in a new country.

This means learning the language, the customs, knowing the nuances of daily interactions—in other words, aspects of the society which will make one a functioning and productive member of that society. But the most important part of assimilation in America is the acceptance of the Declaration of Independence and the Constitution. Without this, living in America, not to mention being an American citizen, carries no valid meaning or depth.

We can explore and analyze ways of assimilation or its current issues ad nauseam. But we’ll be stuck in an argument that deals with peripheral problems. In order to understand why some immigrants refuse to assimilate, we have to look closely at what kind of public life environment has been created in the United States to allow such expressions and occasional acts of terror.

At the center of this problem is the leftist ideology. I refuse to call it liberalism because not only does the word liberalism mean something else (the notion of classical liberalism) but also, even if we accept the concept of liberalism as it stands today, we cannot accept that we’re dealing with the same philosophical movement from the past. American liberalism is dead, and any true liberal should be angry. The current manifestation of leftism is a globalist ideology.

Directly and indirectly, the globalist left has continuously given permission and encouragement to any immigrant groups willing to enact an uprising against fundamental American principles. It’s a mission that completely relies on destruction. This is why it’s very different from actual dissent or civil disobedience that’s part of responsible citizenship.

We shouldn’t be surprised at this because globalism as an ideology is totalitarian in its nature. Its proponents believe in a fictional place where there are no borders, no countries, no laws, and all the differences among people are eliminated. On paper, there’s no such a thing as a globalist government, but just like with any totalitarian system, there exists a hierarchy that relies on the exchange of power.

And yet, even with the ideological insistence that we’re all connected, the globalist advocates are not “citizens of the world,” the way Diogenes wrote about it, or Socrates proclaimed. Globalism is not cosmopolitan in nature; rather, the behavior of the globalists is punctuated and emphasized by tribalism. The reason the globalist left is such a strange beast is because it’s an amalgamation of tribalism and leftist ideology, which also includes cultural Marxism.

How can we be surprised that the fundamental principles of the United States are attacked in such a specific and new way? Of course, to attack core principles of any philosophy is to attack its identity.

This, in particular, is true of America—her identity is derived precisely from the fact that it’s a unique experiment in authentic diversity.

Identity (which is different from identitarianism) breeds separation among people. But it’s naive to think that the annihilation of culture and identity will somehow bring us closer together. In fact, we need that difference in order to have a dialogue. It’s in separation that we may see and explore a link among people.

The connections we have among each other are existential and individual, and any totalitarian system will attempt to destroy the individual in order to enforce an agenda that others have to be terrorized and coerced into.

As Hannah Arendt observed in The Origins of Totalitarianism (1951), total terror “substitutes for the boundaries and channels of communication between individual men a band of iron which holds them so tightly together that it is as though their plurality had disappeared into One Man of gigantic dimensions. To abolish the fences of laws between men—as tyranny does—means to take away man’s liberties and destroy freedom as a living political reality; for the space between men as it is hedged by the laws, is the living space of freedom.”

Arendt is correct: eliminating natural and necessary separation among each nation is to eliminate the individual citizenship and freedom of each citizen. It ought to be up to each individual how they express the connectedness with another individual. Borders are necessary because by our own nature, we create boundaries. Even on an existential level, we’re not perpetually vulnerable. We protect ourselves until we determine that it’s safe to be close to another person.

When a globalist ideology pursues an erasure of borders (politically), it’s coercing individuals into a sphere of unwanted intimacy. It’s denying that there’s such a reality as an individual and it will stop at nothing until the individual is assimilated into an abstraction or a concept. This type of assimilation renders individuals stateless and a stateless person is a displaced person as well as a voiceless person. Can one think of anything more un-American than this?

There’s no formulaic way of being American. That’s one of the unique aspects about America. American identity is filled with nuances of human condition and many paradoxes and tensions, between realism and idealism, virtue and hypocrisy, secularism and God. But the central point in this instance is to focus on being American, rather than defining the specifics of identity.