During fornication, our Diarist fantasizes about Rosemary Clooney. 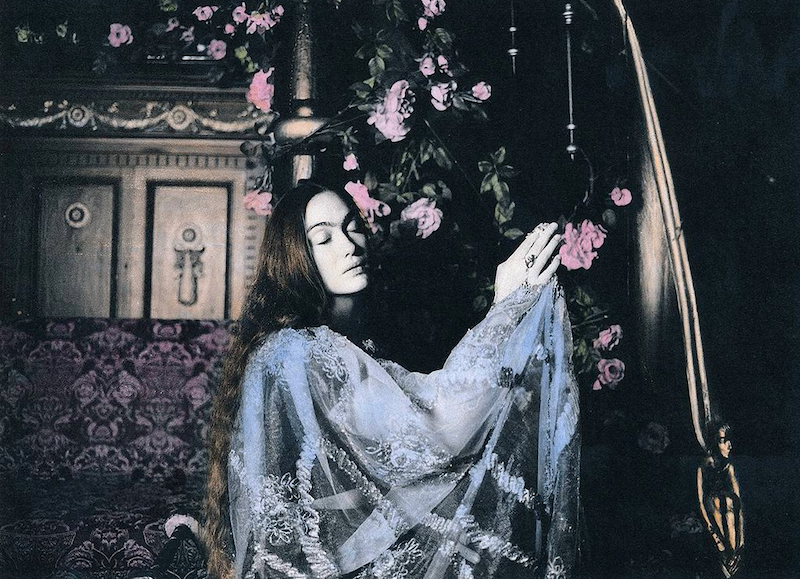 The Dormition Fast has started, initiating the most holy period of the summer. Here at our Benedict Option homestead in Indiana, Mother, Brother Aiden, Sister Marie, Daughter and I have subsisted on groats, beet-greens, and well-water. We turn our emaciated faces to Heaven, in gratitude to the Virgin Mary, theotokos.

Would it be untoward of me to discuss the lovemaking with which Mother and I marked the last evening before the fast? I suspect I wasn’t the only Russian Orthodox convert who was (to use a fine old Russian expression) “taking the stick to” his betrothed on that night before the period of discipline began. A smart thrust of the sword, sandals braced firmly on the good wooden floor so that I could gain purchase—and the deed was done.

Ho ho! Do I surprise you? But in fact Russian Orthodoxy has great respect for the pleasures of the senses and of the flesh, understanding them as analogues to the spiritual rigors of the Logos. The pleasures of the table, the gaudy pageant of a landscape in the midday sun, the lissome beauty of a young boy or girl—these are things for which the wise faith of the Eastern Slavs makes room, in distinction to the dour Midwestern Methodism in which I was raised. No, the tender love of the boudoir is hardly anathema to the Russian church.

Did I say tender love? That’s overstating the matter. We’re no Casanovas. We’re a rough-and-ready bunch, no-nonsense. We’re practical even in our sexuality, using our love-time, as we use all of our time, wisely.

Brother Aiden informs me, for example, that he meditates on the Logos itself as he fornicates. You see, he has a mind like a steel trap; he’s conscious of Father Nicodemus’ injunction that we must use what time we have on this earth to grow closer to the Lord.

Of course, Aiden isn’t perfect. With a winning smile, he recently told me that sometimes during the act of love with Sister Marie his mind wanders towards images of the Byzantine Empress Dowager Theophania, neptis of Emperor John I Tzimiskes, and by historical accounts quite a handsome woman. In the same way, come to think of it, my own mind occasionally wanders during fornication to images of Rosemary Clooney in her spectacular youthful prime.

Greetings to all my Russian Orthodox co-religionists during the Dormition Fast!

Readers of this diary of mine will remember my struggles with the adolescent Daughter’s tendency towards self-pleasure. I’m afraid I took a dogmatic line about her clitoral manipulations, hewing to a “zero tolerance” policy that I see now was a product of my convert’s zeal. Not having been raised in Orthodoxy, and not being Russian myself, I must have felt that severity in such matters would testify to my authenticity in my new religion—it would make me as “true” a Russian Orthodox believer as, say, the fine Donbass warlord Arsen “Motorola” Pavlov, the great Russian fascist philosopher Aleksandr Dugin, or Daniel Larison. Like many converts to any religion, I was trying to be “holier than the Pope.”

In response to my surprise, even my discomfiture, Nicodemus was reassuring.

“Ach, Ivanchik”—for so he calls me, using the diminutive form of “Ivan,” which is Russian for “John”—“Ivanchik, honest Injun, tell me, have you never been known to ‘rub one out’ at the sight of a Latvian teen whore, arrayed in splayed fashion across the porn-browser on your screen? But you see, John, God forgives our manly weakness. It’s his job to forgive. And is it for you, in your humility, to judge him at his work?”

“Honest Injun,” “rub one out”—it’s interesting to see how this deeply Russian man of the cloth, a product of the Ural region, takes with such gusto to the rich tradition of American slang.

More on this soon.