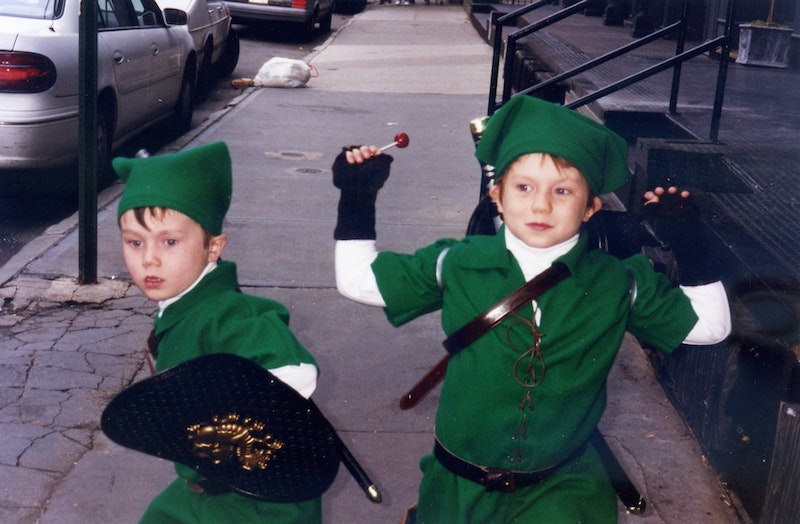 On occasion, my sons (24 and 22) and I will toss around the fantasy question of what decade we’d like to time-travel to for a year’s vacation. We’d be cognizant of being aliens (sort of like the BBC show Life on Mars) messing around, although no mention would be made to the residents of that era. It’s a fun puzzler. For example, I’d like to witness both the French and American Revolutions, but only on a day-pass—not enough modern conveniences, such as indoor plumbing and electricity. The other day, talking to Booker, I settled on the late-1940s, specifically 1948, in Manhattan: post-war, post-rations, a time when New York was exploding as the most important city in the world. Some conditions for the year “abroad”: I’d require the means to live in an Upper East Side townhouse, would be 35, my wife Melissa would be along for the excursion, and we’d be immune from any foul play during our jaunts. Meaning no accidental rub-out from the Mob, getting hit by a bus or conked on the head from falling debris from one of countless developing skyscrapers. Maybe a pickpocket here and there, but nothing serious.

Booker, who along with his brother Nicky, chose the 1990s (which was an excellent decade, undeniably, especially compared to the first two in this century), said my pick made sense since I was born in 1955, and that most people want to see what they’ve only heard or read about, or were too young to appreciate from an adult’s viewpoint. (The boys are pictured above on Halloween in 1999 in Tribeca, both wearing homemade Link—from The Legend of Zelda videogame—costumes, and as I recall, they were ticked off when friends and parents in Washington Market Park thought they were costumed as a pair of Robin Hoods.)

Back to the 1940s: obviously my parents were around at the time, but they lived in New Jersey, with three boys at that time (1948) and were far from well-to-do, happy but stuck in the suburbs instead of, like time-traveler me, swinging at the Apollo or Royal Roost in Manhattan, seeing a young Miles Davis, Billie Holiday, or maybe even Sinatra before he ran afoul of the law, went the Vegas route and eventually into doobie-doobie-do land. This is all hindsight, I must remind you, so no knock on Mom and Dad.

But I’d be wearing custom-made three-piece suits in the winter, seersucker in the steamy summer, a classy chapeau, maybe even spats on shoes that were acquired on a voyage by boat to London. Since money wouldn’t be a concern in this scenario, with a fat bank account at Central Savings, I’d be a man of leisure, and take long strolls during the day, spending hours in Greenwich Village bookstores, one piled on top of each other, buying records (78s) that would range from the jazz giants to Hank Williams and Bob Wills, and maybe even a big band number or two. No air-conditioning of course, but that’s no sweat for me since I love the heat; Melissa, on the other hand, would object, while she was lunching in midtown at “21” and fanning herself with an ornate hand fan from abroad, partaking of the superior seafood (waters not yet impossibly polluted) with friends who’d compare notes on the latest book they read. We’d be a couple of leisure, and who can top that?

Traveling around might be cumbersome, since it’d be before flying on planes became commonplace even for the affluent (save some dare-devils), but it’d be swell to make a trek to Havana before Castro took over (which my mom did, not long before she got married in 1940, and had a ball). But trains would be grand for trips to Boston or Chicago, and who could beat the Checker cabs that have now completely disappeared. No ATMs or computers, but I started banging away on a typewriter as an 11-year-old in the '60s, and timed trips to banks on weekdays, so no deal-breaker there. It wouldn’t be mandatory to meet any of the celebrities of the day, as I’ve never been a star-fucker, but bumping into A.J. Liebling or The Herald Tribune’s Red Smith at a bar might be fun.

Booker was rather glib when I asked him about his vacation. He picked 1996, at the age of 18, “Because it’s an important age and the '90s were a time of enough technology but not too much [He cribbed that from his brother, who was paraphrasing Kurt Andersen]. I like floppy discs. I liked the commercials back then, and different kinds of juices were really popular.”

Nicky also picked ’96, but at 23, since he’d have liked to see The Smashing Pumpkins live at their peak, as well as Elliott Smith, Stereolab, and Jim O’Rourke. Oh, both boys also would spend their year in Manhattan, which presents a curious problem, since they’d be called upon by Melissa and me to babysit their younger selves, which has all sorts of weirdness attached to it. They could sit in front of a tube watching Power Rangers TV videos over and over and over, and make grilled cheese sandwiches.

Nicky, who can’t stand R.E.M. or U2, like most of his friends today, and can barely listen to them, would’ve been able as a young adult in ’96 to remember both bands when they actually mattered in the '80s, before Bono and Michael Stipe became laughingstocks. And, with present-day knowledge, they might both have shown up at the offices of New York Press and started writing for my weekly. Nuts, this is getting impossibly, and improbably, convoluted, so many coincidences to consider, so I’ll stop here, slip on my Vans sneaks and go to Starbucks, talk to myself on the street and dive back into reality.