The Culture War Wages On

We're closer to nuclear war now than we've been since October, 1962. 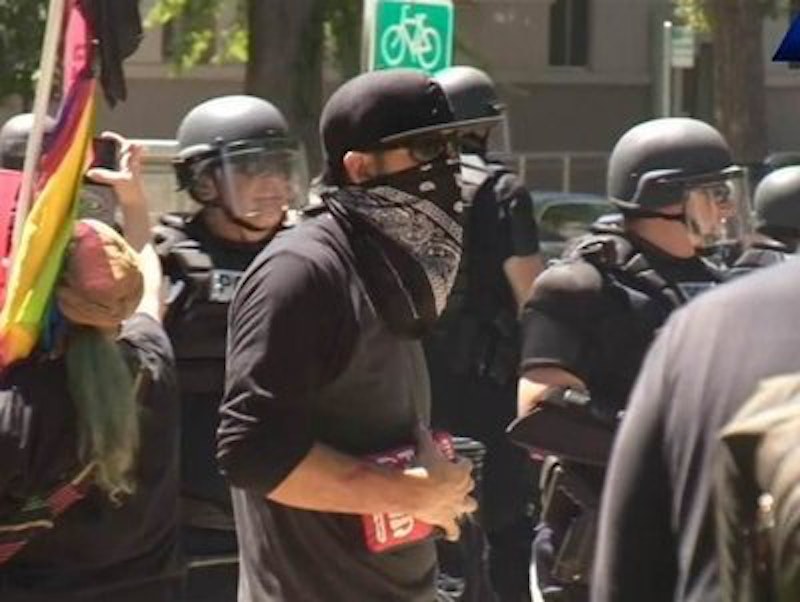 The operative word to describe this year’s presidential campaign is ugly. Donald Trump has the facial expressions of a man trying to pass a particularly large and solid fecal impaction, and Hillary Clinton’s failed attempts at being folksy and charming in no way conceal her smug contempt for the common people. At least Trump dresses well. She seems to be wearing hand-me-downs from Kim Jong-un. Part of it is the fact that she’s built like a fire hydrant, but her wardrobe choices are consistently atrocious. I can only imagine that the focus groups that were surveyed regarding her campaign couture were staffed entirely by hardcore lesbians from Bulgaria. Only she could make a $12,495 Armani jacket look like a burka, and that black leather number she was sporting not long ago made her look like the kind of low-rent dominatrix you’d expect to find on Craigslist in Little Rock, Arkansas. Just watching her stridently mouthing empty platitudes at her adoring rent-a-crowds is torture.

Speaking of torture, we’re told that Chelsea Manning tried to hang herself this past Tuesday morning, perhaps in response to former HSBC Board member and current FBI Director James Comey’s decision to avoid a mysterious and untimely death by refusing to recommend an indictment for Mrs. Clinton. We don’t know much about the conditions of Manning’s confinement since her transition. We do know that Bradley Manning was kept naked, in solitary, in a chilly cell where the lights were always on. There may have been other enhancements. I’ve always wondered whether Bradley’s transition to Chelsea was entirely voluntary. If it wasn’t, it would qualify as a uniquely ugly breakthrough in the science of torture, infinitely more devastating than a few hours with an evil dentist.

On the subject of breakthroughs, ever since President George W. Bush revised our nuclear strategy from the sensible Mutual Assured Destruction policy that served us so well during the Cold War to a Curtis LeMay-style First Strike option, Vlad Putin has been sharpening up Russia’s nuclear arsenal and developing unprecedented delivery systems for those weapons. While we were fucking around in the Sandbox, building aircraft carriers, and funding the disastrous F-35, Russia was developing carrier-killer cruise missiles, stealth submarines, and a hypersonic highly maneuverable rocket that could drop a nuke on Texas in under 30 minutes. The Pentagon hasn’t gotten the memo yet, but our carrier fleet is obsolete, which will be made plain in any future confrontation with Russia or Iran. The current NATO strategy of encircling and encroaching upon Russia and her client states is a fool’s game. We are closer to nuclear war right now than we have been since October, 1962; probably closer than we were then. It’s insane.

Here at home, the culture war rages on. A week or so ago, a band of 30 self-described White Nationalists marching with a permit in Sacramento, California, delivered a sound thrashing to an estimated 150 attackers from a coalition of anti-white groups that came for a fight. It was like a neo-Nazi version of the battle of Thermopylae, very inspiring in a deviant 21st-century way. Once we get the whole transgender bathroom issue sorted out, I expect that the next step will be to further the cause of BDSM expression by having voluntary slaves classified as “service animals,” so they can be led around as close to naked as the law allows in collars on leashes in all public spaces. It’s only fair, but given America’s obesity epidemic, it could get pretty ugly.

The virtue signaling Social Justice Warriors of the faux Left are clamoring for “safe spaces,” free of the microaggressing cis-gendered heteronormative patriarchal white male influence that has so poisoned the minds of innocent young aspiring rappers and basketball players that they feel compelled to attack white cops and grab for their guns. It just so happens that we’ve been building these “safe spaces” all over the country for the last 20 or so years: FEMA camps. Arbeit macht frei, ya know? It’s an ugly job, but somebody has to do it.