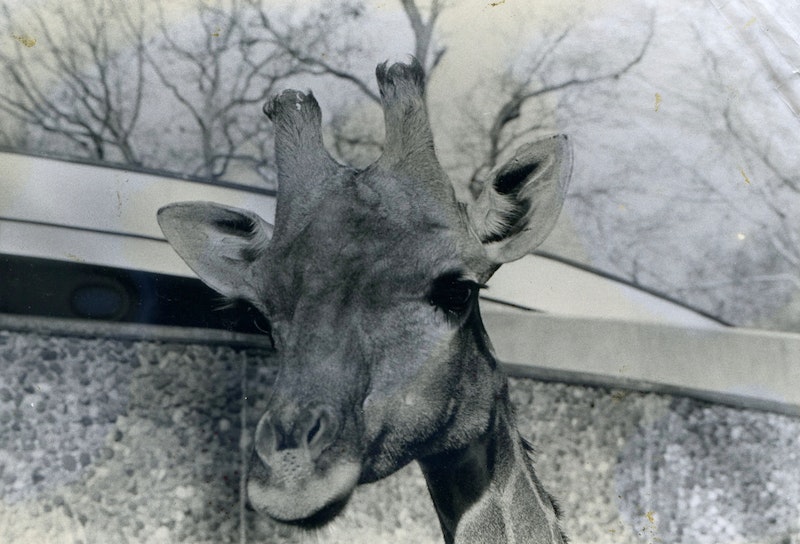 Several days ago, John Lingan—an original Splice Today editor—said on Twitter he’d skip the lengthy reportage about Donald Trump by acclaimed author George Saunders that appears in the current issue of The New Yorker. His objection, the well-read Lingan continued, was that he had no time for “This is the state of the world” writers who’ve insisted upon defining the Trump phenomenon for whatever readers still slog through an article that exceeds 10,000 words. Everybody wants to strike gold like Norman Mailer, whose Nov. 1960 Esquire article “Superman Comes to the Supermarket” was a marker for “new journalism,” and Mailer being Mailer, he said that the story—released just weeks before the election—was responsible for JFK’s victory over Nixon. And it’s true that many authors have weighed in, as if it were their duty to do so for real or imagined audiences. Dave Eggers did, as well as Thomas Frank—easily my favorite left-wing journalist—and, naturally, the soporific Garry Wills. It’s a mini-industry, and I’d guess that several of the 200 or so worthies are secretly hoping Trump gets elected so they’ll have a ready-made book to publish early in 2017. If he loses, it’s all for naught.

I did read the Saunders article, headlined in the print New Yorker as “Trump Days,” and while most of it is rather forgettable—Saunders spent months on the piece, attending the same Trump rallies that others have, speaking with both supporters and detractors of the GOP candidate which elicited the same responses that are now familiar to anyone who follows politics—there were two impressions I came away with, the first far more important than the second.

Saunders, 57, a self-defined liberal who, in his youth, voted for Reagan, is scared that Trump will win. His conclusion: “Although, to me, Trump seems the very opposite of a guardian angel [referring to a poster he saw], I thank him for this: I’ve never before imagined America as fragile, as an experiment that could, within my very lifetime, fail.” Never mind the cliché about the United States as “an experiment”; after 240 years, I think we’re past the laboratory stage—and wince, like I did, when Saunders also evoked the “better angels” of citizens—and concentrate on what he wrote. He actually believes that should Trump win—and he could—the country might fall apart, and descend to the depths of a fascist state where a civil war between “LeftLand” and “RightLand” would set the streets aflame.

I doubt this fear will be noted in the media—one, probably only a handful of people read the story, and two, the thought of a Trump presidency is just too awful to contemplate—but it’s real, and one more indication that the flashy, inarticulate and improbably popular man (in every part of the country), might succeed Barack Obama. As noted before in this space, I won’t be voting for either Trump or Hillary Clinton, but if the former does take office, I doubt the country will go bust. Trump’s repellant protectionist rhetoric would get blocked by Congress—unless like-minded Democrats join in the crusade—as would the ridiculous notion of a building a wall to keep out Mexicans. Abortion will remain legal, as will same-sex marriage and Obamacare is too complex to tear apart. Unless police unions are broken, malicious, trigger-happy (and scared) cops will continue to shoot young black men. ISIS won’t go away. In fact, the gridlock that would overwhelm Trump’s presidency is, despite the obvious disadvantage of seeing his face every day—preferable to what Clinton might cook up with a Democratic-controlled Congress. That gives me the shivers.

The second, and less original, takeaway from the Saunders treatise is the mostly illusory idea that Trump’s supporters long for an America of decades past, when a man was king of his castle. Early on, as if to buttress this claim, Saunders drops names like Ralph Kramden, Jack Benny and Alan Hale, the Skipper from Gilligan’s Island. He writes: “In the broadest sense, the Trump supporter might be best understood as a guy who wakes up one day in a lively, crowded house full of people, from a dream in which he was the only one living there, and then mistakes the dream for the past: a better time, manageable and orderly, during which privilege and respect came to him naturally, and he had the whole place to himself.”

Like other flawed anthropologists poking around the Trump campaign, Saunders misses a key point: Trump’s supporters aren’t just senior citizens, but a broad cross-section of Americans that span the age spectrum, likely a majority of whom can’t remember when banks closed at three p.m. and weren’t open on weekends. I’m a few years older than Saunders, and though I watched Get Smart as a kid, I also came of age during the 1960s, a time of inestimably more social upheaval than today. It was hardly a “manageable and orderly” era, and one of the reasons a lot of adults at the time—voters in my parents’ demographic—cast their lot with Nixon over Humphrey, preferring the former’s “law and order” promises and “secret” plan to end the Vietnam War, over Humphrey’s continuation of the doomed LBJ presidency.

This is the riddle of the 2016 campaign: when Election Day finally arrives, how many people will either proudly or furtively cast their ballot for the bombastic Trump over the disliked, status-quo Clinton? If, foolishly, you follow the daily polls, it appears Trump will be crushed, and a 49-state defeat might occur. Yet, despite Trump’s almost daily gaffes—or what the media perceives as gaffes—and lack of money and organization, his candidacy is the weirdest in memory. The posts of political pollsters, pundits and consultants have almost no meaning: they know nothing more than the “great unwashed.”

Finally, here’s Saunders’ melancholy description of himself and those he likely associates with. “If you are, as I am, a sentimental middle-aged person who cherishes certain Coplandian notions about the essential goodness of the nation, seeing this kind of thing [sometimes violent protests at Trump rallies] in person—adults shouting wrathfully at one another with no intention of persuasion, invested only in escalating spite—will inject a palpable sadness into your thinning, under-exercised legs, and you may find yourself collapsing, post-rally, against a tree in a public park, feeling hopeless.”

That reads like Saunders has already thrown in the towel.