Pining for an era before mass immigration complicated the social fabric. 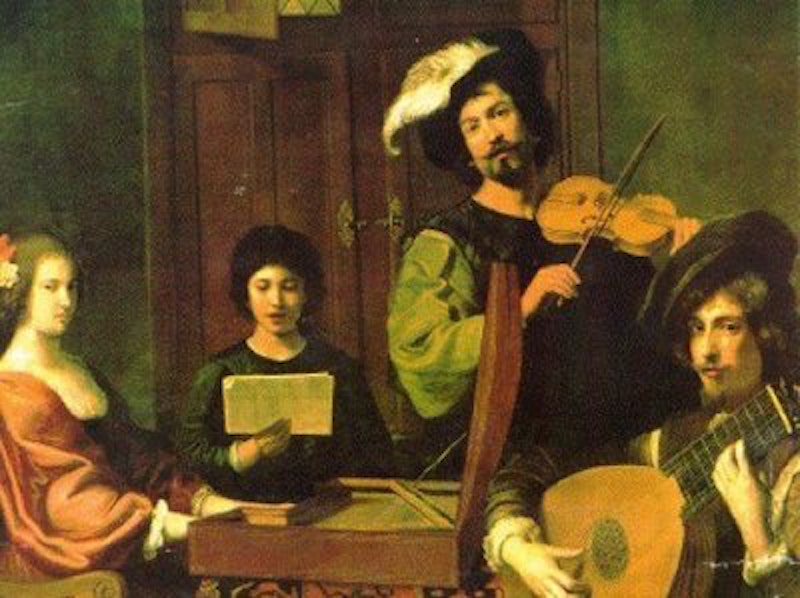 In the weeks since the Russian Orthodox Easter—the glorious Pascha of our Eastern Church!—I have fallen into dyspepsia. There are various reasons for my bad mood, but I offer none as excuses. As a paleoconservative, after all, I must derive satisfaction even from our fallen world; as a devout Christian, I must live in hope that His Kingdom will come on earth, and soon.

I thus should be of better cheer. In that spirit, I present three things that I find beautiful in my life, here in my blessed patch of Indiana.

The American Black. Ah—behold him: the indigenous American Black. What nobility of proportion; what uprightness of carriage; what fine supple skin, like the pelt of an Arab charger. He is easy in his manners, even simple; his intellect is uncorrupted by the sophistries of “intellectuals”; his wholesome ethics derive from the Baptist church. He is a credit to his community.

Yes, I admit that I offer an ideal. My view of the Black American was formed by men whom my grandfather, a not-insignificant businessman in this part of Indiana, employed during my childhood. Elderly Douglas served as a porter at one of my grandfather’s manufactories; young Jacob chauffeured my grandfather’s car; sober Elijah rose up through the ranks in my grandfather’s accounting office before reaching that station at which he was content to stay for the rest of his career, happy to rise no more. What fine memories I retain of these good men. Thanks to them I will always be positively disposed towards the Black man and woman.

I am no nostalgist. While “conservatives” of The Weekly Standard and National Review variety idolize the 1950s, I recognize that era as when the final nail was put in the coffin of the Old American Republic. Henceforth the jingoes, the Wall Street stockjobbers, the imperialists would reign. Yet I do pine for that period before the onset of mass immigration complicated the American social fabric, for that simple, more human time when my own Anglo-Saxon people lived in comfortable symbiosis with the American Black.

The English madrigal. The madrigal is largely a Latin musical form; but here at our Benedict Option community, Brother Aiden and I prefer the English version for our evening sing-alongs. The English variety not only carries no popish connotations; it is also more manly.

Brother Aiden and I accompany our own voices on lute and fiddle, respectively, as we “tuck in” to such fine examples of the madrigal as “Weep, Weep, Mine Eyes” by the immortal John Wilbye. Often Sister Marie and Mother add their earthy contraltos.

I fear that, having entered adolescence, Daughter no longer participates in these stimulating entertainments. Her recreation is lately more corrupt. No matter. Our voices enliven the Indiana dusk, paying homage to the Lord. (I hope you will not think it scandalous that often Aiden and I “lubricate” our voices with flagons of his fine homemade mead!)

Glorious baseball. As the peerless documentarian Ken Burns has taught us, baseball is an urban game, a product of the American cities of the late-19th century. Nonetheless, the game has a sentimental connection with the rural, the local, the pastoral. If football is the game of the militarized Zio-American Empire, then baseball, with its murmuring ambiance and slower rhythms, recalls the Old Republic that the warmonger imperialists, starting with Abraham Lincoln, murdered in its bed.

I prefer the minor leagues to the major, and the school-level game to the pro one. Brother Aiden and I root for our local high school team, taking our seats in the bleachers at their home games, happy to be the only two “outsiders” in a crowd composed mainly of parents of the young players.

Amateur the high school game might be, but how good it is to watch nine innings under the Indiana firmament. There is a shortstop that Brother Aiden and I both admire, as much for his energetic play as for his lithe young form; and we thrill to every crack of the bat as it rings out through the Midwestern twilight.

After several seasons of attendance at these games Brother Aiden and I no longer attract suspicious looks from the more jealous fathers in the stands. We are accepted for what we are: Two middle-aged aficionados of baseball and youthful beauty, unpretentiously dressed in shorts and sandals, Orthodox crosses around our necks, out to support not only our local nine, but by extension our community.

At these games I am reminded that, while much of value has been lost to the globalists and cosmopolites, much remains to be defended. This we would do well to remember.

I will continue in the future to write occasionally of those things that, I find, nourish my soul.