There’s no right or left in the middle of a shit sandwich. 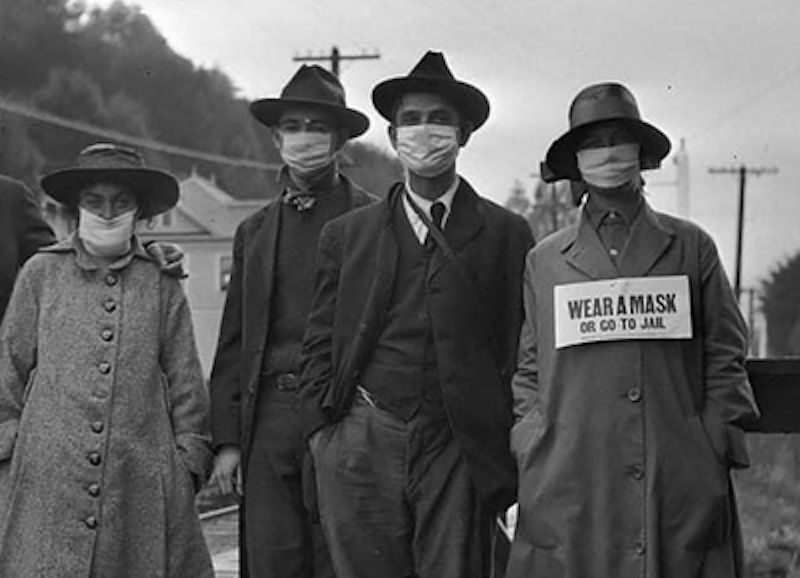 We’re living on a ridiculous planet of fear. A frightening new regime of dullards with make-believe fiction-reality. Pissing down our legs and proclaiming rain. A place where truth quietly died 1000 deaths in its own tedium pandemic of lies. A narrative of racial hatred, a fascist supremacy of vindictive pettiness and inauthentic half-truths spewed forth the birth of America. Like a torturer with a cigarette burning holes into our fleshy collective psyche. Drilling holes in heads with misinformation and distorted distractions. Writhing souls in an existential stew of resignation. Time becomes irrelevant as days of the week melt into a meaningless drivel of names and numbers. The sky fell; nothing made sense anymore as the greedy run the show. There‘s nowhere to run to, nowhere to hide.

Suddenly the entire world’s shut down. Just like that, nobody knows the answers to anything concerning what's left of a foreseeable future. Back to life before the time of living dead. Would the world ever be the same again? People are getting restless sequestered in shelters. Shreds of decency tattered and torn from the news blitz soundbites make living a facsimile of life. The norm was never normal. Should we throw caution to the wind and reopen everything back the way it was pre plague, like nothing ever happened? Why not? Lots of people would love nothing better than getting back to whatever normal is or was for the majority. But it was never normal to begin with.

If you want to talk about business as usual in the free enterprise system, then by all means get the economy rolling again. Like flies stuck in a spider’s web. Back to a routine of exploiting helpless working-class poor. Back to politicians robbing government coffers to fatten the already porcine rich. Turning the hamster wheel of civilized slavery. The people who never held a job or worked an honest day in their life. They never get their hands dirty except when counting filthy cash. Don't waste a thought or hesitate to give up the last penny. Is the president doing a good job? Do you believe the president is corrupt? Is the president worthy of four more years? Who runs these online surveys? Is the president so insecure he needs to know where he stands every hour in the public eye?

What do you think, believe or care about? No need to answer. It's obvious they don't have a clue what that poor excuse for a monster masquerading as a man is doing. Whether Trump’s loved or hated by the majority of the world won't be proven in any opinion polls. It won’t be decided in the next election. I've witnessed every president since childhood right on down the line running America into the grave like a carnival of broken rides, burned-out lights and lousy eats. Crooked carnies rule the gauntlet of the midway. Nobody wins a prize but everyone plays the games.

A spectacle of pseudo-events in an invisible cold war against ourselves. The dissonant whispers of broken people in disgrace, dancing to the tune of no hope. It must be true because I saw it on the TV news. I heard a litany of sycophants, bootlicking, ass-kissing cowards, goose-stepping in the parade of fools. Common decency, integrity, honesty, just cheap words flushed down the crapper of the brokenhearted. Folks screaming about George Orwell and 1984 since the 1950s. That same old song and dance. There’s no right or left in the middle of a shit sandwich. The scent of fear permeates everything and the stench of success mingles with death sniveling in the shadows.

The only option is to join in the ritual. There’s always some sinister plot just under the dark surface here. I’m thinking of Prince Prospero in Poe’s story “Mask Of The Red Death.” The pestilent peasants across a killing floor. The macabre dance card is full. The only time rich and poor are truly equal are waiting in line. Hiding in the abbey, waiting for a miracle, segue to another tale of terror where the angry mob of villagers grab torches and weapons to hunt down and kill the monster. The way things move, images framed in front of blinking eyes of fear. Out of focus, never quite right. The Reaper sows discontent. Dollars over death. Money signs marked in blood, painted on every doorway. The price of life is cheaper here. Lay your burden down upon the altar.