When you’re young, you think the things you love will always be with you. 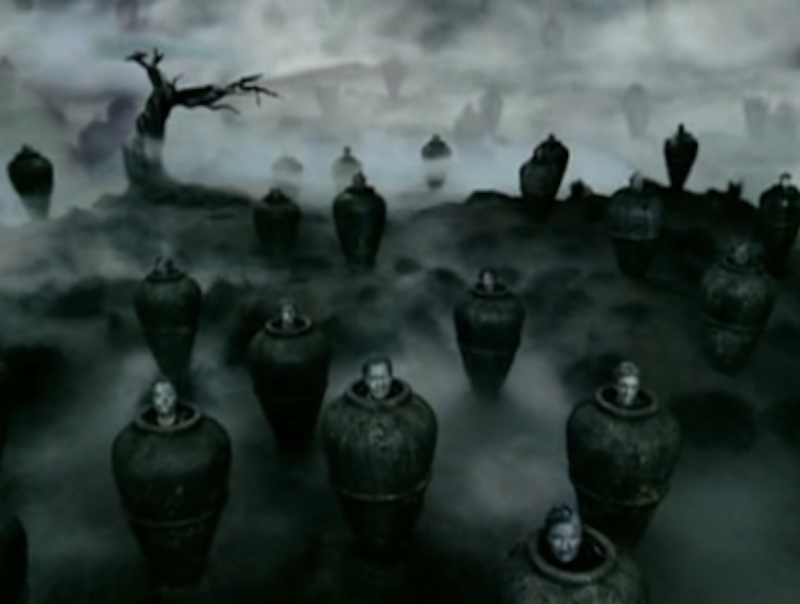 The process of aging is fraught with compensations. “Everything is exhausting after 40,” Steve Coogan complains, in The Trip. But, then, less needs doing. Less needs to be said; fewer new experiences must be added to the pile.

To assert that an older person needs say very little is also to acknowledge a fundamental danger of aging: the desire to be young and voluble, and to babble when one’s familiar with the harsh limits of what can be meaningfully expressed. Over time, meanings accumulate, and with them come (ironically) a greater willingness to be concise. A single gesture expands, to a seasoned observer, like a sponge unfolding in water.

There’s a world of difference between encountering Monet for the first time, and being in rapture, and encountering Monet for the thousandth time, after seeing him many times per year for decades. There’s both wisdom and generosity in simply pointing to Monet, and saying, “That is great; make of it what you will.” Such an act neither reduces Monet down to a truism nor filters the other’s experience of him. If the other person asks, “Why is it great?”, which is impolite, the answer immediately gets thorny. Is it great because it’s infused with poetic feeling? Is it great because it’s serene? Is it great because it’s unassuming? At different times, it’s each of these; different eras in life are bookmarked with the diversity of Monet’s landscapes. The aged person has been through all of these versions of Monet, and a single answer does an injustice to several of them. That’s why older people give indirect answers: “Look at the edge of the pond, how indistinct the edge appears, and how harmonious the colors are.” Again, they’re simply pointing, rather than trying to define their own experience in the other’s terms. The more you know about something, the more open-ended your presentation of it becomes.

As you age, you learn how to “level.” This happens to veteran pitchers who lose their fastballs. They learn what the batter is expecting, and they do something else. As a kid, I was mesmerized by Frank Tanana, a now-forgotten pitcher for the Detroit Tigers who couldn’t break 80 mph by the end of his career. Every pitch was a study in leveling. Every groundout he induced was a game of paper-rock-scissors he’d learned, patiently, how to win. He was the kind of guy who’d throw three curveballs in a row, and then nothing but fastballs, for a whole inning. (Except for one more curveball on a two-strike count—to the shortstop who, against somebody less practiced, would’ve homered.) This is what poker players call “playing the man,” a phrase that mystifies young bloods, who think it means looking for signs of weakness. It actually means looking for the image of yourself that’s reflected in another person’s eyes.

It’s useless trying to make yourself clear to somebody who has lived less, or has lived differently, and isn’t meeting you halfway. Older people get a certain chirpy tone when they’re doing this. They emphasize whatever (in their minds) are the keywords of youth. “Isn’t this cool? This music is so intense!” The italics are meant to disguise a vague (or totally missing) sense of what the word signifies to the other person. There’s a moment when you realize that groovy isn’t around anymore, but the word lit nonetheless means nothing at all to you. So you either grope around for something universal and trustworthy, or you go ahead and blurt out “It’s lit!”, courting absurdity.

Certainly, as your strength ebbs, you learn when to press, and when to leave well enough alone. But you’re also spread across a wider surface by time, such that growing old is a sort of diaspora. Older people, therefore, sometimes make analogies that seem to come out of nowhere. I remember an old professor of mine comparing raves to Roman orgies. We walked in an awkward silence for 10 minutes after that, even though his comparison made plenty of sense. Naturally it comforted him to decide that raves were nothing new. But that’s not quite right—to the people who go to them, they are revelatory. He should have shrugged, and said, “Even when I was young, I rarely went to wild parties.” This professor had grown up as a Jesuit, and when he was young, he was a priest. Raves disturbed him because things like that had never made him happy; in pretending to search for their essence, he was hiding the fact that he already knew what we were talking about.

When you’re young, you think the things you love will always be with you. If you listen to a band a lot in high school, you imagine you’ll listen to them every day for the rest of your life. In fact, objects shift during flight. The “same thing” recurs, but the old contexts have disappeared, swallowed up by changes both personal and global. We have less control over this than we’d like. Aging gracefully means acknowledging the incredible power of contingency and accident. When someone says, “I haven’t listened to that song in 20 years!” it’s always charming. The less reasons one gives, the more perfect the admission becomes.

I often pose, to myself, the example of Samuel Beckett. When I was young I hated him. Now that I’m older, I dislike him. Twenty years from now I won’t read him at all. If I’m feeling vulnerable, I’ll probably tell people that I never really understood Beckett. If I’m in a good mood, I’ll say instead that I haven’t read him very seriously. There are many reasons why, and, again, the wonderful thing is gaining the confidence to not provide them. Anyone who knows me will understand, and anyone who doesn’t will be usefully puzzled. Anyway, one of Beckett’s last plays is a page long. It’s a description of a single breath. That used to strike me as minimalist. It isn’t. It’s complete.