The Second War for Independence

A realist might consider it a sideshow of the Napoleonic Wars. 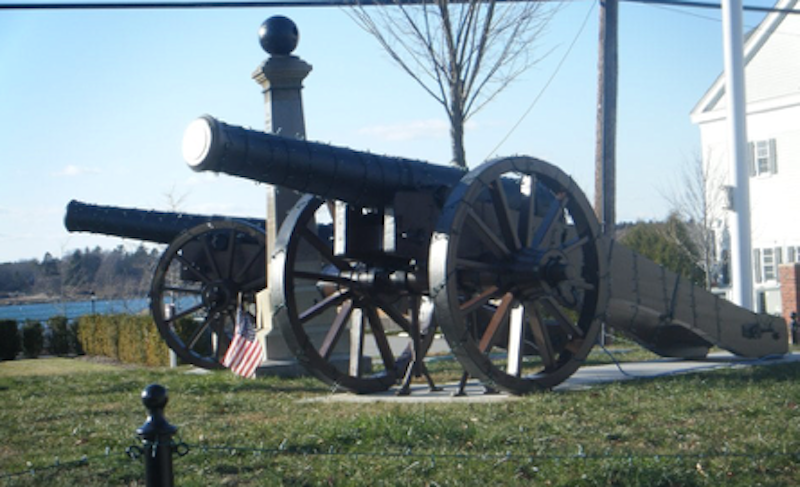 The most popular song of 1959 was “The Battle of New Orleans.” Jimmy Driftwood, an Arkansas school principal, composed it in 1945 to help teach his students history. He wrote the lyrics and took the music from an old bluegrass fiddle tune, “The Eighth of January.”

The song became famous once Johnny Horton recorded it some 14 years after its composition. It scored Number One on Billboard’s Hot 100 Chart for 1959 and received the Grammy Award for Best Country and Western Recording.

The old tune’s name is the date of the Battle itself, America’s greatest if most pointless land victory of the War of 1812. There, General Andrew Jackson and his command, a potpourri of Army regulars, Marines, sailors, militia, volunteer free blacks, sharp-shooting civilian hunters, Choctaw Indians, and Jean Lafitte and his pirates, took 25 minutes to smash the British assault on the city. The fighting occurred 15 days after British and American diplomats had concluded peace negotiations, signing the Treaty of Ghent on Christmas Eve, 1814. Neither army at New Orleans knew the war was over. A ship bearing the news only reached New York on February 11, 1815. Jackson didn’t learn until mid-March.

Otherwise, save for the victories of the U.S. Navy at sea, the War of 1812 was a military and political disaster. The causes ranged from the important—the British insistence on stopping American merchant ships to search them for British subjects avoiding naval service—to the paranoid—the British were conspiring with hostile Indians—to the delusional—Canadians just pined to join the Union. On land, the Americans experienced defeat after defeat, including the seizure of Washington, D.C. and the burning of the White House. Some 19th century-American historians considered the war the Second War for Independence.

A realist might consider it a sideshow of the Napoleonic Wars.

Part of New York City’s response to the war stands in Central Park. From Central Park W. and 103rd St., a path rises to the Great Hill. On a northeastern cliff, a weathered stone building overlooks Harlem Meer and the Loula D. Lasker Pool-Rink. This is Blockhouse No. 1, the last survivor of the city’s emergency fortifications built in the late summer of 1814, still waiting for the British to come.

The city’s post-Revolutionary defenses were molded by the Revolutionary experience. As the British had then taken New York by entering the harbor through the Narrows, the War Department and the state and city governments fortified the Narrows, its approaches, and the harbor itself. Castle Clinton at the Battery, Fort Jay and Castle William on Governor’s Island, Forts Hamilton and Lafayette in Brooklyn, and Fort Wadsworth in Staten Island, among others, were then built or commenced. Apparently, no one considered whether the British might enter Long Island Sound, land in Queens or what is now The Bronx, and take Manhattan from the northeast.

Around four p.m. on August 9, 1814, about 145 miles east of New York in Long Island Sound, a squadron of the Royal Navy, Captain Sir Thomas Masterman Hardy commanding, appeared off Stonington, Connecticut. A skilled professional sailor with a long and honorable career, Hardy is nonetheless best remembered for the last command given him at the Battle of Trafalgar by the mortally wounded Admiral Lord Nelson: “Kiss me, Hardy.”

Philip Freneau, a popular American versifier, later wrote in “The Battle of Stonington”:

All freighted deep with fire and flame,

And other things we need not name

To take a dash at Stonington.

Around 5:30 p.m., Hardy sent an ultimatum: “Not wishing to destroy the inoffending inhabitants residing in the town of Stonington, one hour is granted them from the receipt of this to remove out of the town.” The town officials requested negotiations. Hardy’s representative replied, “No arrangements can be made.” The Americans asked whether Hardy intended to destroy the town. They were assured that he did, and knew that he could.

Most of the town’s leaders had opposed the war as bad for business. They were ordinary men: fishermen, farmers, and small merchants. Yet their reply to Hardy was extraordinary: “We shall defend the place to the last extremity; should it be destroyed, we will perish in its ruins.” Thus the people of Stonington were called to arms. The local militia (men mustered once a year for a day of training and serious drinking) and townspeople opened the arsenal at the upper end of Main St. They rolled cannons down to the waterfront, threw up barricades, and raised a huge battle flag, 11½ feet by 18 feet, bearing 16 stars and stripes.

At eight p.m., Terror opened fire, bombarding the town with 13- and 15-inch explosive shells as her escorts fired Congreve rockets. Just over a month later, on September 14, 1814, Congreve rockets’ fiery trails during the siege of Baltimore’s Fort McHenry inspired Francis Scott Key’s line about “the rockets’ red glare.” The bombardment lasted until midnight, when Hardy ordered the Royal Marines to take the town. Their barges were visible in the light shed by the burning buildings and flaming rockets, and as they came within range, the town’s artillery blasted them with solid shot. As Benson Lossing wrote in his history of the War of 1812, “these so shattered the enemy’s vessels that (they) retreated in confusion…”

At daylight on August 10, Terror began firing carcasses—enormous incendiary projectiles—into the town as Dispatch tacked into the harbor. The brig prepared to anchor and open fire. An American sailor and former prisoner of war, Captain Jeremiah Holmes, lovingly trained one of the town’s two 18-pounders on Dispatch and fired a direct hit into her hull. She replied with a full broadside. Eleven 24-pound cannonballs whirled into the town, smashing into buildings and skipping through the streets like pebbles on a pond. Terror shelled Holmes’ position as fast as her mortars could be served. Houses burst into flame. A shell exploded in the town graveyard; Mrs. Hall, who died of natural causes during the battle, was carried to the crater, bed and all, and buried in it.

They blazed away at Stonington…

The bombs were thrown, the rockets flew.

Holmes dueled with the British until around eight a.m., when his powder ran out.

Someone then suggested surrendering and lowering the Stars and Stripes. Holmes roared, “That flag shall not come down while I live,” scrambled up the pole, tools in hand, and nailed the colors to the staff. An hour later, having found six more bags of gunpowder, Holmes went back into the artillery business with such positive effect that Dispatch slipped her cables at noon and ran for the Sound. Although Freneau misnamed the vessel, he had the other facts right:

They bored the Nimrod through and through,

And killed and mangled half her crew;

When riddled, crippled, she withdrew

And cursed the boys of Stonington.

Terror withdrew beyond Holmes’s range and continued lobbing shells into the town until nightfall. On the morning of the 11th, Ramillies and Pactolus came up with the tide, placing the town under 120 additional guns. Terror resumed shelling at three p.m. until nightfall and began again on the 12th at sunrise. At eight a.m., Ramillies and Pactolus delivered broadsides into the town. A full broadside from a British ship-of-the-line was a memorable event. Hardy gave Stonington three of them.

Yet they were his farewell. The two men-of-war then sailed for the Sound. Terror fired until noon. Four hours later, she and her companions followed Ramillies and Pactolus.

The Ramillies gave up their fray

And with her comrades sneaked away

Such was the valor on the day

Of British tars at Stonington.

The British had fired over 50 tons of cannonballs, shells, and rockets into Stonington, losing 20 men dead and over 50 wounded. The American losses were seven men wounded, two dead horses, one dead goose, and 40 damaged houses.

Captain Holmes’ 18-pounder and its mate stand in Stonington's Cannon Square, still aimed seaward. The flag under which the townspeople fought, tattered by British shot and shell and then by time, is reverently stored by the Stonington Historical Society.

They call it “The Star-Spangled Banner’s little sister.” The monument by the shore reads:

THIS IS TO REMEMBER

Here the brave men of Stonington

Defeated a landing force from

Bent on burning the town and its shipping

The Warden and Burgesses of the

New York’s response to the news from Connecticut was panic. On August 18, 1814, nine days after Hardy’s squadron had anchored off Stonington, civilian volunteers under the command of General Joseph Swift, including the Tammany Society, the Society of Tallow Chandlers, the Marine Society, the Sons of Erin, Free Masons, Columbia College scholars, medical students, butchers, lawyers, firemen, and “colored citizens” began digging ditches and building earthworks across upper Manhattan. By sundown on the 18th, the volunteers had thrown up a breastwork about 100 feet long, 20 feet thick, and four feet high.

The work continued: in late September 1814, the Master Butchers’ Association marched six miles with a brass band from the city to Harlem, bearing a huge banner with the inscription:

Friends of Our County

From Brooklyn’s Fields to Harlem Heights

The volunteers built a chain of batteries and blockhouses across upper Manhattan, from Benson’s Point (the site of today’s Benjamin Franklin Plaza at 3rd Ave. and 106th St.) to Manhattanville (today’s Morningside Houses, near the northeast corner of 124th St. and West End Ave.). In today’s Central Park, they fortified McGown’s Pass with a gate and battery (today, McGown’s Pass is on the park’s East Drive at 107th St.: its namesake, John McGown, and his successors operated a popular tavern there until the beginning of the 20th century). They also built Fort Clinton, with three guns, overlooking Harlem Creek; Fort Fish, with five heavy guns, overlooking both Harlem Creek and McGown’s Pass; and Nutter’s Battery, just south of Harlem Creek, with one gun. Blockhouse No. 1, off to the northwest, had a sunken roof with “a single heavy gun traversing en barbette,” that is, a large cannon that could be swiveled to fire over the parapet in any direction. Nearly 2000 New York State militiamen garrisoned the fortifications, ready for the British to come.

They never came. When news of the Treaty of Ghent reached New York in early February 1815, the fortifications were abandoned almost overnight. Most were torn down for building materials. What remains stands in Central Park. The Parks Department has marked the sites of Forts Fish and Clinton and Nutter’s Battery. About a century ago, someone unearthed a small mortar and a field piece at the site of Fort Clinton. The little guns were placed in a monument with a plaque reading:

This eminence, commanding McGown’s Pass, was occupied by British troops September 15, 1776 and evacuated November 18, 1783.  The citizens of New York built Fort Clinton for the defense of the City during the Second War with Great Britain.

Apparently, the cannon and the plaque were stolen during the late Sixties, leaving only the plinth.

Olmstead and Vaux treated Blockhouse No. 1 as a picturesque ruin, romantically overrun with vines and Alpine shrubbery. In 1905, the Veteran Corps of Artillery, the ceremonial military unit that fires the Independence Day salutes at the Battery, hauled a fieldpiece up the Great Hill. They fired a salute as representatives of several patriotic societies unveiled a plaque bearing the inscription:

This blockhouse was part of a line of fortifications extending from the Hudson to the Harlem River. Built for the defense of New York by its patriotic citizens during the War of 1812-1815.

This plaque vanished in 1913 and was replaced in 1999 during the Blockhouse’s stabilization by the Parks Department. The second plaque has also gone missing. Yet its once-rusty flagpole has been painted and its halyards re-hung, and the Stars and Stripes fly once more above the Great Hill.

Johnny Horton also recorded ”The Battle of New Orleans” for release in the British Commonwealth. He altered the lyrics. “British” becomes “Rebels.” Perhaps his manager felt a tactful consideration for British sensitivities might favorably affect his sales and airtime.