Hate to Break it to You, But Fiction’s Not True

And your amusements don't have to turn out to be the meaning of life. 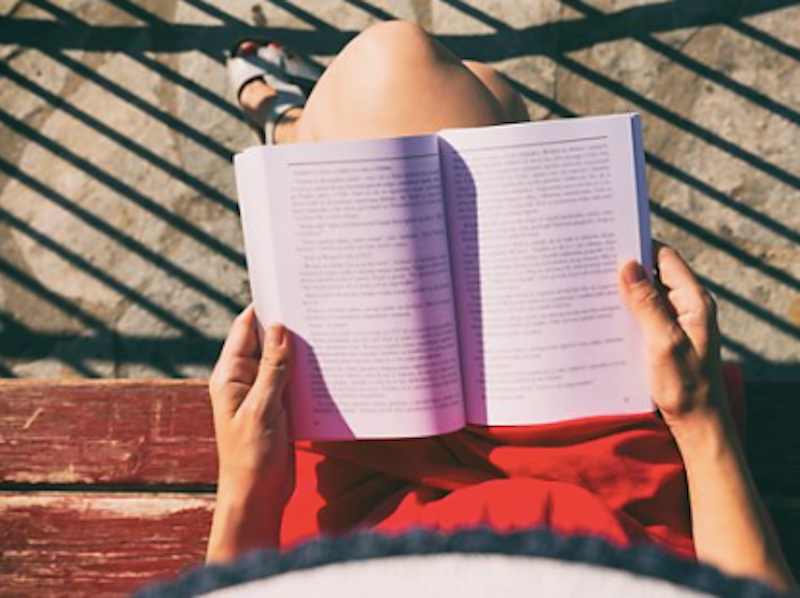 In an overly long life's journey filled with meaningless pain, I've read many stirring tributes to the power of fiction. But if novels were going to save us they'd have done it by now.

I've heard novels credited as the origin of human empathy, which apparently arrived around 1770, or credited with the invention of the human, or the discovery of individuality, or various political transformations. And there are some celebrated cases where fiction allegedly leaked into reality. It's often said that Uncle Tom's Cabin helped lead to the Civil War, or that Goethe's Sorrows of Werther induced a Europe-wide suicide fad. Maybe not; it's hard to tell. I need some evidence of the real effects of fiction, and it's going to need to be more than a stirring blurb or a mere assertion or, for that matter Lincoln saying, "Here's the little lady whose work led to a million inspiring deaths!" I'm thinking that if Europe discovered empathy in 1770, which is a pretty silly claim, that’s more likely to have caused than to have been caused by the rise of the novel.

I’m not opposed to fiction. If you enjoy it and are at leisure, or if you’re a professional reviewer of novels, knock yourself out. To be legit, your amusements don’t have turn out to be the very meaning of life itself, sweetie. That last term brings out the gender in this debate, which is relevant, because somehow fiction vs. non-fiction has turned into another front in the war between the genders. Perhaps I'm just returning fire.

I've been arguing with various lit profs and super-readers about this for a long time, but my “thoughts” this morning are spurred by Lucy Scholes' piece in the Times Literary Supplement about Helen Taylor's book Why Women Read Fiction: The stories of our lives. It turns out that women account for about 80 percent of fiction sales, which is more than I might’ve imagined. Scholes is going to defend fiction's cosmic transformative power, but first she gives her own circular explanation of why she reads: "Reading novels has always been a huge part of my life."

Scholes' defenses of the novel are what you'd expect: the novel gives us entrance into lives not our own and lets us travel in imagination from our own little rooms to anywhere in the world. Novels display life in its narrative shape; they show how the events of our lives can be understood as meaningful. The defense is that fiction’s true. It needs this defense because, as any dictionary will inform you, fiction is distinguished from non-fiction in virtue of its untruth. It's the definition of the term that sends fiction fans into their cosmic, yet entirely implausible, defense. And anyway, how much credibility do you expect to have when you start out with "fiction is true"? Really, that's some Rudy Giuliani-level bullshit.

You might right now be reading a novel by Philip Roth which features a character named Philip doing the things that Philip Roth actually did and so gives us access to the mind of Philip Roth: to that extent, you’re reading non-fiction. Fictional characters have no inner life, and sympathizing with them has no moral effects, even in the fictional universe, where what “happens” is fully under the control of the author, and nothing has any moral effects whatever.

"Fiction," it’s said by fans, "tells deeper truths" than the news, history, or biography. I don't believe that, and I'm going to need more than a series of big clichés and inspiring-yet-ridiculous pronouncements. Fiction gains whatever truth it provides by its similarity to reality; for fiction, like the human imagination in its entirety, is parasitic on reality. It reflects, or distorts, or runs roughshod over reality, but it’s nothing but words words words. It doesn't have to be God, or truth, or human connection in general. It can't be.

Scholes speculates that the “devaluation” and “feminization” of fiction is a response by powerful men to fiction's "anarchic power," its disruptive capacity, which no man can control. I don't know what she can be referring to really, but if you're reading a novel, you're not manning the barricades; I'm not sure that the book group reading Pride and Prejudice again is trying to accomplish anything political, but either way its effects on anything are merely notional.

Reading fiction improves brain function, Scholes flatly asserts. I doubt it, but does it improve brain function more than reading non-fiction or playing checkers, for example? If the empirical research shows that reading Jane Eyre improves brain function more than reading The Critique of Pure Reasonor The Decline and Fall of the Roman Empire, I’ll find that surprising, not least because this is the sort of bullshit that shouldn’t be researched. But perhaps I should be selecting novels on the basis of their effects on my brain function. What sort of books might that lead me toward? Very complex ones? How can I tell, if I'm not doing my reading in an MRI scanner? And I really don't care whether re-reading Ulysses will improve my brain function or empathy: I’m just not going to crack that sucker again.

"With all this at stake," Scholes ends her piece by asking, "Surely the question isn’t why so many women read fiction, but rather why so many men still don’t?" What's at stake, it turns out—though Scholes gives us no more reason to think this is true than anyone else ever has—is human cognitive welfare, our connections to one another, the very possibility of truth itself, and so on: a remarkable set of claims for a genre that didn't attain currency until the 18th century, and then largely among the bourgeoisie, especially women. The rest of us, presumably, haven’t yet become fully human. If that's what we want, we'll need the Brontes. But the prospect grows less and less attractive by the day.

I propose that the direct explanation for the fact that women read exponentially more fiction than men is that women have exponentially poorer taste than men. Just kidding! But that claim is just as empirically researchable as all the claims that Scholes is making (to the converted) about the power of the imagination and of the imaginary, the deep truth of untruth.