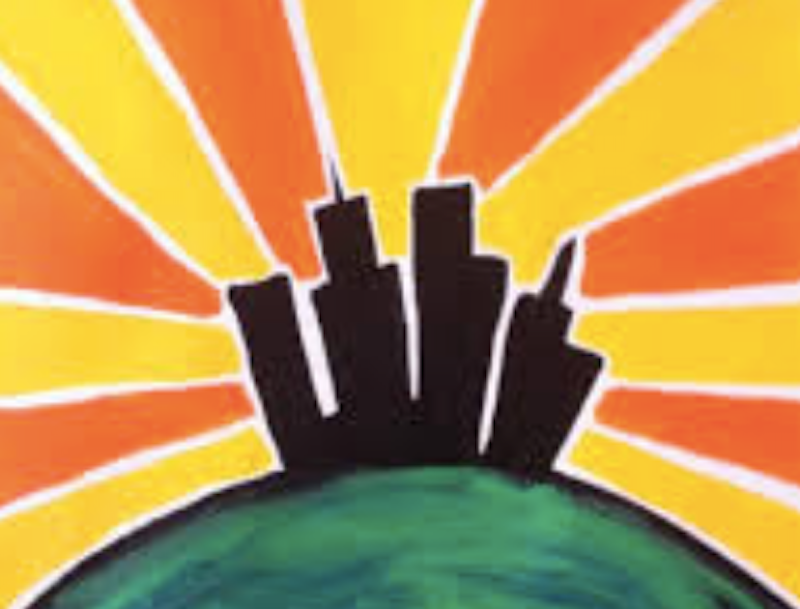 The new romance between the centrist establishment and George W. Bush is brightening my May-time.

I refer to this column by centrist pundit Damon Linker. Linker certainly has his criticisms of the Maine/Texas chimp. Yet he does miss “[h]earing familiar presidential cadences” of the sort that used to slime out over the chimp-lip between January of 2001 and January of 2009.

It seems that Linker, a real-life literary intellectual who has worked in publishing, if I’m not mistaken, enjoys hearing dead political language. And good for him, I’m tempted to think. If our littérateurs, the purifiers of the language of our tribe, won’t stand up for the moronic, idiot-making cant and cliché of our predatory ruling class, then who will?

City on a hill

—are so precious to our centrists. So precious that they seem to outweigh, in the moral scheme of things, the half-million dead in the War on Terror, not to mention a dozen other crimes of the George W. Bush administration.

If I had any entrepreneurial skill, I’d become a billionaire peddling a relaxation app for centrists exclusively. It would be a “cinch,” as we still say here in the Midwest: nothing on it but endlessly looping audio of Dick Cheney, Madeleine Albright, the well-named sisters Power and Slaughter, Henry Kissinger, and, for good measure, the ghost of J. Edgar Hoover, all of them crooning “God Bless America” in unison. (In the original Kate Smith version, not the watered-down second draft.)

That would be the “freemium” version of the app. Suckers who paid up (a mere $999.99 per annum) would get Hillary Clinton, Paul Ryan, Mitt Romney, and Nancy Pelosi, reciting, tag-team style, the exciting lyrics to “The Battle Hymn of the Republic” over the soporific wordless background humming—like a medieval drone, relentless and numbing—of their fellow sociopaths, those mentioned in the preceding paragraph. Nothing ushers the establishment centrist into nourishing sleep like Clinton’s angry, flared-nostril Midwestern bray, Ryan’s verbal nothingness, Pelosi’s lisping moronisms, or Romney’s asinine hair-sprayed banalities, each of them wrapped in a bright red-white-and-blue burlap of the highest quality.

The contemporary centrist man of letters knows that the truth resides in taking Ezra Pound’s famous dictum and flipping it 180 degrees, like an unpretentious tarte tatin in a farm-to-table eatery in an up-and-coming smaller city with “good bones” and a “walkable” core. To rewrite Pound: Great literature is simply language emptied of meaning to the utmost possible degree.

On second thought Clinton’s nasal heartland bray is the only thing that this born-and-bred Hoosier, at least, likes about her.

I’m reminded that Mother, like Clinton a product of Illinois, used to speak in somewhat the same honking and aggressive tones, “blowing her words out her nose”—and I loved her for it.

“Used to speak.” The fact is that since converting with me to Russian Orthodoxy and assuming an aspect of meditative piety, Mother has become largely silent—shuffling around, stooped to the point of hunchback, reciting under her breath what I’ve always assumed must be the Litany to Mary.

But now that I think of it, I have no basis for that supposition, so flattering to Mother. I’m not sure, in fact, what she might or might not be reciting.

Aged married people are, I increasingly think, enigmas to each other.