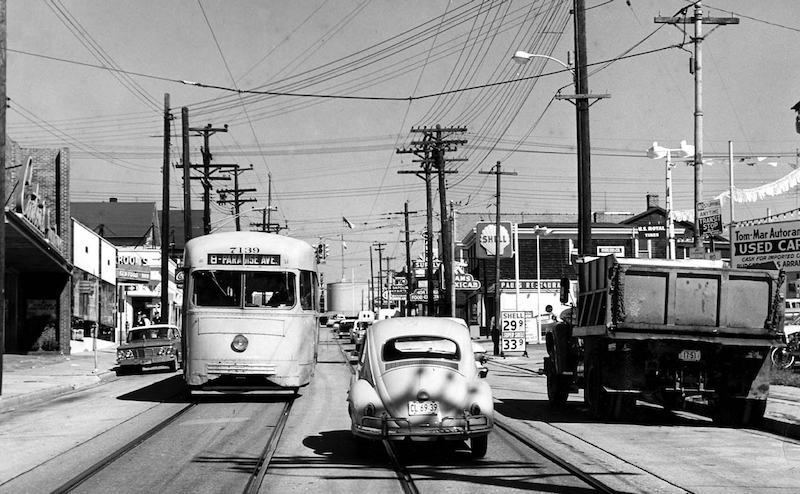 In an effort to reduce the effect of the sneaky and mean Irish Catholics in my neighborhood, my parents thought I should join a boy’s choir, at the traditional Anglican Episcopal Cathedral in downtown Baltimore. This would get me away from the Rodgers Forge neighborhood to a more refined Welsh/German culture they’d grown up with. My father took me downtown to the imposing gothic “Cathedral Church of the Incarnation” for a brief audition. To my amazement they asked me to join, even though I was several months shy of the minimum age of eight. I think the only music experience I’d had outside my very basic piano lessons was listening to the classical music that was always on the big Magnavox record player or FM radio in our dining room. It was difficult to recruit boys into church choirs in the late-1950s. Rock ‘n’ roll was the only music they considered, and I was immediately labeled a pussy and Satanist by the neighborhood Catholic delinquent buddies, but since I spent most after-school days at choir practice, I saw them less and less. That was a blessed relief.

I fell in love with the choir and singing. I must’ve inherited my parents’ love of classical music and their innate ability to follow melody and hear harmony. I also loved learning to sing in exotic Latin and German. The church had enough money to pay the choir boys to keep them interested. I loved getting little envelopes every Friday and pulling out several crisp dollar bills, proving I was an actual professional singer. I quickly learned to enjoy always having a few honestly earned bucks in my pre-teen pockets, to buy candy, comic books and a Daisy bb pistol—instead of stealing from my mother’s pocketbook or father’s wallet, like my shady Irish Catholic buddies.

The choir also went on a two-week summer retreat to a lakeside camp in the Maryland mountains, which was another eye-opener. Living in a cold-water cabin without electricity, in a pine forest, away from the strip malls, highways and row houses gave me insights into the world that none of my friends had.

The choir life opened doors to artistic experiences I’d never see otherwise as a young boy. We acted and sang in the chorus of several full-blown professional operas in the gigantic Lyric Theater. I remember the orchestra musicians sitting at tables in the basement, puffing cigarettes, cussing up a storm, and playing poker. Sinful artists! My god, I shouldn’t tell my mother, but it showed me not everything was what it seemed on the surface.

Every Christmas we sang live on the local WJZ TV station—so I was a TV star too. We’d do small tours to other churches, who thought we were just the cutest little things, in our olde English purple robes, white cassocks and stiff white collars with a wide silky bow tie, who sung like angels.

The carefully-designed drama of the high church service taught me the value of scenic design, music, artistic adornment, costumes, recitation, production and direction of a performance. I didn’t think of church as a spiritual experience. It was more like a highly-produced Broadway musical. It set the stage for my later performing years, where to achieve anything, you had to follow a script, and be willing to step out into the spotlight and strut your stuff.

My neighborhood friends saw the whole thing as “queer,” before queer meant gay. Their idea was to blend into the crowd, do as little as possible, and avoid attention that could expose their delinquent behavior which included breaking into cars, setting fires on vacant lots, stealing bikes and shoplifting from neighborhood stores.

The four years of choir experience set me in a much different direction than my friends and schoolmates. My parents were right in making me do that. To seal the deal of making their only son a rounded, successful citizen (they hoped a doctor) my parents took me on a tour of Europe when I was 12. This was a benefit of being the youngest child in a two-income family in 1962—when Europe was ridiculously cheap.

My parents had ties to European cultures, as first-generation Americans. My father was half-Irish, half-German, and my mother was Welsh. My mother sailed to the old country with her mother on a large ocean liner several times to visit family. As a little boy, she regaled me with stories about the wonders of an Atlantic crossing, the delicious food served eight times a day, lounging on deck chairs sipping bullion delivered to deck chairs by uniformed stewards, while watching the foreboding North Atlantic. She promised that one day she would do the same with me.

By 1962, trans-Atlantic jetliners had replaced the leisurely ocean liner crossings, so we took a new Pan Am Boeing 707 four-engine jet from Idlewild Airport in New York City to London. Idlewild would be re-named John F. Kennedy airport the next year—after Kennedy’s assassination—much to my Protestant mother’s consternation.

Europe was an awakening to a young American adolescent. After London, it was, Paris, Munich, Berlin, and Vienna. We cruised down the Rhine, and drove a VW through the Austrian Alps. I was amazed by 1000-year-old castles, double-decker busses, standing stones, drinking wine, rococo opera houses, beer halls, five-star restaurants, towering pastries, and aristocratic old-world hotels.

It was so much artier than the USA that I told my parents that I wanted to live in Europe as soon as I could. They were encouraging, and said if I went to college, I could take International Studies and be a diplomat. That sounded great to me, and was the first time I had an all-consuming goal.

1962 London was especially appealing, because it was on the cusp of the new teen-dominant culture. It was called mod, and was based on a new “modern,” innovative, internationalist (non-US) style. Art was spare, bold, and abstract. American rock music was replacing old-school British pop, men grew their hair longer, and women’s skirts were cut shorter. Sexy, carefree Vespa motor scooters were replacing cars.

A new post-war attitude of having fun, being stylish and acting different or even outrageous was in the air. The Beatles were touring England and their new look was on the cover of countless magazines. Many similar groups that would form the British Invasion of American pop culture in the next six months were percolating in small basement clubs and garages.

When I returned to Towson, I brought a hopeful glimpse of rebellion, innovation, and a better world with me to an America that now seemed Puritanical, mean-spirited, conservative, and boring compared to Europe.  Besides, my voice had suddenly changed, which forced me to find a new identity outside of a boy soprano.