No Shame: I'm 57 and Still a Sucker For Bob Dylan Lists

Who can blame Rolling Stone for going to the well again? 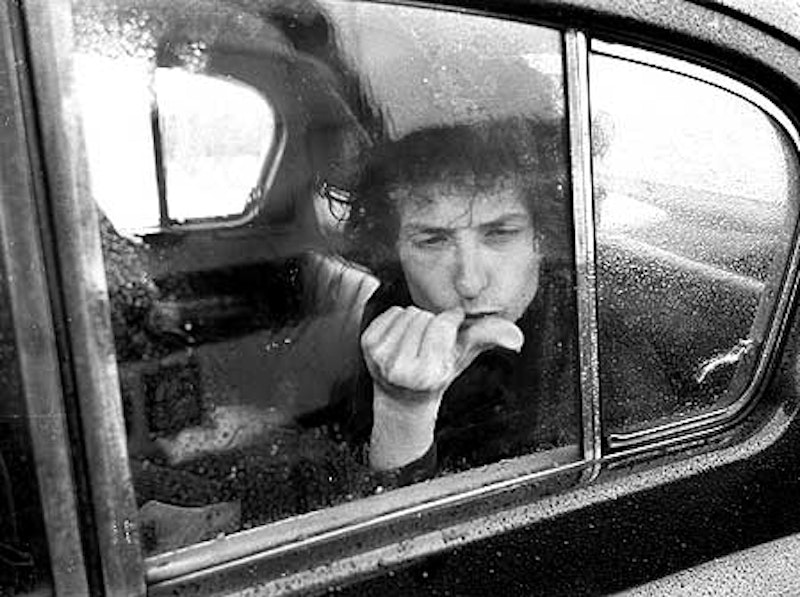 I’ve no idea how Rolling Stone will navigate the choppy waters of print in the next five years and don’t particularly care. Could be the company mints money on the digital side, but the core asset, the biweekly magazine, saddled with its mixture of celebrity gossip, insanely purple prose political jeremiads that editors of The East Village Other would’ve spiked, puff record reviews for those groups in proprietor Jann Wenner’s current favor and not particularly thoughtful film reviews, does appear likely for a severe profit drought. Do young people buy the magazine? I doubt it: that’s left for people like me who waited for the postman in the late 1960s and early 70s to deliver the latest issue.

It’s inevitable, depending on leadtime, that a snapshot of the now-deceased Alvin Lee will consume most of the next cover. It’s not a story I’ll read. I never liked Ten Years After. Nevertheless, after decades of irrelevance, I still write a check for whatever the discounted sub rate is, although I make them work for it, ignoring the first 10 letters beseeching me to re-up. Why? Beats me: it’s not as if I don’t toss the mag in the trash half the time, although I did enjoy counting the number of times the usually very articulate Lena Dunham said “like” in a recent interview.

And, upping the ante, I’m not embarrassed in the slightest to admit that I’m a sucker for RS’s one-offs, those $11.99 “collector’s editions” that I find in a rack—so old school!—by a CVS cash register. The latest was a perfect-bound homage to Bob Dylan, which featured the irresistible “His 100 Greatest Songs” headline at the bottom. Shoot this old horse now if you wish, but even when journalism is overrun, daily, with what are irritatingly called “listicles,” I took the bait. And scanned through the 100 Dylan songs that RS’s panel of experts—including, naturally, Douglas Brinkley, that cloying go-to quasi-historian, a no-fun Zelig—had come up with on a certain day. I’m sure Greil Marcus, my favorite “Dylanologist” changes his order of “greatest” Dylan songs on a monthly basis, and so I, just like any other longtime fan.

I’m too even-keeled in my 50s to get all worked up by an arbitrary ranking—and putting “Like a Rolling Stone” at #1 isn’t likely to ever change, justifiably—but man, I sure don’t get some of the tunes that did or didn’t make the cut. So the grating “Every Grain of Sand” grabs #10, but “Dear Landlord” is completely snubbed. Kooky and krazy, kats. The treacly “Simple Twist of Fate” is #15, but “Love Minus Zero/No Limit” is left off the Top 100, even though it’s one of Dylan’s most elegant songs, and ginned up by his cribbing of Robert Browning for the key line, “She knows there’s no success like failure/And failure’s no success at all.” How does “Forever Young” reach #23, while “As I Went Out One Morning,” another John Wesley Harding classic, is given the back of Brinkley’s hand? I could go on, but it’d be a seat on a Train in Vain, since it’s all a subjective (if commerce-inspired) RS exercise.

Oh, what the hell, here’s another gripe. The slightly less ever-present Bono is given the plum assignment of writing up the blurb for “Like a Rolling Stone,” and he didn’t fail to me wretch. Bono: “[A]t the top of this dysfunctional family tree [other notables such as Bowie, Marvin Gaye, Kurt Cobain and Joy Division] sits the king of spitting fire himself, the juggler of beauty and truth, our own Willy Shakespeare in a polka-dot shirt. It’s why every songwriter after him carries his baggage and why this lowly Irish bard would proudly carry his luggage. Any day.”

Is Bono taking time off from his philanthropic, attention-seeking jaunts around the world to audit a remedial writing course? I’d give him a C, if only for the mock self-deprecatory “lowly Irish bard” and “Willy Shakespeare” mentions. At least Keith Richards tossed off a great line, in praising “Girl From the North Country”: “I think [Dylan’s] written more songs than I’ve had hot dinners.”