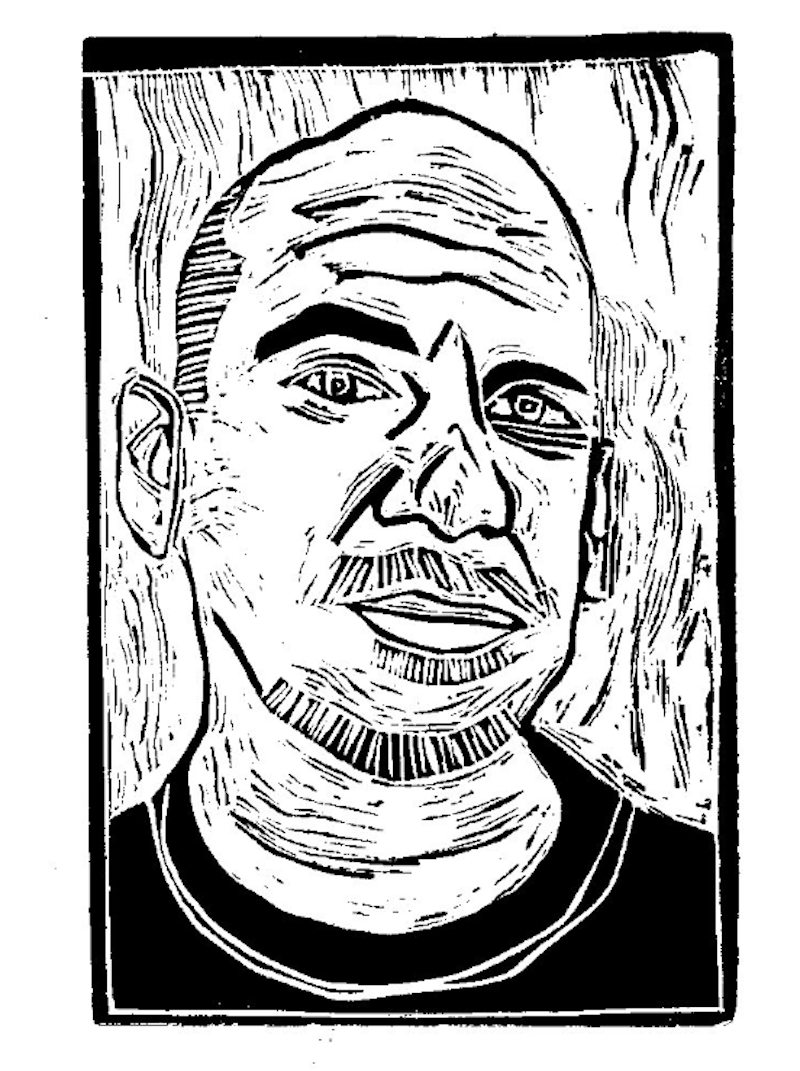 Conrad Romo is a lifelong salesman who’s hocked everything from pens to chimney cleaning services to fresh meat to computer diskettes. He’s also a talented writer who crafts honest stories taken from his own life. He is a devout practitioner of Zen Buddhism who studies at the Zen Center in midtown Los Angeles.

A few years back, the Zen Center experienced a series of break-ins by a convicted sex offender. The perpetrator (who turned out to be an ex-student of the Center) entered the premises at night and attempted to sexually assault female residents. Romo, who had several years training in the Israeli martial art of Krav Maga, decided to get involved. He volunteered to serve as an all-night security guard. In accordance with non-violent Buddhist teachings he armed himself only with a can of mace.

The first two nights passed without incident. Romo caught up on his reading and wrote letters to friends. By the third night he was exhausted, struggling to keep his eyes open. Sometime after midnight he fell asleep. He was awakened by a loud noise in the kitchen, and opened his eyes, disoriented and confused. He reached for the mace, knocking his glasses to the floor.

A blurry figure moved through the kitchen toward the adjacent residency hall. Filled with fear and surging adrenalin, Romo moved toward the figure. The perpetrator attempted to enter one of the dorm rooms. “Don’t move,” Romo yelled. He pointed the mace toward the man. In the darkness, the man mistook the mace for a gun. “Don’t shoot me, please.” Romo did a quick mental calculation. The guy could be on drugs. He could have a gun. He could’ve grabbed a knife from the kitchen.

Romo aimed the mace and unleashed a heavy dose of pepper spray. Unfortunately the canister was pointed backwards and he maced himself. He screamed. The suspect pushed past him and ran toward the kitchen. Romo gave chase and caught up with the man when he was halfway out the kitchen window (the same way he’d broken in). He doused the man’s face with three heavy sprays of mace. The man yelled and fell out the window. Romo called the police then spent five minutes rinsing his own eyes. The man escaped but he would never break in again.

A few years later, Romo heard that the man committed suicide. The Zen Center conducted a special ceremony blessing the man. Romo objected to the ritual: the man had terrorized the facility, and shouldn’t be celebrated.

At the ceremony, the Roshi lit candles around a wicker basket that represented the “hungry ghost” or departed one. Residents were asked to leave offerings in the basket to help the man’s passage into his next incarnation. People added flower petals, fruit and little carved Buddhas. Romo waited for everyone to leave before adding his own tribute. He placed a canister of mace in the center of the basket. He’d already scared away the man once and wanted to make sure the man would never return.