It's Not Like I Joined Scientology For the Sandwiches

But that is the best thing I got out of it. 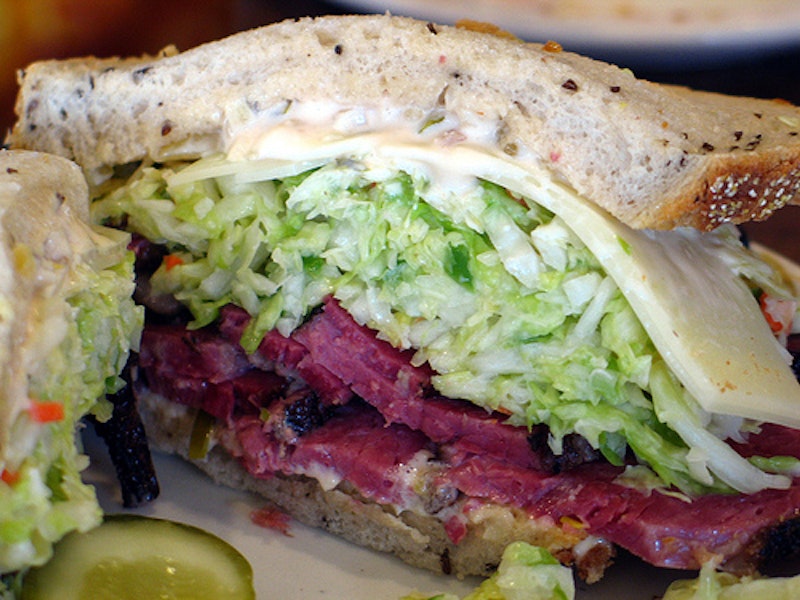 Back then, in the early 1970s, Scientology staffers got paid a whopping 10 bucks a week. These staff members are called Sea Org. On occasion they wear lanyards and epaulets and naval looking garb. That’s one way you’d recognize them. Another is by a look they have in their eyes. But you don’t want to get that close to notice. Cultish might do.

LRH, or L. Ron Hubbard to you, was referred to as the Commodore or Source. Make of that what you will. Not that I’m ragging on this cult, not at all... some of my best friends were cult members. Hell, I was one too! For 14 years! I was a Sea Org member, but my contract was rescinded after a few months. Luckily, they said I was unfit.

Still, I don’t want to talk about them anymore. Not now at least. The only reason I brought them up was because of good ol' Langer’s. This beautiful temple of a deli turned 65 years old recently. Here’s the connection.

People often ask if I got anything out of all that time I spent in Scientology. My best answer is that, if not for the original location of the Scientology Celebrity Centre, then at 8th and Bonnie Brae, just west of Downtown LA, I probably would not know about Langer’s, situated on 7th and Alvarado, right across the street from MacArthur Park, the same place that someone left a cake out in the rain.

Langer’s has a great damned Pastrami sandwich! Maybe the best in the world. According to The New York Times and The New Yorker, Langer’s was rated #1. Do yourself a favor—go there and enjoy a # 19 and find out for yourself.

It was a Friday night back in ‘73 and the staff had just gotten paid their 10 bucks. It was nearly 10 p.m. and the weekly graduation ritual had just ended when someone said, “Wanna get something to eat?” So a few of us went to Langer’s. It was my first time. Menus were handed out. This one guy didn’t need one. He knew exactly what he wanted. He could hardly wait.

Keep in mind that a staff member started his day at eight a.m. and didn’t end till 10 p.m. and this was six days a week, if he was lucky, and for this, the grunts like the one sitting in the booth with me at Langer’s earned the meager wages that they did. And back then, a #19 pastrami cost $4.95, not counting tax and tip. And that is what this guy ordered.

More than half his weekly pay went for that delicious sandwich. The next time you get paid, imagine dropping half of your dough, however much you make, on a sandwich. And you know what? At Langer’s, the #19 is worth it. I usually get the #44 with nippy cheese, but trust me you can't go wrong with pastrami at Langer’s.

Feel blessed that you are in America and home to the world’s finest. And if you are in L.A., you are a lucky bastard.