Never work at a trade newspaper. 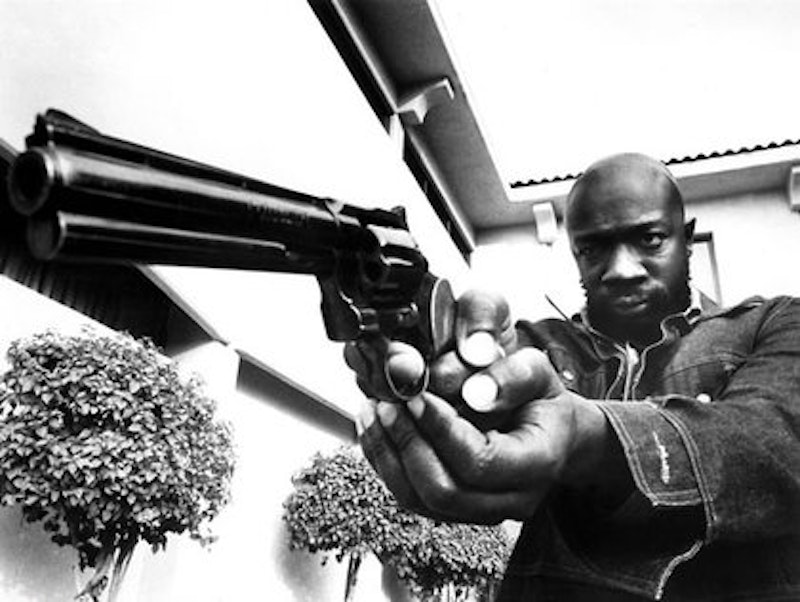 I worked at a trade paper called Alternative Minimum Tax. In its field AMT was indispensable, and it prided itself on having a certain class. You should have seen the magazine edition, which came out every three months and was made up of updated master stats and some revised editorial content. Really, you could have called it a supplement, but we preferred magazine. For most of its run the cover paper was different from that on the inside, so there's that.

The magazine adopted a foppish affectation a little before I started. Instead of Alternative Minimum Tax, the logo on the cover now read AMT. Various warhorse titles were doing that during the period, gutting their names to furnish forth a bold set of initials that would breathe newness alongside tradition.

In our case the change was mishandled. The letters were printed big and the cover looked crowded. Actually, it looked very crowded, because the logo used the hulking 19th-century Gothic type that our regular logo had been using since the actual 19th century. Something about life at the paper: there was a lot of competition over dash and swagger, who could add the most to an uninspiring job. That included supposed eye-grabbers, such as headlines and layouts (when our designer could find something to copy). But the AMT logo squeezed down anything we tried to do for its cover. Illustrations and headlines (“New FERC Regs Stir the Pot”) looked like afterthoughts littered beneath it.

One day a snotty kid working part-time at the library had an idea. He took our AMT logo and stuck it on a piece of paper. At the bottom of the page he put the logo's follow-up copy, or deck: The alternative minimum tax authority. In between he had a big, black-and-white photo of Isaac Hayes as Hayes was in the 1970s, very badass. He was aiming a gun, which is to say that a gun's barrel loomed in the foreground, and not far behind it there were Hayes' giant knuckles, and then, in the background, Hayes' bald dome and sunglasses came into view, radiating implacable intent. It was a wildly menacing picture. AMT. The alternative minimum tax authority.

I was at that paper a long time, so we're talking nine years of various people trying to be funny. What this kid did was clearly the funniest thing I saw there. Out of the whole run (punny headlines, jokey office messages, shouted renditions of Martin Short routines), this was head and shoulders the best. And it was a hit. The snotty kid taped the picture to his desk and accepted compliments from co-workers who came to see the sight and pay their respects.

He told me that one time, after work, he found an unfamiliar group of co-workers, all black and middle-aged, gathered in front of the picture and shaking their heads. “What, you don't dig Isaac Hayes?” the snotty kid said to them, at least when he told me about it. “Come on,” he allegedly said, “everybody's got to love Isaac Hayes.”

So, like a lot of hits, the Isaac Hayes AMT came with controversy. And, like all hits, it went away. People found fresher gum to chew. The kid didn't go on to a comedy career or (as far as I can tell) anything else. But in my life there has been one time that I have seen somebody have a hit, and this was it.