If you're not going to moderate comments threads, get rid of them. 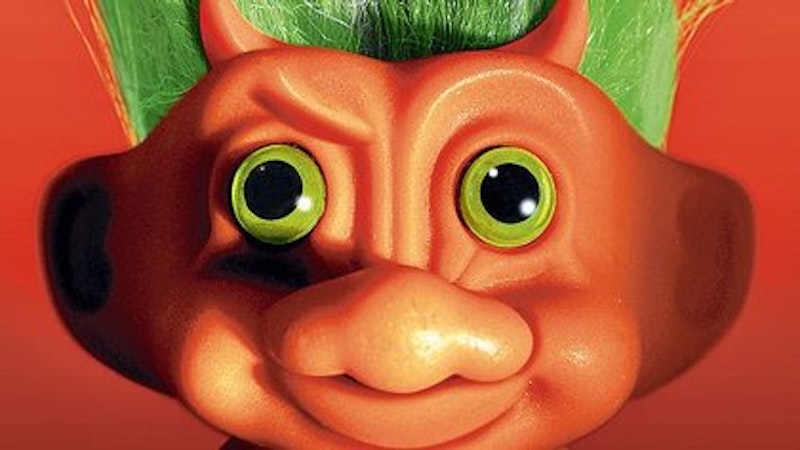 Comments sections can be sewers. Anybody who's been on the web knows this, but there's a special rush of bile when it happens to the comments section on something you've written. I think the low point for me was this review I wrote recently about the documentary Hitler's Children. The film focused on how the descendents of Nazis like Hermann and Goering have tried to cope with their ancestors' atrocities. Many of the comments were thoughtful and positive. Some, though, were flat out anti-Semitic.

Again, that was unusually vile. But if you look at any mainstream site, you'll see it isn't off the scales. People in comments are regularly rude, insulting, inflammatory, racist, sexist, homophobic, cruel and vicious. In many cases, it's clear that they have little if any interest in commenting on the article in question. Rather, they want to get upon their hobbyhorse and spew their own particular brand of hate in a venue where they can be assured of readers and visibility. Set up an anti-Semitic blog in a corner of the web, and no one will hear you Sieg Heil. Spew your hate in the comments of an Atlantic article or a Slate article, though, and you're assured of a good number of eyeballs passing over your invective.

So why do mainstream sites have comments at all? There are a lot of reasons. Comments can be useful in catching errors, a boon in an age when even the big media outlets can't afford to hire proofreaders or fact checkers. In addition, comments are vital for that much-hyped web-buzz word "community." And comments are good for clicks. An active, controversial comments thread can be its own draw, resulting in more links, more page views, and more advertising dollars.

Sites aren't merely plagued by their trolls, then—they are actively in collaboration with them, in many ways. Trolls can make an article more popular, or at least more viewed. And, in return, for goosing the stats, the trolls get a chance to talk to a larger audience than they could find on their own. Everybody wins!

But while trolls may increase hits in some instances, they also drive some readers away, and reflect poorly on the site as a whole. In addition, it seems like sites should have an ethical duty to pay attention to the messages being promoted under their names. In the US, at least, websites cannot generally be sued or prosecuted for the statements of commenters. But still, editors at large sites carefully vet the topics and language of the people who write for them. They do this because they want to preserve their brand, and also because, presumably, they have some professional pride about what is published on their watch. And yet, often no such care is exercised when it comes to the comments sections, where any moron with a grudge can say whatever inflammatory thing he or she wants, and have it distributed far and wide by the most reputable names in journalism.

Some sites have seen this as a problem, and taken steps to try to address it. The New York Times has a team of comment moderators who have to approve every comment posted. Ta-Nehisi Coates carefully polices the comments on his blog at the Atlantic, and as a result his comments section is widely regarded as one of the most civil and productive on the web.

But those are exceptions. Most large sites try, instead, to get by with shortcuts. Some sites have tried to use software to filter out obscenity, or else have asked users to register using Facebook accounts to cut down on anonymity (though the truth is that anonymity in itself isn't really the problem. Otherwise, editors simply moderate on a catch-as-catch-can basis, perhaps deleting some of the worst comments (as in my article on the Holocaust)… or not, as time and energy permit.

I can understand why sites don't want to moderate comments. I'm a hands-on moderator at my own site, and it requires a lot of time and effort, even though our traffic is a rounding error compared to someplace like The Washington Post. The media industry has enormous cash flow problems and business model difficulties as it is. The last thing they want to do is hire multiple fulltime staffers to read through their comments.

Still, there are alternatives. The cheapest of these, and probably the best, is simply to get rid of comments altogether. This is what Andrew Sullivan does at his site. It's also been the path taken by Tom Spurgeon at the Comics Reporter. He will occasionally print selected correspondence from readers, and Sullivan often prints what amount to curated comments threads on individual topics of interest. They’re both interested in, and respond to, reader feedback. They just don't use comments threads to do it.

I'm sure comments threads won't ever disappear. People are always going to enjoy chatting about articles they've read, and as long as there's a demand for that, someone will provide a venue. Still, many sites would benefit from at least considering whether the comments are worth the trolls.