I hear God’s a mean drunk who’s always at the lunch counter. 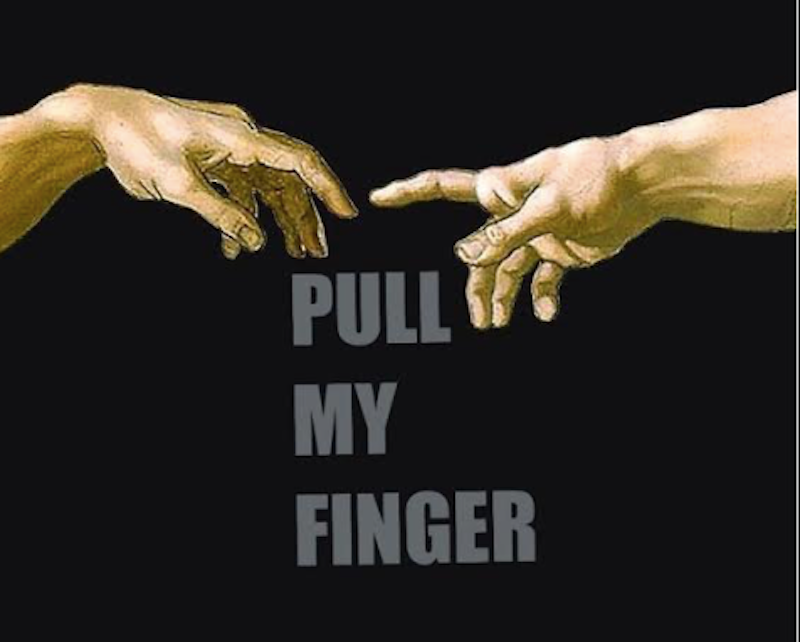 People believe whatever they want about fantastical overblown stuff. Suckers will buy any outrageous lie. Pay top dollar for the privilege of pulling the wool over their psyche too. Savvy consumers stock up on the holiness rap to keep them safe for the rapture and dark days ahead. Eat it up, no chewing required, just swallow the greasy cafeteria lunch of humble pie with a side of squibble squabble deep-fried crow’s spoon-fed lies. Taught the art of lying at a tender age, the lessons I learned by rote so well. To dictate, control and fleece its devoted faithful flock of followers until the pockets are inside out empty. Kept in the dark and force-fed a maxed-out credit line of crap. Zealots and fanatics stand together at the altar of holy moly hoodoo among the worst offenders in the mumbo-jumbo tribe of the chosen. You can be a member if you give until it hurts.

Give us all your money and we’ll deliver you from evil… wink/wink. Coupons of Christian economy. Like those little cartoon Bible tracts they hand out to whoever takes one. No matter what you do you can't hide from any gods, your mother, your father, your priest, the IRS, FBI, CIA, ATF, ICE or Santa Claus. They know how much net value you have in terms of money and how much you steal. They know when you think bad thoughts or feel hatred toward another. An almighty chemistry of fear and confusion with mock compassion vying for attention from an unfeeling god's corruption. A virus where the only cure is death to be reborn anew in the image of some holy roller who looks a lot like you.

But wait, god is an old white guy right? We're only rank strangers passing through on our way to eternity. Obnoxious blissful interlopers throwing ill-gotten gains around like arrogant SOB's. Elite secret society puppeteers. Tourists on the stairway to heaven. The sweet hunk of ethereal manna's biblical machine cut white bread slices slathered with mayo, American cheese and bologna. Chopped up and divided with an expired or declined credit card with lines of fluffy coke on a silver cloud. The prescription opiates are the narcotic of the masses.

Gabriel's horn blasts out lonely tunes like a long slow Miles Davis trumpet reverberation echo moans. A twisted Gregorian chant from the penthouse tower of Babel with all the hookers and holy rollers. Every city here is Sodom and Gomorrah. Like the Las Vegas Vatican has more gold and jewels than god or Fort Knox and the Republicans combined and they’re keeping it all for themselves. Fuck the needy.

Pilgrims in search of discount false idols with rebates. A cheap icon like the plastic Jesus sitting on the dashboard giving a signal to steal from the poor box. Give me that old-time religion and a stiff drink. I hear tell god's a mean drunk who’s always out to lunch. Who counts all the offerings in the Sunday basket? The reverend stuffs his pockets with your blessings. An entrepreneur in the reality game of good and bad. The eternal struggle makes good theater. Even Baudelaire knew the devil’s greatest trick was to persuade you he did not exist. God follows suit with high drama for a couple of diva queens like all gods and demons are known to do. On a good day the devil wins but god triumphs to save us from ourselves in the nick of time. God pitches the earth like a spitball into the darkest realms of our cosmos spinning round dizzily.

At the very last moment one can only imagine the epiphany of awakening after the great reckoning of an insane planet. The veil of reality has been ripped off. The truth performs a lewd striptease. Mother Nature is a sizzling hot runway model. Mesmerizing the great unwashed rubes of god's country. Times of uncertainty mingle with adversity like it's some off brand of a store-bought newfangled world.

Just what the hell did god do before the big seven-day gig creating the known universe? Surely must've had some other stuff going on. Being omnipotent has its advantages along with the pitfalls. No privacy and everybody wants an autograph. Being god is a tough act to pull off. Blaming god for things gone sour doesn’t make it any easier.

A small price to pay for eternity in heaven hanging out with everybody who died before you. Unless you go to that other place many believe is down there. If you’re lucky maybe even a chance of glimpsing god for a second and hang out with the sidekick trusty angels. No selfie pics with the great one. Without worry from worldly cares, sickness or death. All that's needed is faith, thoughts, prayers, a raft of bullshit and a firm belief of god's divine plan of an everlasting vacation in the afterlife. Isn’t that what we desire?