More Bluecheck Delusion, and the Holodomor 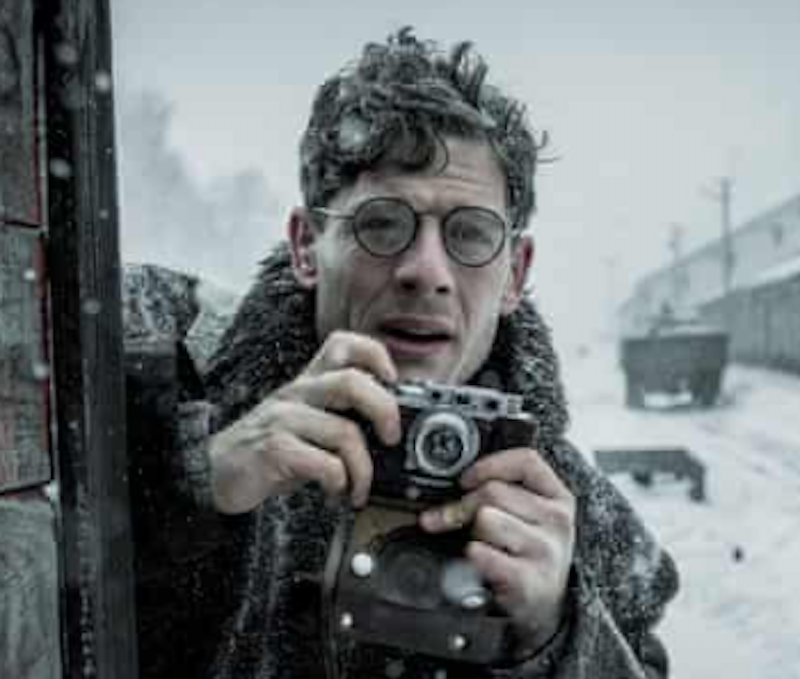 Another season of near-psychotic bluecheck delusion might be upon us. It could be comparable to the one, not so long ago, in which the Twitter geniuses were near-unanimously convinced that Russiagate would finish the Queens pimp off. It could even rival that season, four years ago now, when pundit confidence in a Clinton victory was perfect and seamless, a monument to in-group self-hypnosis.

There seems to have solidified among our geniuses the certainty that the current civil disorder, including the disorder in Portland, is popular among Americans. This hallucination could, given what’s slated to happen in this country on the first Tuesday of November, have world-historical ramifications. Numerous center-left and left-of-center pundits have tweeted some version of this sentiment in the last week. They’re convinced that vague popular support for police reform or for the essentially uncontroversial sentiment “black lives matter” is identical to positive approval of violent civil insurrection under an anarchist flag. They’re convinced, too, that Federal action against this insurrection is unpopular.

These people are psychologically damaged, as so many in our opinion-making classes are. And while I have maximum contempt for the pimp, it will be with amusement that, if it comes to it, I’ll watch their self-delusion translate into a handy victory for him at the polls in November, complete with the popular-vote victory that eluded him in 2016.

The cities, of course, may burn anew in the wake of this “shock” victory. But that will matter little to those of us chezHarris, our rural Indiana premises secured by ample firepower.

It’s galling to see the general praise for the new movie Mr. Jones, which presumes to tell “the truth” about the “Holodomor,” the so-called “terror-famine” that, the anti-Russian propagandists never tire of telling us, the Soviet Kremlin supposedly unleashed against the “Ukrainian nation” in 1932-33.

The development over the last half-century or so of the Holodomor myth represents perhaps the greatest propaganda coup in human history, a spectacular fabrication on that tremendous scale on which, as Hitler and other masters of informational manipulation knew, the Big Lie can only exist.

When it comes to the Holodomor, those of us invested in Russia and Russianism must doff our caps. We have been routed. The ideologists of Ukrainian Nazi-Banderite nationalism and their fellow travelers (Anne Applebaum and Robert Conquest prominent among them) in the “stinking kitchen” of Zionist-liberal historical mystification have succeeded to a fantastic extent, perhaps behind their wildest dreams. The Holodomor is by now accepted as a 20th-century atrocity second only to the Holocaust itself, not to mention established as a moral cudgel with which the liberal West can—liberally, as it were—beat a disarmed Kremlin around the ears. That the Ukrainians were arguably at least as responsible as the Nazis were for the Holocaust—while the Kremlin’s glorious Red Army ended it—is only one of the many ironies involved in this sordid affair.

But let’s give the devil his due, for argument’s sake. Let’s say that the Holodomor did happen precisely as the poison-penned anti-Russian liars and maniacal Kiev Junta race-supremacists insist it did. Let us posit a government—the Soviet government under Comrade Stalin—engaged in a mammoth collective undertaking, a sort of moral super-project: the securing of national agriculture under a regime of top-down administration oriented toward the distribution of nourishment to all the citizens of a polity ideologically premised on the equality of those citizens, on their equal dignity and human worth.

Let us posit, too, an exploitative liberal-capitalist class, the so-called kulaks, engaged in a coordinated campaign of “wreckage” and subversion of this government undertaking, this communal project to secure the Common Good. Viewed in these terms, is there a paleoconservative, a “common good” conservative, alive who could in conscience contest the moral propriety of the Kremlin’s mission, even to the extent that that mission involved coercive force? Is not coercive force in pursuit of the Common Good precisely what we require of a government?

Or so preached Father Nicodemus at mass this past Sunday, taking Mr. Jones as his jumping-off point and the Parable of the Loaves and Fishes as his text.

Not in so many words, of course. I have “translated” his pungent Russian immigrant English, peppered with solecisms and earthy snickers and what we might call “barnyard epithets,” into my own idiom. Elsewhere in the sermon, Father addressed the renewed rumors that the Russian Orthodox Church is considering canonizing Comrade Stalin—a topic for another time.