This writer and all of Red Sox Nation thanks Joe Castiglione for helping them get through this truncated season. 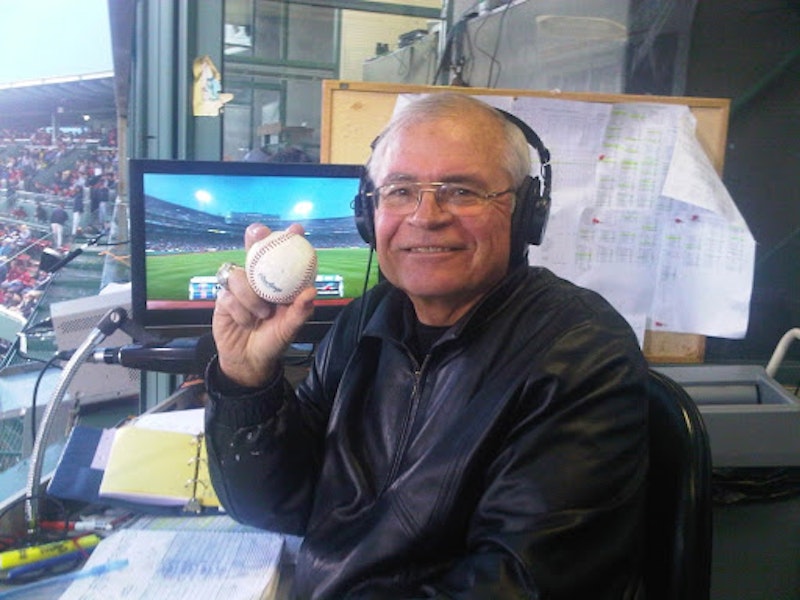 The voice has a cadence that's distinctive. Small peaks and valleys, nasal but not at all annoying. He's 73, but his mind is clear and his tongue rarely stumbles over words. He tells of balls and strikes. Long foul balls and interminable at-bats. He’s a narrator and an improviser, a storyteller and an interviewer, and since 1983, he's been letting the citizens of Red Sox Nation know how much the grapes are going for at their local market.

His name is Joe. He's short, has tiny hands, and his memory is expansive. He's from Connecticut, went to college in the Northeast, and then worked in Cleveland and Milwaukee, before returning to the Boston area. The stay-at-home life is unbearable for some. For an at-home dad who’s been teaching at night, staying home is more familiar. And with that familiarity, especially in previous summers, comes the sound of old Joe.

Each game is filled with anecdotes, dropped in without derailing the game action. This is a constant balancing act in baseball broadcasting. Keep the listener engaged with running mini-tangents while aware of the action. Baseball’s a leisurely activity, perfectly suited for the timeless pandemic moment.

The audio stream on the phone is constantly dropping. MLB At-Bat should be renamed MLB Stay-Home. At first it drove me bonkers. Having to press play all the time. On the other hand, it was like I was asked to keep choosing to listen. When a radio’s on in the background it provides a kind of ambient soundtrack, a layer that coats and cushions reality. Hearing those sounds provides an alternate way of life, but it can sink you into a kind of semi-conscious stupor, and the advertisements can turn that stupor into audio-sludge.

Now it’s the beginning of August and the summer will become autumn before we know it. In this bizarro 60-game baseball season, fans are trying to find avenues of familiarity to ground ourselves in. Positive COVID-test-results are wreaking havoc. MLB could be shut down any day. Or not. This season will float along like a rowboat slowly taking on water, with the 60-man player pool keeping some teams afloat. Joe will be in my ear telling stories, going in and out... at least for now.