Panic in the streets of Washington. 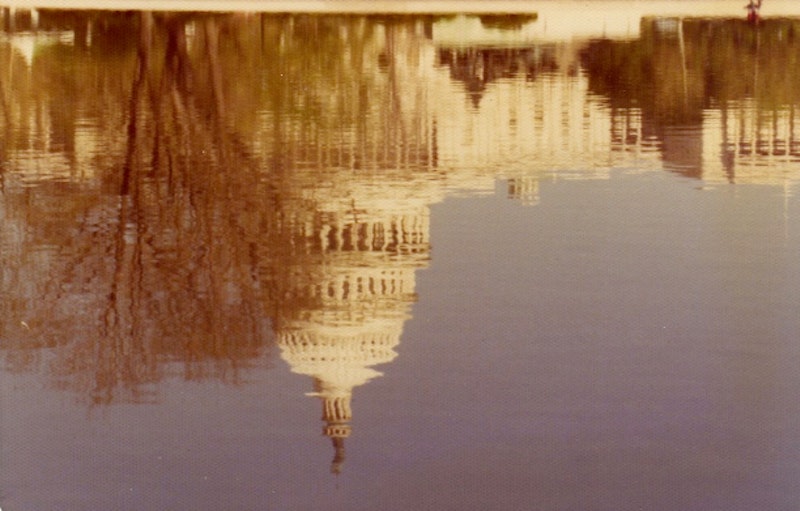 The picture above accurately portrays what the media, and American electorate (those who are paying attention to the 2016 elections) believe is the current state of Washington, D.C. Donald Trump is the main culprit, of course, with his bluster and threats to blow the house down. It’s a country turned upside down, and the Beltway power brokers, used to dictating the terms of how campaigns are run, are appalled, ostensibly for the stability of the nation, but most because they’re pressing their noses against the window of the new restaurant in town. Weekly Standard editor William Kristol suggests, perhaps seriously (if he has the energy), that a third party be formed should Trump win the nomination. Washington Post op-ed columnists, the liberal Eugene Robinson and conservative George Will flatly state that it’s the end of the Republican Party as we know it (“conservatism,” in Will’s case), and they don’t feel fine. (Okay, crocodile tears from Robinson, but it upsets his equilibrium nonetheless.)

Here’s a catch: this photo was shot in April, 1974, during a short road trip my college roommate and I took to D.C., meeting up with friends at Georgetown University. It was a tumultuous (and vastly entertaining) period in American history, as Richard Nixon was just months away from resigning, and the grandees at the major daily newspapers—back when the Post and New York Times had far more clout—claimed a “Constitutional crisis” was looming. I was 19 at the time, and couldn’t stand Nixon, but was hardly cowed by this hyperbole. Sure enough, Nixon left office that August, the out-of-his-depth Gerald Ford replaced him, Republicans were trounced in the fall midterms, and the end of the Republican Party was nigh. Except it wasn’t: yes, Jimmy Carter defeated Ford by a nose in ’76, but four years later Ronald Reagan creamed the sour Carter and politics shifted once again.

The upshot of all this is that the D.C. “establishment” (which includes affluent journalists) doesn’t have a clue of what’s happening across the country, now that Trump’s broken all the rules, and so it’s sputter, sputter, sputter.

As noted before in this space, I’m equally dumbfounded by Trump’s supernatural resilience—he’s taken outrageousness to a new level and hasn’t yet been dinged. My son Nicky says Trump is the political equivalent of Howard Stern, and who can argue with that assessment? But should Trump prevail in the GOP primaries and then go on to defeat Hillary Clinton next November, the political infrastructure won’t crumble. Nor will conservatism, as Will sanctimoniously proclaims. I do think it’s not likely Trump would be an effective president—memorable, yes, but lousy at the actual job—leading to a Democrat defeating him in 2020. And Republicans would re-group and the cycle would start all over again.

How can you even take such a statement seriously? The long reign of FDR/Truman supposedly killed the GOP, as did Barry Goldwater’s landslide loss to LBJ in ’64, and we all know that Nixon single-handedly nuked his party. Except none of that happened.