No Good News for New York

Mayor Bill de Blasio says the “New York is coming back strong,” but that’s not true. 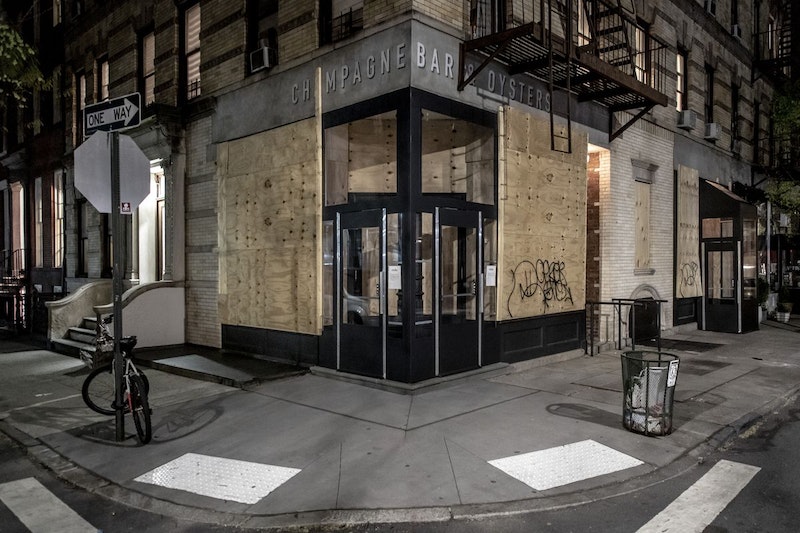 What will New York look like when it’s finally over? Smaller, much smaller, or back the way it was. Will we recognize it or will we strain to remember where our favorite places were? What will people do and where will they go? Everyone has these thoughts even if they don’t voice them.

Mayor Bill de Blasio says the “New York is coming back strong,” but that’s not true. An essayist recently wrote a piece entitled “New York is Dead Forever,” but that’s not true either. Americans and foreigners will come to visit again; people will spend money on awful souvenirs and dine on weird creations from food carts just to say they did. The skaters will return to Rockefeller Center, the Marathoners will run and Wall Street will survive, as it always does.

But how different the city becomes is the question. The outlines of the new New York are beginning to become clearer and they look something like this—movie theaters might be relegated to the past; the VCR started it, the pandemic probably completed the process. The retail shopping experience in “brick and mortar” establishments will be a novelty reserved for small, highly specialized shops. This began with catalog shopping in the 1980s and continues with the convenience of the Internet. Lord & Taylor, Brooks Brothers and Century 21 have disappeared.

Macy’s is still around, for now. But it’s not a stretch of the imagination to foresee the Vice President for Strategic Planning at a Macy’s board meeting looking at a photo of the 34th St. emporium and saying, “What are we doing here?” The looting didn’t help customer relations. If Macy’s leaves New York that’ll be the end of the Thanksgiving Day Parade and the July 4th fireworks.  The ripple effect will begin. Restaurants and bars will reopen, but in smaller numbers. The owners have left because of high rents, bogus health regulations and flu fatigue; they’re not coming back and their kids don’t want to join the daily culinary grind. In addition, the era of the massive office building is over. Employees can work from home; they’ve proved it. The small businesses that served those office workers will disappear and those jobs also. Commercial real estate prices will sink and tax revenue will sink with them. The Lincoln Center may not survive in its present form; too many artists, stagehands and musicians have relocated and it’ll be difficult to get them back. The same can be said for Broadway theaters and the businesses that depend on them. With less entertainment there will be fewer tourists and thus fewer hotels with fewer clubs. And the city’s financial situation will become dire.

The state and city will expect the federal government to pour billions of dollars into NYC, but that’s unlikely. Neither political party has shown interest in aiding a corrupt, mismanaged municipality. City services will decline as will the quality of life that will lead to even more of the population leaving. Mom and Dad have figured out that they can get a house with a backyard for the kids, not to mention schools that teach and police that actually enforce the law. Some who live in my neighborhood would comment, “They’ll regret it. There’s only one New York experience.” In truth, there are many, including getting spat upon by a deranged homeless guy while you walk to the subway to get to work.

The city will become more segregated. Crime, grime and moral decrepitude are not great selling points that entice most people. Elected officials, when confronted with these realities, turn the other way because it doesn’t fit their political philosophy or what they learned at Yale three decades ago.

And the particular bête noir of this mayor—the horse drawn carriages in Central Park—will probably vanish due to fewer tourists. Some will say, “Cities change.”  That’s true. But still, New Yorkers will recall the clip-clop sound of hooves in front the Plaza, the neighing on a brisk autumn afternoon and like all the other facets of their city’s extraordinary, unique environment, and they’ll miss them.