Diary of a High School Senior in a Pandemic

I fall into a minority with this decision to stay home. 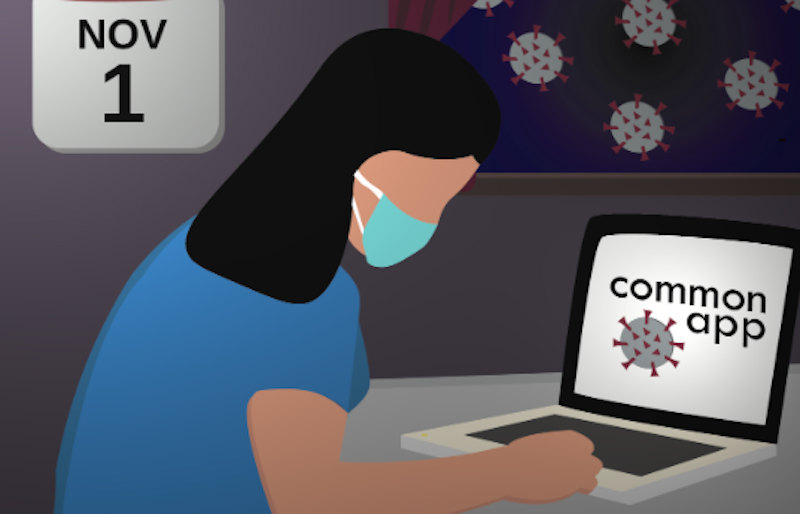 Next week, my school will begin its first phase of in-person instruction. It goes something like this: we’re divided alphabetically into either a Monday-Tuesday group or a Thursday-Friday group. Each day, we’ll attend two classes. However, students have the option to stay fully virtual. I stand by my decision to stay home. Virtual learning hasn’t been an issue for me. It’s even been beneficial for my mental health.

Social anxiety is alleviated by turning off my laptop camera on bad days. I can choose to do my statistics assignment while eating brunch with a friend. That said, I acknowledge that many of my peers are struggling to stay motivated without being in a typical school environment. I fall into a minority with this decision to stay home. Most parents want their kids to “feel normal again” (naive if you ask me), or simply want them to leave that goddamn couch for the first time in eight months. Parents, in fact, were the driving force behind us returning to school—and you’d think that would be for their kids’ sake.

In reality, most just miss micromanaging prom and sporting events. At least that’s the conclusion I’ve come to, since parents were the ones who organized (via Facebook groups) drive-through pep rallies and mock homecoming celebrations this fall. The school itself did not affiliate with these for liability reasons. Students had little to no part in planning the events. Because, contrary to our parents’ beliefs, we couldn’t care less about school spirit after all we've dealt with this year. I appreciate their optimism, but homecoming is the last thing on my mind right now.

Another hot topic in my rural Maryland school district? Our superintendent, Dr. Andrea Kane, who was only sworn in a few years ago, is MIA. After much uproar this past summer—from parent-run Facebook groups—after Kane addressed the Black Lives Matter movement, the community has had contempt towards her. Dr. Kane was our first black superintendent. Most of her career was spent in Anne Arundel County, where her leadership was widely praised. The 85 percent white Queen Anne’s County doesn’t reflect that attitude. Some Facebook vigilantes called her BLM address “indoctrination of our children”. As of two weeks ago, she’s been on a leave of absence. Not the most convenient time to up and leave, though I suppose she had her reasons. This controversy caught the attention of The Baltimore Sun,​ which rarely reports on matters east of the Bay Bridge.

I’m counting down the seconds to graduation, resenting the fact that I couldn’t vote in this election that will ​impact my young adult future, and awaiting college application results. As if I’ll even step foot on any campus by next fall. Now that colleges have figured out that they can charge full tuition with this online format, I’m not sure they’ll ever go back. Gen Z is screwed beyond belief.