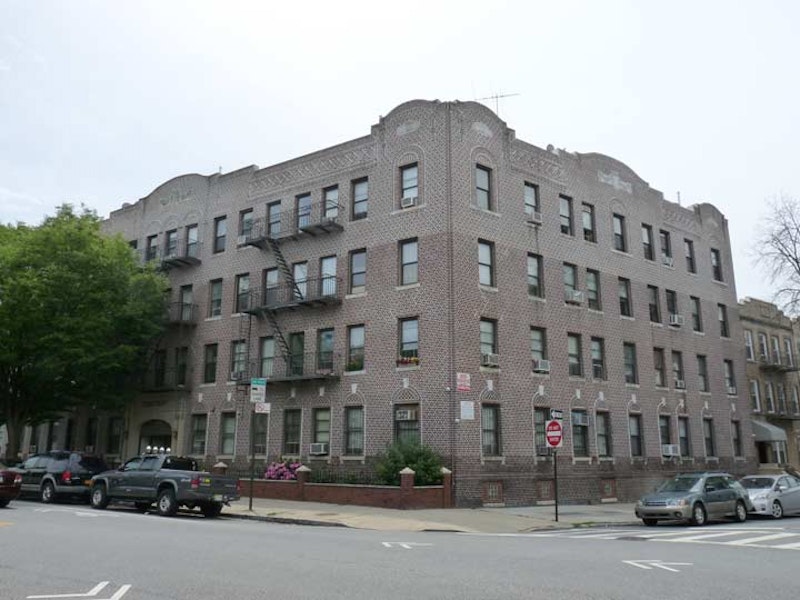 It's never hip or cool to be a nostalgist. I've always been a nostalgist, and never cared about being hip. I return to Bay Ridge frequently, but when I lived there I was tortured by the nuns and students of St. Anselm's School; I later worked nights and made very little money; the house I lived in wasn’t insulated and was drafty; the train rides were interminable, especially when the Manhattan Bridge was closed nights or during trackwork.

But it was an occasionally pleasant place. There were the brownstones and attached homes (which I couldn’t afford, then as now), the water views from Shore Rd., the proximity of family. But my nostalgia for Bay Ridge is not predicated on a former “good life” that has somehow since proven elusive; it’s the simple remembrance that I was in a particular place at a particular time. I didn’t choose to be born in Bay Ridge, I was simply there for many years, and remember it well.

The title photo shows my first apartment building, at 8302 6th Ave. in Bay Ridge, where I resided with my mother and father, and then just my father and me after my mother passed away in 1974, until my early 20s. My parents moved in in 1955—neither were from New York City: my father Kevin W. grew up in St. John’s, Newfoundland, moving to the States in 1949 after Newfoundland voted narrowly to become a Canadian province. My mother Betty was raised in Troy, New York and worked with my grandmother in the offices of large Cluett-Peabody shirt and collar factory. Even today, Troy is known as the “Collar City” even though the shirt factories moved south over 30 years ago. Thus, I was never shackled with a New York City accent, which I dislike. My accent seems to be a flat Midwestern accent, with an occasional New York habit of dropping end consonants when I’m agitated.

My father, after arriving in the States, somehow wound up in Troy in the early-1950s. I’d asked him to relate the exact circumstances that led to his meeting my mother, but he’d always reply “I’ve told that story before,” and whether he had or not, I’d sense a certain reluctance behind the demurral. That’s not to say their relationship was strained; you never saw a more devastated man than my father after my mother died. However, real details about their past were always hard to come by.

We had a two-bedroom apartment on 6th Ave., in the rear of the building. Some bedroom windows faced a wall, but others faced the backyards of the attached houses along 83rd St. and so sun would come in the afternoons. Other windows in the living room faced an inner courtyard. The kitchen was just inside the front entrance. It was a rent-stabilized building, and my father liked this apartment well enough that he lived here from 1955 to his death in 2003. My school, St. Anselm, was two blocks away. Both my parents worked, my father as a custodian in Stuyvesant Town and my mother at Manufacturers Hanover in downtown Manhattan. She worked part-time, left work around two, and often would be already home when my grandmother, who largely raised me in my early years, and I arrived back from school. 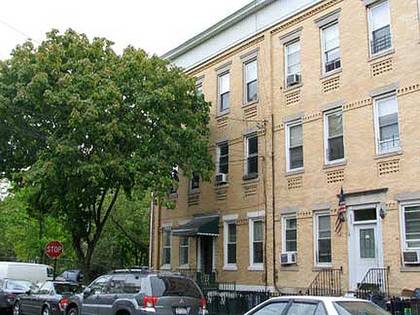 The building on the left shown here, 654 73rd St. at 7th Ave., was home to my second apartment, a one-bedroom on the third floor, beginning in November 1982. Earlier that year, I rented an apartment in Greenpoint since several friends lived there, but I wasn’t enamored of the one electric socket in the whole apartment, or the bathtub in the kitchen, so I broke the lease and went back to 8302. I found this place soon after. It was a one-bedroom railroad apartment with cross ventilation, though I acquired my first air conditioner for it; 8302 wasn’t wired for it at that time. The windows were drafty and I was cold half the year, but I loved the place and remained for eight years. 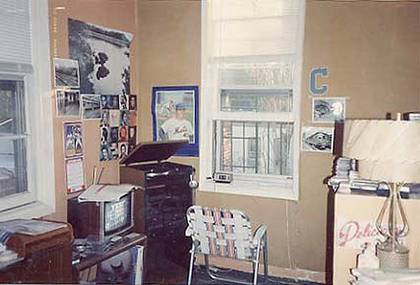 Let's see... this was the media room, stereo, LPs, TV. The photos on the wall are old subway cars; the poster, of Julian Cope wearing a turtle shell, accompanied his 1984 Fried LP (and Cope certainly was and still is); the other one came with Face Dances, the Who's first offering after Keith Moon's death in 1978. I acquired the Tom Seaver poster on July 24, 1988 when the Mets retired his number 41; I got the TV at Harvey Electronics on W. 45th St. in 1984 and had it until I moved to Little Neck after 2007. I favor lawn chairs for relaxing indoors, since they can be pushed in and out so easily. I loved the views from this room, since the windows faced south (to the Verrazano Bridge) and east (to McKinley Park.) You can see the wallpaper coming loose and plaster falling on the floor. Since then, I don’t decorate walls like this, though I have a few framed posters.

When I first moved in, it was to an apartment on the second floor. I worked nights during the 1980s and would get in around four or five a.m. There was a “crazy lady” in an apartment on the fourth floor that the owner wanted out, so he shrewdly offered me the adjacent apartment. The sounds of me stumbling about after getting in in the early morning soon caused her to leave. That was his reasoning, it worked, and I had a great space until 1990.

By then, new owners had taken over. I was still fairly young and naïve, so I fell for the old trick—they told me they wanted the apartment for their daughter and would I please move out? I was within my rights to stay but I didn’t know it at the time. When I met the owner’s wife on the street a year later, she offered it back to me at nearly double the rent (which was $300 in 1982 and had only increased to $475 or so by 1990). 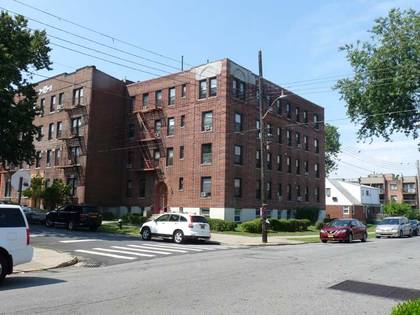 I bounced around for a couple of years, even taking a one-bedroom in 8302 again for a year, before I snagged a job in Port Washington in Long Island. This entailed two or three subway lines and the Long Island Rail Road to get to and I was wearing out, so I sought an apartment closer to the job. After failing to get one in Little Neck, I settled for a one-bedroom on the top floor of this building, 43-06 159th St. in east Flushing in 1993. I was here because of basic inertia for 14 years. It was convenient enough and I got sufficient exercise by carrying my bicycle up and down four flights of stairs and roving from here all over Queens. The top floor faced east and was flooded with sun in the early morning hours.

Similar to my journey at 654, I changed apartments in the building. Originally I was in a very small place on the third floor that was cramped and got very little light. However, a bigger place opened up on the fourth floor that I jumped on when it was offered to me. Once again, it was rent-stabilized and in 14 years, I skipped an annual increase a few times. It was $585 when I moved in and $775 when I moved out. 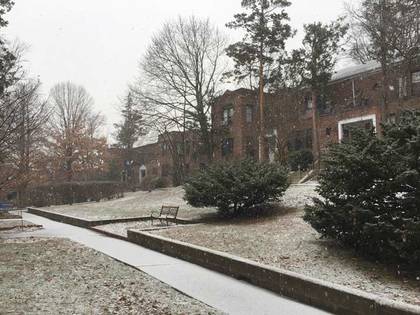 By 2007 I’d come into a modest inheritance from my father, who passed away in 2003, and have always been a resolute saver, never spending extravagantly or going on overseas trips. Hence, I had enough scratch to pay a substantial down payment and snag a one-bedroom here in Westmoreland Gardens on Little Neck Parkway. I had had my eye on Little Neck ever since getting that Port Washington job, and had even taken a look at a place in this complex in the 1990s, but couldn’t really afford it then.

Westmoreland is my favorite of all the places I have lived; at 860 square feet, it’s the biggest by far. The Long Island Railroad is two blocks away. My fortunes have turned since 2007, though, and I’ve had to settle for freelance and temporary copy editing and proofreading work since 2011, as well as doing tours associated with my site, forgotten-ny.com. The bathroom is in desperate need of work—it’s still the original from 1941, with gorgeous tile work in black and gold but also 75-year-old pipes that have to be replaced. If I ever want to sell this place for a decent amount, money will need to be spent to completely redo the bathroom. I just hope I don’t have to sell the place soon. Where would I go?