Montana and the End of the World

I lived in a state of parallel play alongside the denizens of what struck me as a strange, distant world. 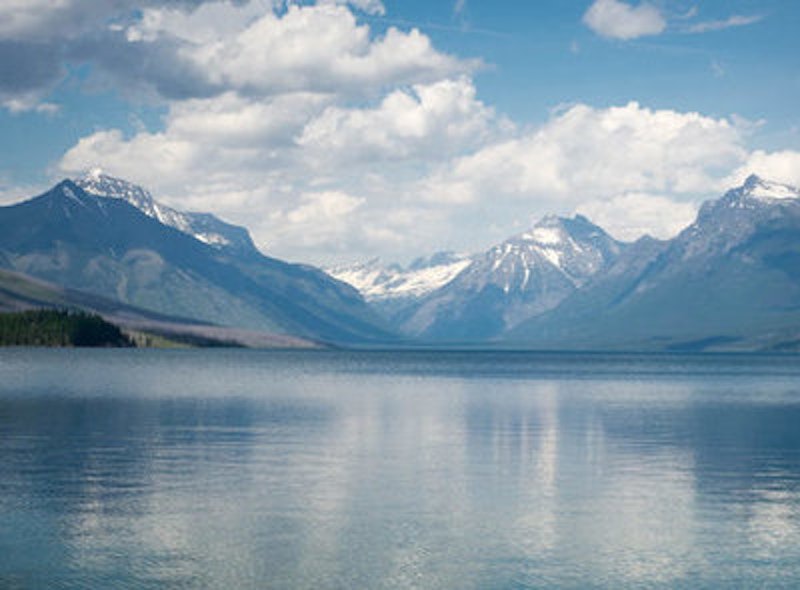 For reasons that are now lost to history, I moved to Montana after I quit working for Abercrombie & Fitch. I suppose that there exists a strong sense of community among the families who live and work in the Flathead County resort towns of Whitefish and Kalispell, but I didn’t share in it during my time in that area. Rather, I spent two years living in a state of parallel play alongside the denizens of what struck me as a strange, distant world.

Going to Montana completed a process of reclusion that had begun when my family moved to the eastern wastes of coastal North Carolina. I was still a young boy then, and it’s possible that I could’ve integrated myself into this new environment. In fact, it probably would’ve been beneficial if I had done so. But I didn’t, and instead resisted the development of an accent or any other attachment to the local culture. I was among them, not of them.

So when I left North Carolina and traveled to Glacier Park, it amounted to going from no place to the middle of nowhere. Sure, I missed my friends and relatives, but my affection for them wasn’t rooted in any affection love for the South. Most of them would eventually leave the state, anyway.

I don’t know what I was expecting in Montana. Did I plan to work as a substitute physical education teacher, or as a debt collector? Did I anticipate joining the UFCW union and launching a high-powered career in stocking produce? Did I figure that I’d be spending lonely night after lonely night in a damp basement, writing some of the worst, most derivative creative nonfiction known to man?

The answer is “of course not”—how could it be anything but?—yet I can’t envision any alternative to these outcomes. In other words, I had to do what I did, because there wasn’t anything else for me to do. I was 19 when I graduated from college, and I wanted nothing so much as time to myself.

I can no more state whether I hated the jobs that I worked while residing there than I can recall a specific memory from my childhood or adolescence. And is that such a strange thing, when you think about it? I believe that I’m simply being honest about an incessant process of memorialization that, decades later, usually results in a distorted picture of one’s own past.

What recollections do stand out from my time in Kalispell, then? Journeying to the farthest-flung and most disturbing corners of what passed for the Internet back in the early 2000s. Exercising at a local gym where drifters and militiamen maintained memberships in order to access to the showers and toilets. And most significant of all: launching the Moustache Club of America, a creative writing project that had grown out of an earlier series of collaborations with my dear friend Ryan Powell.

It was while I worked into the night on the Moustache Club—hidden away along the Canadian borderline, separated from the mainstream of American life—that I began to understand an especially poignant passage in John Barth's short story collection Lost in Funhouse: “He wishes he had never entered the funhouse, but he has...and then he wishes he were dead, but he's not. Therefore he will construct funhouses for others and be their secret operator—though he would rather be among the lovers for whom funhouses are designed.”

For so much of my life, that's how I had felt. Although I never completely figured out what the hell was going on, I certainly wished I hadn't "entered the funhouse." And yet, as I sat there working with Ryan on a meaningful but doomed project that would eventually come to define all of our subsequent work, I realized that there wasn't much I could do about these confused feelings. Nothing, that is, except "construct funhouses for others," which in this case consisted of the corpus I was slowly but surely producing.

It wasn't good writing, at least not at first: it was sloppy, uninteresting, derivative, and overwritten. Much of what appeared on the original website was intended to be funny, but instead wound up coming across to our handful of readers as hurtful and stupid. Nevertheless, ideas and sentences I'd recycle in later years were hashed out over marathon AIM chat sessions conducted back in those bad old days.

After a meaningless nine-hour workday of harassing debtors, refilling the banana rack, or collecting red balls from over-eager middle-schoolers, I'd stumble home, retreat to the basement of my father’s house, fire up my Gateway PC, and start typing away. I'd sit at the keyboard for hours on end, getting rid of much of the bad writing that was left in me. The starkness of that environment in the winter—an environment that I braved only to go to the gym or whatever terrible job I was then holding—facilitated this sort of withdrawal. Sometimes the snow was piled 25 inches high outside the house; sometimes the temperature dropped to 10 or 20 degrees below freezing.

It was, in its peculiar way, a wonderfully stimulating experience. By the time I left Montana in 2004 to attend law school, I’d written hundreds of pages of garbage. I didn't think it was garbage when I wrote it. Yet it was, and now it's gone. I wouldn't be writing anything like that ever again. The original Moustache Club blog endured for two more years, improving somewhat in quality before I pulled the plug on it in 2006.

During the succeeding 12 years, I’ve accomplished a bunch of things I never thought I’d be able to do. Yet I still remain on the outside looking in, still not "among the lovers for whom funhouses are designed."

But oh well. Such worries are kid's stuff. I just needed time to get my shit together. All of us funhouse-builders do, if we are to ever construct our masterpiece.