I Still Kick Out the Jams 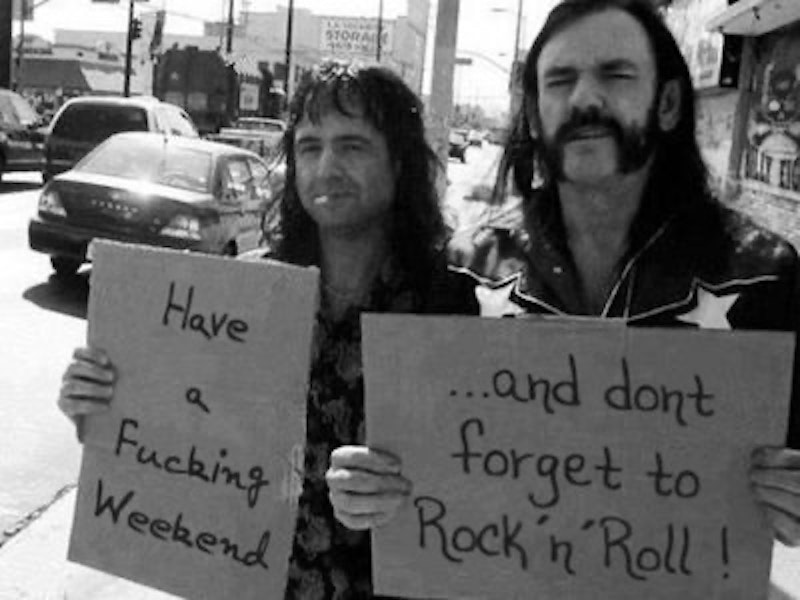 It’s been a long time since I rock and rolled. I still rock out loud. Just the other night I was jamming to 1969’s Let it Bleed. The Stones’ best album in my estimation. I was drinking strong liquor and wankin’ away on my guitfiddle. Singing and playing along with the boys in the band. The feeling is hard to describe. It’s like getting your rocks off and letting it all hang out while partying like there’s no tomorrow. Like you will live forever. My freak flag was hoisted high. I’m so jaded nowadays r & r means more like the alternative, ”rest and relaxation.” That’s fine, considering the modern birth of rock ‘n’ roll and my birth occurred at roughly the same time. It’s only fitting to take a little break.

The roots and spirit of rock ‘n’ roll may trace back to colonial days when immigrants from all races gathered in the public houses, pubs, and taverns of the new world to drink the night away. To dance and play a musical hybrid of Irish jigs and reels, Scottish pipers, African rhythms, European waltzes, Gypsy dances, and standard drinking songs popular at that time in the colonies. The air was thick with many languages, profanities, and the unspoken static of sexual tension on the verge of orgy and anarchy. The aroma of tobacco, hashish, and opium smoke mingled with too many sweaty people swilling beer debauched together in a taboo room. A united cacophony of smacks, punches, coughing, hacking, swearing, stomping feet, clapping hands, banging tabletops, singing and whooping it up in rhythms. Loud fiddles, guitars, flutes, drums, banjos, squeeze boxes, spoons rattling, wood knocking, metal clanging, bottles and mugs clinking endless toasts to life, shattered glass, and voices raised in joyous harmonies of camaraderie. A bacchanalian bastard Satyricon of seedy nightlife. There was no segregation of sound or people during that brief blinding episode when the idea of America was embryonic.

It was the original concept of freedom and equality for everyone escaping religious persecution and ruling class morals. The taverns were open to all whether rich or poor in the ethnic rainbow. Even women and children were welcome. Your money was as good as anyone’s. It was a dangerous mix of independent thought and decadent action. Something like a crazed free-for-all mob out of control. A colonial punk rock mosh pit. It was the essence of something akin to rock ‘n’ roll. Simultaneously exciting, exhilarating, erotic, too loud, intense, acrid and dangerous. The Founding Fathers slowly realized they must put a stop to its rebellious proliferation before it drained their power, stealing their command. Mocking their puritanical authority away.

Town leaders imposed and enforced laws to regulate the public through segregating the races. Cracking down on bawdy houses, brothels, bars and the like. Keeping people from congregating, except in churches. They burned witches at the stake and placed offenders in stocks in the center of town where they were ridiculed and shamed. Pelted with stones, feces, rotten eggs, produce and bodily fluids. Instilling fear by public humiliation and imprisonment. They controlled, bought, enslaved, and sold people like cattle. Our forefathers were not the enlightened bunch as they’re portrayed in most books of history. From those not very innocent beginnings right up to this very guilty moment little has changed except for the fashions and language of the day. Hatred is still pure and unadulterated. The sophisticated and the primitive were always natural opposites. The high class looking down its snoot at the downtrodden masses.

Jazz spewed out of the Roaring Twenties creating blues and big band orchestras. Still they tried to segregate us. Travelling minstrel shows and crooners. Street corner Do Wop acapella and rockabilly juvenile delinquents. Zoot-suited cool cats and WWII veteran biker gang malcontents. Cultured hipsters and beatniks making way for more jazz and discrimination. The 1950s were turbulent as any decade could be. The rabble were restlessly searching for the next big thing. Nothing new was happening in the square gray button-down world. People were tired of the same old thing. Race music was gaining popularity among young people of all colors. The white establishment who considered the new music “jungle music” also demonized it. The unhealthy choice for white youth. Segregation is still alive and well. Chuck Berry, Bo Diddley, Fats Domino, Little Richard, James Brown, plus many more usurped and ripped off by safe white crooners like Pat Boone, Lawrence Welk, Paul Anka, Frankie Avalon and Burl Ives.

Elvis Presley was considered by many at that time to be the biggest traitor to his white heritage and a sexual deviant corrupting america’s teeny boppers with his hip gyrations and race-mingling musical choices. The time was ripe for rock ‘n’ roll. Radio was king. Buddy Holly, Bill Haley, the Big Bopper, rocking around the clock for teenage dance shows. The night the plane crashed and the day that music died. Only to rise again like rockin’ robin from the ashes. The television dance shows of Buddy Deane and Dick Clark made rock ‘n’ roll accessible to the average white kid in Anytown, USA. Alan Freed, payola and scandal ruled the airwaves. Jukeboxes appeared everywhere. The sound of protest and folk music, 45’s, and crystal ham receivers with one earplug.