Waiting for the Shock Wave

Guns are too dainty. 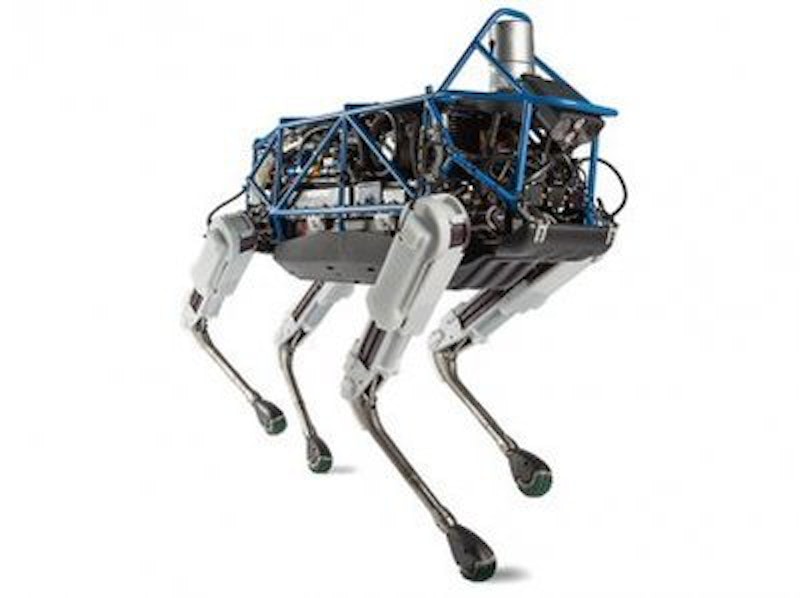 A few nights ago, I dreamt that I was sitting in that diner in the town of Twin Peaks drinking coffee with a little black goat and a little white lamb. I was expounding on an epiphany I had back in the 1980s as a result of reading Philip K. Dick’s VALIS trilogy and how that experience is resonating with me today as I find myself embracing Christianity as the last best hope for the salvation not of my particular soul, but of Western Civilization itself. Our waiter was the genocidal android David 8 from Ridley Scott’s recent Alien prequels. He’d just refilled my cup when there was an incredibly loud explosion in the distance.

I knew instinctively that it was a nuclear blast. I braced for the inevitable shockwave and woke up laughing. I wondered if David had put any of that mutagenic black goo in my coffee. Outside, the sun was coming up on another perfect day in Florida. I got up and put on a pot of coffee. I rolled a joint, lit it up, and opened my Chromebook to check the news. It’s a laugh riot every day. Humanity hasn’t quite reached the Fermi Limit, but you can see it from here.

Thirty-three years ago, Terry Gilliam’s Brazil was a breakthrough dystopic comedy. Today, it looks just like the news. People are swallowing absurdities from the mainstream media. With very few exceptions, our leaders are openly corrupt, laughing at the gullibility of a public that believes two planes destroyed three skyscrapers or that an out-of-shape 60-year-old man with no military experience or training pulled off the largest mass shooting in this country since the Wounded Knee Massacre at a casino in Las Vegas. If you want to know what happened in Vegas, I suggest that you pry into MGM stock transactions the week before. “Follow the money,” as Deep Throat advised.

I’m rethinking my position on guns. There are too many legal issues in play when it comes to defending yourself or your property with a gun. I’d rather have a personal defense robot capable of tearing an attacker limb from limb. That canine-looking thing from Boston Dynamics is perfect. A robot would provide several extra layers of plausibility of deniability in court, and the visual of a violent bully turned into innumerable chunks of stew meat and sweetbreads in seconds really appeals to me. Guns are too dainty.

While personally opposed on moral grounds to abortion, I’ve always supported a woman’s right to choose, but I sure as hell don’t want to pay for it. If I have to pay for my impending cataract surgery and my dental care, you can pay for your own infanticide. I want nothing to do with it. A lot of people agree with me. Either socialize medicine entirely, or force everybody (starting with Congress) to pay their own way. Those disingenuous harridans at Planned Parenthood claim that abortion accounts for only three percent of their business, but how much revenue do they derive from selling the aborted fetal tissue? That’s the question.

Orwellian nomenclature abounds, and it’s undermining the English language. How many goddamned pronouns do we need? I regard anyone who insists on being addressed in the plural as worthy of examination to determine whether they are, in fact, possessed and in need of an exorcism. The hordes sweeping into Europe and the USA are not “undocumented immigrants,” they’re invaders. Weaponized immigration is How The West Was Won. You’d think white people would know that, considering how well it worked for us in taking California from Mexico.

There are these incredible little tiny drones now with an explosive charge built in that can fly up to you and blow your head off. Given the “catch and release” approach of our judiciary system toward violent felons, I’d suggest assigning one of those things to anyone convicted of three violent felonies, programmed to dispatch the miscreant to the afterlife if he or she makes the wrong move.

Those rodents Nancy Pelosi, David Hogg, and Kurt Eichenwald should be locked into a cage together and shipped off to a zoo in the Philippines. The media should boycott Hillary Clinton. She has nothing to say worth hearing and is a textbook example of malignant narcissism. Replace Anderson Cooper with Max Headroom, he’s more believable. Any news anchor who says, “This is an extreme threat to our democracy” at any time should be thrown down a well. Speaking of “our democracy,” not only should you have to present identification to vote, you should have to pass a Civics 101 exam given in English only to qualify to vote, just to prove you know something about how our system of government is supposed to work.

We should bring back the draft, with no exemptions. Maybe then these brats that are marching against my Second Amendment rights and those batshit women with their infantile pussy hats would find something serious and possibly attainable to march about. The military-eligible offspring of Congress members should be the first to be shipped off to war, directly to the front lines.

Lower the speed limit to 55 nationally. The impact on highway fatalities would be enormous, and fuel economy would go way up. Ban diesel fuel altogether. Diesel exhaust is responsible for the majority of respiratory illnesses in the country. Cigarettes are good for you, certainly better than Prozac or Zoloft. Repeal all smoking bans.

Finally, dig up Theodore Roosevelt so that we can extract some DNA and clone him. We need him now more than ever. I’d suggest Bill Hicks, but I think he was cremated. More’s the pity.

I’m still sitting there, in the Double R diner with the lamb, the goat, and the killer android, waiting for the shock wave. The android is looking at me funny. Any day now.