Celebrating the end of my first semester of college. 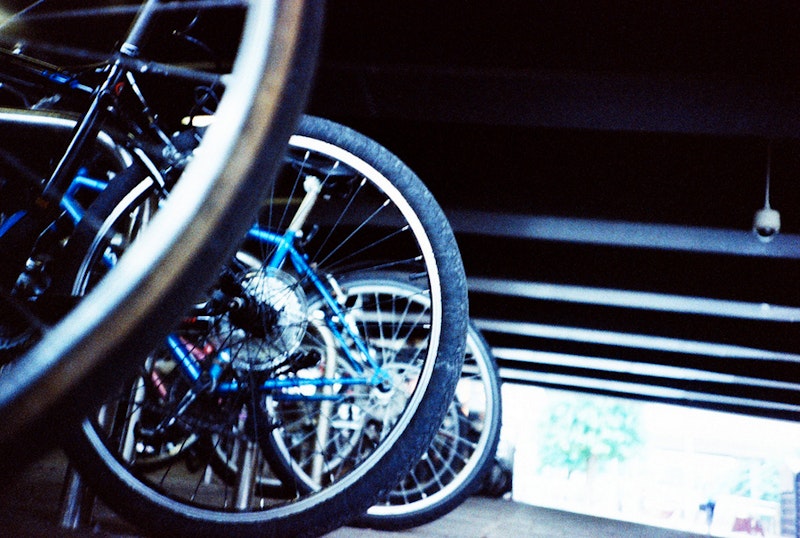 My first college semester ended last week, after much of what was expected from a freshman experience. I did well and learned a lot, but being a bit older than my peers allowed the generational gap to really shine. Activities and conversations among the more recent high school grads felt out of my realm as someone who'd been in the work force for a few years. Nonetheless, it was a great experience, and one I'm grateful for.

On my first day of liberation, I decided it'd be best to get some fresh air after so much time inside the university walls. My boyfriend  wanted to teach me how to mountain bike since we first met, and it seemed as good a day as any to finally do it. We went to The HUB in Catonsville, outside of Baltimore, where I was sized for a Rocky Mountain bike. According to the shop owner, it’s a good bike with high-end parts, which was exciting albeit a little beyond my understanding of bike mechanics. I bought a helmet and rode around the parking lot a few times, feeling confident.

We set out for Patapsco Valley State Park, a few miles from the shop. When we reached the trailhead we stopped. “This may be a little difficult for you, starting out,” he said, “but I think you’ll be fine.” I told him the honesty was appreciated, and despite the worried tone in his voice I felt ready to hit the trail. As soon as my bike went over the first few protruding rocks and roots, I started getting in the flow of riding. I weaved between trees, pedaled up hills, and splashed through streams. Some sections were too advanced, but I knew when I was unable to ride something. Coming from the cacophony of the city, the soft sounds of nature were refreshing. I loved the sounds of our bikes going over the dry earth, and occasionally talking to other riders.

We rode over 14 miles, almost all of them on the trail, making them more rigorous than road biking. During the last miles I “bonked,” a term I’ve recently learned that refers to a sudden loss of glycogen stores in the liver that causes one to feel severely and suddenly fatigued. A magical mix of Pro Bars and water made me feel human again. We timed the ride perfectly and enjoyed the sunset as we pedaled back to the shop.

I spent that night looking online for used mountain bikes, despite my aching butt from hours in the saddle, a small price to pay for the fun I had on my first ride.