I’ve been refined by my experiences in New York City. 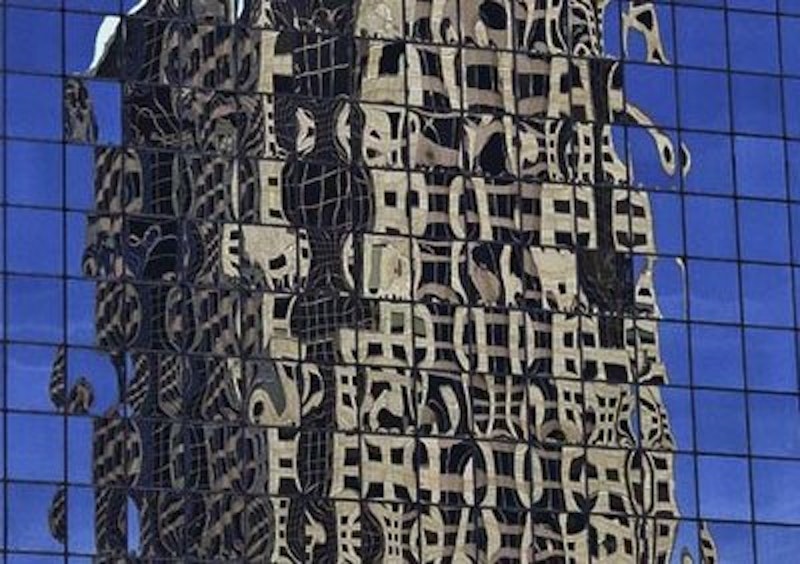 You can take the boy out of Camden, but you can’t take Camden out of the boy. As much as I’ve been refined, it’s by my experiences in New York City. Whatever table manners or other niceties of etiquette I may possess originate in my tenure as a kid actor in New York back in the 1960s. The only sane adults I met during that period were theater people and advertising men. Most of them drank and smoked continuously. A lot of them were gay, hence my love of opera. The aspect of my character that people seem to fear is the part built in Camden, New Jersey. Unlike, say, Lumberton, NC, or Lawrence, KS, the horror in Camden is not concealed by bright green well-manicured lawns and white picket fences. It’s not Baltimore or Oakland, with their redeeming arts, restaurants, and business districts. It isn’t Compton, with its clearly defined borders. It definitely isn’t Brooklyn; but it could, and should be. It’s a lot like Detroit, only worse, on a smaller scale. As it is, the horror is right in your face: more than six times the national average of violent crimes at a whopping 25.66 per 1000 people versus the mediocre national average of 3.8 per 1000. If I’m occasionally impulsive and volatile, that’s Camden. It’s an attitude. Murder is never far from my mind. The New York influence filters it into sarcasm.

I refrained from attending President Obama’s visit to Camden this past Monday. I haven’t set foot in Camden since I buried my adoptive mother back in 2000, and I have no plans to visit anywhere in the foreseeable future. Walking while white is a capital offense in that town. The last time I tried it, I got a big dose of “Whatchoo doin’ in mah neighborhood, white boy?” followed by a beer bottle to the back of my head. In Camden, you learn fast and early that racism is an Equal Opportunity Employer. If you’re driving through Camden and homeboy starts swarming in front of your car, do not stop: run them over. It isn’t racist to want to survive. Remember Reginald Denny.

“Black lives matter” is the slogan du jour these days. It’d be nice if the black community took it to heart. The cops are running a distant second to young black men when it comes to murdering young black men. It isn’t about race: it’s about culture. Racism became obsolete the first time Francis Crick dropped acid. Black culture in America began to decline with the release of the movie Super Fly in 1972. The glorification of the pimp in black culture was a significant bad omen and led directly to the rise of Gangsta Culture. The pimp is a fun-house mirror reflection of the slaveowner, just as the bling-obsessed gangsta is the distorted minstrel version of the white nouveau riche of the 1980s, with their ostentatious Vanity Fair displays of wealth.

The black civil rights movement in this country was sabotaged in every possible way by genocidal white racists embedded at the highest levels of government. Warehousing the poor in housing projects is and always was a truly shitty idea. Who are the role models for the children in these projects? There are no doctors, lawyers, or architects living there. The models of success in the projects are pimps, extortionists, and drug dealers. The FBI’s Cointelpro program and systematic assassination of competent and honest black leadership led to the disintegration of the best efforts at responsible community organizing and very deliberately expedited the ascent of self-interested toecutters and racial arsonists like Al Sharpton, Jesse Jackson, and Louis Farrakhan.

The idea that all white people are racist or that we enjoy some sort of “white privilege” is itself preposterously racist. Those notions could only emanate from sources completely unfamiliar with European history, or the history of the labor movement in America. Go tell the miners of Harlan County, Kentucky, about “white privilege.” As far as “racism” goes, the native peoples of Europe were slaughtering each other for over 1000 years before the American experiment even began. The idea of “white people” as a monolithic force is absurd: we hate each other. The English hate the Irish and the French, the Irish and the French hate everybody, the Germans hate the Poles, the Ukrainians hate the Russians, the Danes and the Swedes hate each other, the Nordics hate the Mediterraneans, and they all hate the Jews. Hatred comes as naturally to the European mindset as farting. It’s got nothing to do with race. It has to do with culture and language. People who can’t distinguish between ethnocentrism and racism should shut the fuck up about both.

The most effective genocides degrade the target culture to the point where the group under attack destroys itself. Look at the Navajo. Suicide rates among young black men have tripled in the last 10 years. The inherent nihilism of gangsta culture is doing a far more effective job of black genocide than any gas chambers or cop violence could ever accomplish. I believe that this is a direct result of social engineering. It behooves us to remember that the primary goal of the CIA “mind-control” experiments of the 1950s-60s was not the creation of mind-controlled Manchurian Candidate assassins: it was control of public opinion and large groups. The King family proved that the government was complicit in the murder of Martin Luther King, Jr., in civil court in 1999. That’s not “conspiracy theory”: it’s conspiracy fact.

Presidential platitudes about “hope” and “change” are as empty as Camden’s tax base and won’t change a thing. One week’s worth of the funding we’re throwing at our endless war efforts in the Middle East could solve all of Camden’s problems almost immediately. As homeboy is wont to say, “Show me the money.”

Obama got out of Camden before dark. He isn’t stupid.