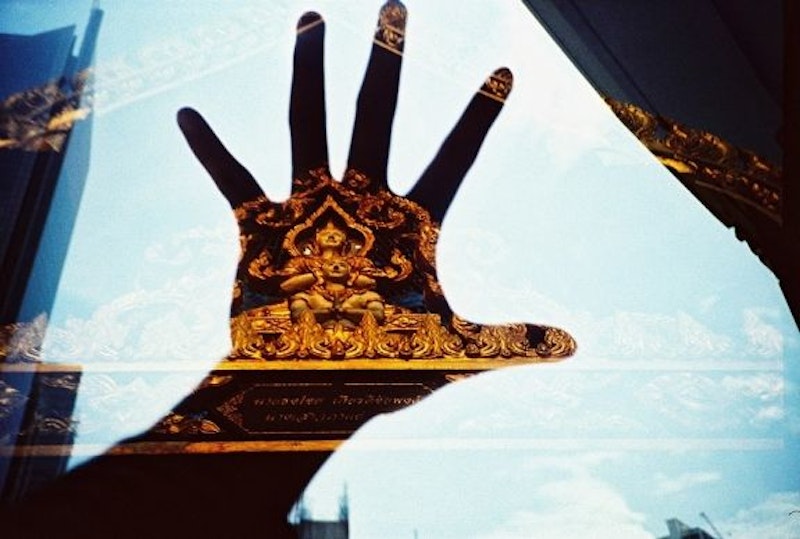 It’s like I decided that, no matter what else was going on, I’d just always be reaching over and scratching my left ear. In the elevator, kissing a girl, eating a meal, whatever, I’d reach over the top of my head and scratch my left ear, and a few minutes later I’d do it again, and a few minutes after that, and I’d never give it up. I’d always find a way to do it—5,000 times a day—and everything else could fit around that need. But instead of scratching my ear, my fidget is this. I ask myself Am I being dumb? Am I one of the smart people? How do I know I’m smart?

I suppose the head-scratching fidget, over enough years, would leave the shoulders and arms permanently cocked, and that this would feel uncomfortable but still normal. In the universe of the fidgeter, the only two arms and two shoulders in existence happened to be arranged like so, left elbow at this angle, right shoulder at that, one arm at this height, the other at that, and the spine would just have to bunch itself up. In my universe, the only mind at hand is always checking to see if I’m smart. If it didn’t fret over my smartness or lack of smartness, the mind wouldn’t be there. Skies aren’t made of gravy, and minds don’t not ask if I’m smart. In my experience, anyway.

But really I know the fidget is second nature, not first. No, I can’t remember what my mind was like before the fidget began. Even so, there was a beginning. We’re talking first grade, second grade, picking up steam in third. As soon as I got the idea that being smart mattered to other people, most notably teachers and my parents. By the time I was in high school, the question had me gripped. My life was over if I wasn’t smart. So I told myself, and this belief was the linchpin of my personality. There it’s been ever since, the central clench that makes me what I am. I’m cramped around this double idea that, one, if I’m smart, I’m all right, and two, that probably I’m not all right and not smart. The double idea resolves itself into my pit-a-pat of never-ending questions. Smart? Dumb? How do I tell?

Being smart was my idea of how I could be around people. Put differently, if I was smart, I would have friends and otherwise I wouldn’t. If it turned out I wasn’t smart, if my brain didn’t have that special status, then my adulthood would be spent like my late childhood and my adolescence: with very few people. I’d sit by myself and wonder about everyone else and kill time. I’d be alone and a failure. But if I were smart—let’s say if I were a novelist—everybody would want me around. That was my only path through life. Either I was walking toward smartness and high-prestige best-sellers, or else a trap door was beneath my feet and it was opening. Don’t ask why, because then I’d list my developmental deficits.

Now the decades have gone by and I’m pretty sure that I’m smart, smarter than most people, and that it hasn’t made much difference. People a lot dumber than I am have friends and love and good sex, and they do work they care about and do it well. I’m smart, but I’ve spent my life asking a stupid question, and that’s because I’m an idiot.