Mom will decide the rules of this game. 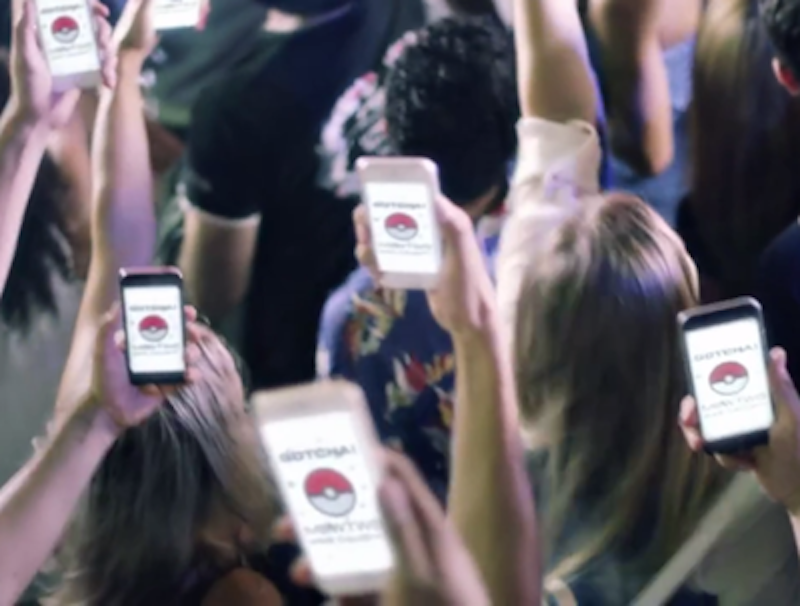 There aren't too many things my four kids (22, 18, 13 and 10) share in common, but Pokemon Go has arrived and changed all that. They text each other to communicate about who got which rare Pokemon, who has more, who can drive who to go find more, etc. It's cute when they get excited over scoring a rare Ponyta together, but the whole Pokemon phenom is not completely adorable.

My son, 10, found himself at a disadvantage as the only kid without a working phone. He had my old iPhone 4, but it wasn't "hooked up," he only had WiFi on it, "not data," and therefore couldn't "catch 'em all" (most dreaded phrase in the nation by now). I let him put the app on my phone, which is now scarce when he's around. Suddenly he wants to go the island to work with me, which he normally never does, to get ahead of his sisters on the Pokemon count, and thus began my first car ride last week as a “Pokemon Go mom.”

"Mom, can you slow down a little, there's a rare one nearby."

"Got it! Ooh, there's a PokeStop up here, so can you go there—I need to get Pokeballs."

The 45-minute drive, one of the most nerve-wracking of my life, had me slowing down, turning the car around, pulling over, backing the car up (once, on a country road, I couldn't believe I did it, swore I wouldn't do it again, but what the hell, I should've been close enough to that Methodist Church for him to get those Pokeballs) and generally cursing out the existence of the new reality overlay game that's taken over the universe and my kids’ brains.

Things haven't gotten better. We went shopping at the outlets one day and all they cared about was the Meowth at the Under Armour store—my daughter's phone died "RIGHT WHEN SHE THREW THE POKEBALL" and we had to wait while her phone charged because we couldn't leave until she got it. Then it had the nerve to "escape" twice so it took forever to catch (I sat in my car, white-knuckling the steering wheel, not amused).

I’ll say this: I like the outdoors nature of the game. The kids in the neighborhood are all outside on bikes again. Granted, they're not actually riding them as much as lurking around nearly crashing them into each other while they search for Pokemon. But there's a social element to this. Cross-generationally, the kids talk to each other. The Millennials talk to my younger kids. In the Under Armour store my younger kids were complaining "it's just one of those rat things" and the twentysomething clerk said, "You mean a Rattata? He's not so bad" and started chatting to them about the intricacies of the game. It's all the kids are talking about; I don't think they talked to each other before at all really, except maybe to bicker about Minecraft, and I was getting sick of that.

Yes, as a mom I've heard about the dangers of the game. We live out in the country, so there isn’t so much worry about kids wandering around near scary places looking for Pokemon (the meme of Buffalo Bill from Silence of the Lambs saying "Sure, come on in, I think there's a Pikachu in the basement" cracked me up). I know there are terrible car accidents happening because people are playing while driving and it's awful. But I think it's more harmless than harmful overall.

My oldest, now 22, used to collect Pokemon cards as a kid. She regrets selling her album card collection at a yard sale (something her brother always gives her crap about). I remember making her a "Jigglypuff" pink coconut cake at her Pokemon-themed party. I still send her "Happy Ash Wednesday" memes featuring Ash Ketchum. She's having a blast in Baltimore catching them at college, ditto her sister who just got back from orientation at Virginia Tech and is packing up to head off to Blacksburg next month. She talked about everyone playing the game on campus. Kids of all ages love it.

As moms? Of course we can simply not let you play until your chores are done, because as always we control your devices, and therefore your lives, but we'd like to set up some simple Pokemon Go rules:

1. Don't bicker with each other over who has more Pokemon, or the most powerful one, or whatever. We don't care, and we don't want to hear about it.

2. Don’t ask us to leave our homes and go on Pokemon hunting trips in the car. The answer is no.

3. No, we are not out of milk, or anything else. We’ll let you know if there are any errands that need to be run.

4. We will not pull the car suddenly over in traffic, back the car up, make U-turns or perform other unsafe traffic maneuvers in order to catch (even rare) Pokemon or stop at Pokestops or gyms. Your safety is more important than your Pokemon collection!

6. No, you can’t use my real money for in-app purchases to catch not-real Pokemon.

7.  Please try to use the common sense we gave you, children, and remember this is a game. Have fun. May the odds be ever in your Poke-favor. Perhaps chill out a bit about the whole thing. And despite that ever-present slogan please remember you really don’t have to catch them all.