Every Kind of Political Freak 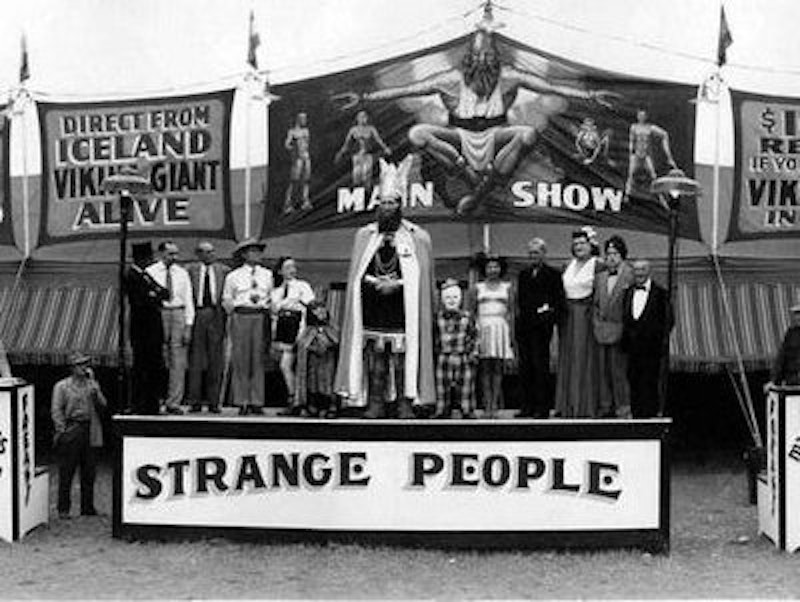 It’s a goddamned shame that Lyndon LaRouche isn’t running for president this year. Based on the accuracy of his predictions over the years and his intensely cult-like following, he’d stand a pretty good chance. This is unquestionably the most thrilling and depressing election cycle of my lifetime, and the backdrop of mass shootings, mob violence, open race war, and an epidemic of psychosis and gender dysphoria lead me to believe that the coming conventions in Cleveland and Philadelphia are going to make the Chicago riots of 1968 look like a Grateful Dead concert by comparison.

Every kind of political freak is coming out of the woodwork, both here and abroad. It’s terrifying and exhilarating as hell. I’ve always harbored a suspicion that saturating my brain with LSD during my adolescence immunized me against the accelerating decrepitude of consensus reality. Now I know it.

Consider the behavior of former President George W. Bush at the memorial service for those Dallas policemen slain by yet another lone gunman. I’ve long maintained that he never quit drinking, and that little dance he did to the strains of “The Battle Hymn Of The Republic” really gives the impression of an unfortunate reaction to combining Zoloft and booze. That, or demonic possession. It looked like something from Twin Peaks: Leland Palmer’s breakdown on the dance floor as it dawns on him that he murdered his daughter. It was fun to watch Michelle Obama squirm as she held his hand. It must’ve felt like holding hands with John Wayne Gacy. If he’d quit painting dogs and start painting clowns, I might be inclined to buy one of his paintings, but only if I knew it was stolen.

Ruth Bader Ginsburg threw another log on the rising fire of anti-Semitism by delivering a feeble, barely coherent jeremiad on the dangers of a Trump presidency. Trump’s refusal to accept the $100,000,000 campaign contribution offered by Jewish casino oligarch and marijuana prohibitionist Sheldon Adelson and his refusal to visit Israel and bend his knee before the altar of Holocaustianity at Yad Vashem is indicative of Nazi tendencies, apparently. Jewish power and privilege is waning worldwide, and Israel is tearing itself apart as it tilts beyond Nazism to some new and yet uncharted realm of human evil and depravity. Ginsburg squatting so far beneath the dignity of her office to shit on the polyester shag carpet of partisan politics is indicative of the kind of panic felt by cockroaches in the kitchen when you flick the light on late at night.

I was looking forward to voting for a Jew for President. The irony would be cosmic. Bernie Sanders would’ve forced Trump to up his game. The debates would’ve been amazing. Apparently the Clinton Machine made him an offer he couldn’t refuse. Now the debates are going to be all about empty rhetoric and lies from Hillary and Trump’s reality TV skills put to maximum use to make her head explode on live television. I’m guessing she’ll have another stroke in the course of the first debate. I’d prefer to see her torn apart by a mob like Gaddafi or Ambassador Stephens, but I’ll settle for her on the hoses like her good friend Ariel Sharon.

Millions of smartphone zombies have become instantly addicted to a game called Pokemon Go, wandering mindlessly hither and yon attempting to capture cute imaginary monsters. It’s like the MacGuffin for a truly scary science fiction thriller on Netflix. Some wag put a Pokemon that emits poison gas in the memorial at Auschwitz and another one in the Holocaust Memorial in DC. Muggers have figured out how to lure players into desolate places where they may be easily assaulted and robbed. It’d be fun to put a bunch of them into a Black Lives Matter rally and watch what happens when the safe space of the Social Justice Warriors is invaded by retarded cyborgs who don’t give a shit about anything.

Now is the winter of our discontent turned scorching hot riot summer by this son of Queens. Avoid crowds and stay safe.