There was a bounty on their heads, but so what? 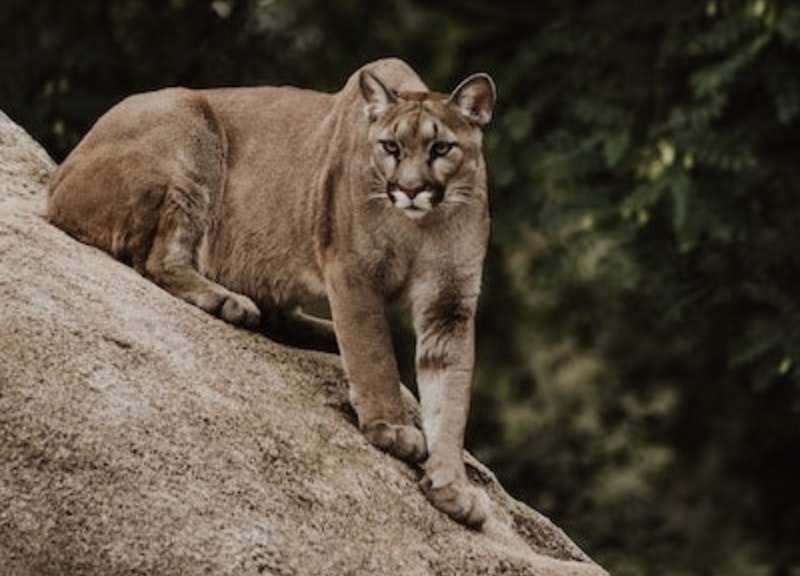 Seven Conestoga wagons set forth from New Hampshire, led by Franklin Prentice, seven families of English stock, descended from early colonialists. The horse-drawn wagons poked along, bounced side-to-side, buffeted by a trail rutted by rain and by previous wagon trains, a deer path glorified. Prentice and his followers were the latest to venture west. From summits, mountain men could peer down and scoff at the soft folk meandering through turf that rugged men had blazed. The mountain men were also of English stock, but they weren't clan people, they were loners. And they'd adopted many of the native ways. They dressed in leather, not cloth. And if they deigned to take a bride, she was often a squaw.

On this August afternoon, the weather was fair, pure azure stretching the horizon. Franklin occasionally dozed as the horses clip-clopped onward, their heads bent to their task. Then everything changed in a blink, and bedlam broke loose.

Of the hundreds of tribes native to North America before the arrival of Europeans, none were more insanely savage than the Oshkennowah. They were responsible for the genocides of several other tribes. But more than that, they took great glee in the torture of their victims, tortures too vile to delve into here, tortures that didn't last merely for hours, but for days, teams taking turns to keep the torment alive from day to night to day to night...

Until this moment, the Prentice convoy's journey had been uneventful. They knew of possible dangers they might encounter: storms, fanged predators, and of course, hostile Indian tribes. But knowing of a danger and having it swoop down, engulfing you in a flash, are two very different things.

An arrow hit Rev. Thomas Watt in the neck. He never knew it, he simply tumbled to the side, off the wagon seat, hitting the ground with a thud, the horses still pulling ahead. For a moment, most didn't notice anything. But Eve, the wife of Thomas, cried out, the back of her hand to her mouth. Then the rain of arrows, a downpour, a deluge, and Oshkennowahs, riding bareback, whooping. Pandemonium. A young girl took an arrow in the chest and keeled over, dead. Her brother sitting next to her didn't have a chance to scream before an arrow snatched his life.

The pioneers had rehearsed, knew what to do in such an event. They formed a circle without missing a beat. Women and children huddled in the wagons, men grabbed rifles and gave as good as they got and then some. Screaming savages fell off steeds, trampled under hoof.

In Georgia, Eustace Higgins and several of his fellow soldiers had grown bored with abusing Johnny and Janey Reb. It'd been fun at first, lording it over a vanquished foe. But it'd become as stale as army issue chow, as irksome as taking orders from some West Point Uranian. Eustace scratched under his raised stubbled chin, and made a big decision. It was a simple choice. Continue to suffer the insufferable or cut loose, consequences be damned. In the wee hours, eight men in blue uniforms helped themselves to government horses and pistols and carbines and ammo, hightailed to points unknown, rode like phantoms into the night, heading north. Dawn broke on their first morning as free men (or deserters, depending on your viewpoint) and they kept riding until a harvest moon hovered overhead. That first day, every so often, one would yip like a coyote, then the rest joined in. But mostly it was only the rhythm of hooves against terrain.

Along the way, they picked up a stray fellow bastard, lost two to Injun fightin', and one to a mountain lion's belly. Also along the way, they helped themselves to the wealth and women of happenstance strangers, leaving a wide wake of woe in their way. They were having a grand old time. There was a bounty on their heads, but so what? Around a campfire, Eustace explained to his merry men, "I've got a philosophy toward life, and it is this: grab all you can get. And if someone tries to stop you? Kill 'em!" His men grunted and nodded, admiring what they felt was a keen intellect.

The Prentice wagon train was firing away at Indians who only grew bolder each time one of their tribe fell, were only getting closer, more brazen, louder. Now one could witness the craze in their red eyes.

Nearby, Higgins' Devils heard the racket, figured with that much noise, there was something good to plunder, and they took off, whipping horse rumps, galloping to the fracas. Pistols blazing they picked off the savages in a burst, riderless horses racing off to a fresh life in the wild.

Higgins' Devils killed every single one of the Oshkennowah warriors. The ones who survived the gunfire, only wounded, had their throats slit. They weren't worth wasting another bullet on, army knife come in right handy. An hour earlier, Eustace and his men had stumbled upon the Oshkennowah camp, delighted in finding it only occupied by one sleepy sentry, old men, women, children, infants. The gang slaughtered each and every one of them, ransacked the teepees for whatever wampum they could scavenge. It wasn't much. A little silver, hardly worth the effort. Regardless, after this day there would be no trace of the Oshkennowah. Their history would be lost, gone with the wind. Centuries of a tribe erased in an afternoon.

Higgins' Devils hadn't saved the pioneers out of kindness. They had only two things in mind: greenbacks and women, young blondes at a premium.

Franklin Prentice and his men couldn't believe their eyes, couldn't believe their seeming good fortune. Smiling in gratitude, laughing in joy, they set their rifles down and stumbled out to greet their supposed saviors. Franklin extended his right hand as he approached them, eager to offer thanks. But he paused when he saw the poison in the eyes of Eustace Higgins. It wasn't a long pause, just a short one. The knees of Eustace Higgins buckled and he fell to the ground, his head ripped open by a bullet, the crack of the gunshot appearing a heartbeat later. Then another Devil met the same fate a second later. Then another.

A week earlier, two mountain men, Leslie Daniels and Jonathan Beane, crossed paths in the forest. They hit it off, even if Beane was the junior by a generation. Leslie had dark hair and a fierce mustache, Bean was the shorter of the two, husky. Both men of good cheer, they decided to team up for trapping, for a spell. Each had something to offer in this partnership, experience or equipment.

They didn't have much patience with the seemingly constant flow of wagon trains plowing through the once virgin territory, didn't care one bit for these fancy folk with their store-bought clothing. Denim pants! Sissy britches! And what kind of man is tethered to a woman and chirren! Why don't they live free and soar like our friend the hawk?

And like their avian amigo, Daniels and Beane were sharp. They heard the Oshkennowah's attack, and made swift tracks to see what was what. They arrived in time to ascertain, from a peak, the aftermath. And they'd heard tales of Higgins' Devils, of their deadly reputation, knew what would happen if they didn't intervene. So, Leslie and Jonathan fired away until there wasn't a Devil standing. Each mountain man chuckled as he took down one of the mangy varmints, cussed if his shot merely wounded, only blew a shoulder joint to bits, before he delivered a fatal shot.

The Prentice founders never met their heroes. Daniels and Beane sensed these folk weren't passing through. They were going to stop, spend the night, survey the domain, decide this was a good place to set roots: the foothills were flat, the soil was rich.

Franklin Prentice's followers did stay. They chopped down trees, built cabins and stone walls, and planted crops. That winter a terrible cough settled on the settlers, thinning them by half. The cough was especially merciless to the elderly and the very young. Only the strongest, the fittest, survived to see the spring. In compensation, April brought the birth of the first baby born to what would someday be called Prentice. That infant, Didymus Prentice, son of Franklin and Martha, greeted his first glimpse of the world with a bawl to set the world afire. But by then, Daniels and Beane were long gone, one setting foot to the west, the other to the north, each to seek providence where nose led, to where a man could think his thoughts in peace, to a place free of the curse of civilization.