More On My Daughter’s Impending Rape 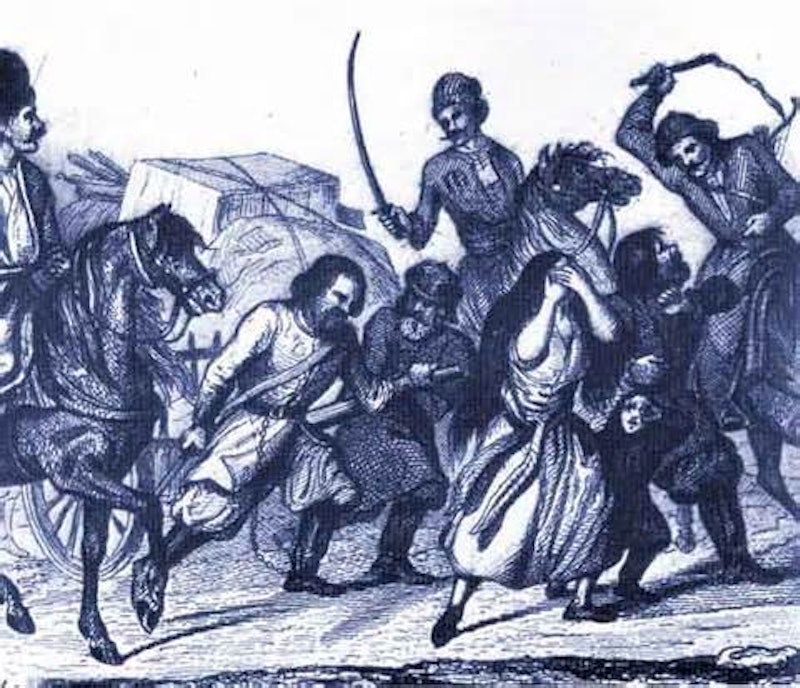 Last week I wrote here about the certainty that the womenfolk of my family will repeatedly be gang-raped in the total, once-in-a-millennium, Hollywood-style-lurid apocalyptic societal breakdown that the coronavirus is setting off (and for which we far-right religious traditionalists/moralists have been pining for years now).

There’s no way around this, I made clear. It’s coming. Daughter, for one, will simply have to “cope with”—to use that “Me Generation” formulation—the storm of sexual violence that will, any minute now, inevitably engulf her. Bands of armed ravishers, roaming a depopulated Hoosier State where the Wuhan virus has done its culling work, will return to her habitation again and again and again and again and again, infernally industrious in their terrible work.

Nor will Daughter’s life get any better after the storm of sexual violence passes. She will find no succor, nor ever return to the “normality” that defined her first 17 years. She will inhabit a vast, blasted territory—a continental expanse, sea to shining sea, that’s home to no more than 12 or 13 million survivors, huddling together in rudimentary Bronze Age-style social formations, metaphorically and literally leaning on each other as they try, and fail, to take their first limping steps out of the state of nature. A spectacular dirt-level poverty will tax her spirit. Chronic disease and persistent famine will waste her body, stinking and rank with sores. Her children—O children of ravishment most forlorn!—will drop stillborn, one after the other, from her brutalized womb.

I am tempted to say that she will never earn another dollar, but of course the word “dollar” will have no meaning in a coming world in which barter is the sole method of exchange. And barter, needless to say, will be less common than violent appropriation at the point of a gun, or, after all the ammunition runs out, at the tip of a rudimentarily sharpened chunk of anthracite or hardwood.

Yes, “sick, poor, and dead” we will all soon be. But Daughter, I’m sure, will be sicker, poorer, and deader than most.

“Raped by Cossacks” is a phrase that has circulated in American pop culture, and it’s been on my mind. My meditations upon it have gone like this: What if, in the rape-storm that’s inevitably coming, it was strapping, stalwart Russian Cossacks of the old school who were doing the raping?

No, I don’t think the mere fact of their being Cossacks—with wonderful flowing mustaches, elegant topknots, and boots as exquisitely polished as their trousers are gracefully flowing and their silk sashes are supple and deftly tied—would compensate completely for their nasty work. But it would make some difference, especially to us Russophile religious traditionalists.

Splendid Cossacks, their hearts bursting with a wonderful reverence for Tsar and Orthodoxy, their stirrups flashing as they gallop through the virus-and-mass-murder-emptied exurbs of Fort Wayne—the idea is as thrilling to me as it is, admittedly, a bit absurd.

Would the glamour of these horsemen mitigate, for their victims, the hideousness of their violence? Is my question an inhuman one? Am I wrong even to ask?

The Russian Orthodox Easter cometh! My little rural Indiana parish will celebrate as usual, gathering in our little chapel. The arrogant proscriptions of Indiana Gov. Eric Holcomb mean nothing to us in light of the miracle of Christ’s Resurrection.

No social distancing for us!

So let us banish melancholy, for the Russian Orthodox EASTER—THE GLORIOUS PASCHA—has come, and CHRIST HAS RISEN!

“Let God arise and let his enemies be scattered! Let those who hate him flee from before his face! As smoke vanishes, so let them vanish; as wax melts before the fire, so the sinners will perish before the face of God!”

CHRIST IS RISEN FROM THE DEAD,

TRAMPLING DOWN DEATH BY DEATH,