We must inflict greater suffering to harden ourselves against suffering. 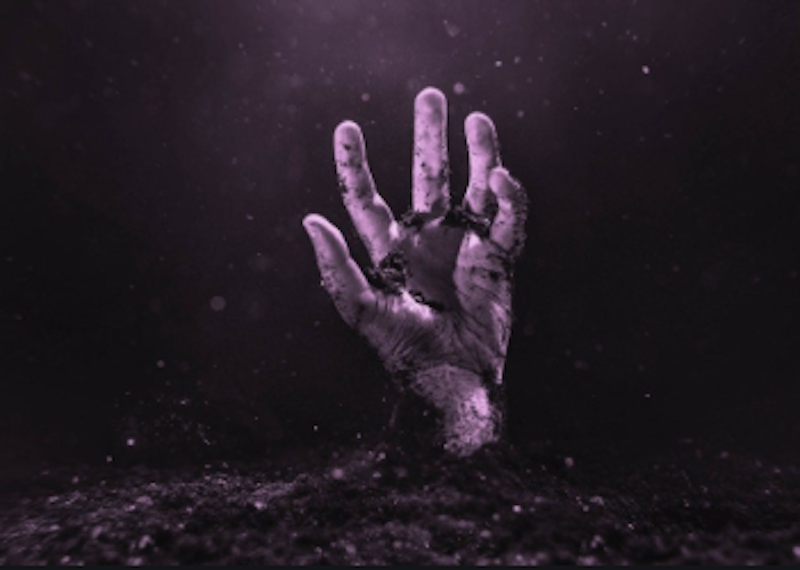 In the beginning of “Steady Hands at Seattle General,” Denis Johnson’s speaker writes about shaving a man who’s been shot in the face: “Just below one cheekbone, Bill had a small blemish where a bullet had entered his face, and in the other cheek a slightly larger scar where the slug had gone on its way.” The speaker asks Bill, “When you were shot right through your face like that, did the bullet go on to do anything interesting?”

Like most of Johnson’s story openings, this is disturbing and funny, a hook that keeps you on the page. It shows his skill as a writer of literary fiction. In one question, we get a well-rounded sense of a precarious and fundamentally weird state of mind without Johnson having to explain that the point-of-view character has a touch of crazy.

The speaker is so self-involved, so caught up with the visions in his head, that his concerns are radically different than those of most people. This is good fiction. And when it comes to writing harsh-yet-comic minimalism, Johnson is one of the best. But this level of narcissistic self-absorption is less welcome in a New York Times opinion columnist.

When I read David Brooks’ recent “The Age of Coddling is Over,” I thought of the speaker in “Steady Hands,” who has become so weird, so ingrown and myopic, that he’s concerned with the life of the bullet as opposed to that of the man who just got shot in the face with it.

Brooks writes, “While most academic departments have become more forgiving, science departments remain rigorous (to a fault). As much as 60 percent of pre-meds never make it through their major.” And this is good, he says, because “Training a young person is training her or him to master hardship, to endure suffering and, by building something new from the wreckage, redeem it.” Hardship, suffering, and wreckage are the themes. Quasi-spiritual post-apocalyptic redemption is the highest good.

In this sadomasochistic value system, one is defined not by intrinsic aspirations, inborn capabilities, or potential contributions but by an unforgiving, cruel pain-standard and the extent to which one is willing to endure being abused by it. It’s a perspective straight out of Denis Johnson’s stories, which are based in a world of junkies, hookers, and outcasts who’ve suffered so long that it’s become the way they relate to everything.

Unfortunately in Brooks’ case, such weird self-disclosure seems like yet another tone-deaf confession. It’s in line with a trend in his op-ed writing—observations that implicitly characterize him, how he’s feeling, how he’s failing to cope, and how he’s chosen to scourge himself in the town square, pretending he’s doing it for us.

He writes, “I’m hoping this moment launches a change in the way we raise and train all our young, at all ages. I’m hoping it exorcises the tide of ‘safetyism,’ which has gone overboard.” According to Brooks, we need to prepare ourselves for hardship “woven into the warp and woof of existence.” Or maybe he’s just saying this to himself as he flogs away.

Although apocalypse fetishism is a running theme in U.S. culture, it usually lurks in bad disaster movies, doomsday cults, miserable forms of evangelical wish fulfilment, and the titillating fear-porn masquerading as journalism. But now it has an avatar, whose cereal-box doomsaying always seems worst in times of greatest national stress.

We must inflict greater suffering to harden ourselves against suffering. We must fail and somehow decertify the weak, wounded, underperforming 60 percent of our children the way U.S. medical education artificially maintains its professional elite. Otherwise it’s safteyism, Xanax, and a suicidal generation “unprepared to deal with the fear that inevitably comes.”

God forbid we become so terrified and soft through grade inflation and bad parenting that we decide to take our own lives in the cruel and unavoidable dystopia of the future. Thank goodness we now have a clear direction. It will be hard. It will make us hard. Or maybe the thought of it just makes David Brooks hard.

Still, he might be on to something. What about reforming the humanities so English majors can get hard, too? He notes, “Med school is intrinsically hard and is sometimes harder than it needs to be. But it trains people to work at a very high level amid incredible stress.” If we take his advice, it will doubtless benefit that elite 40 percent of students remaining in the high-pressure world of literary analysis and linguistics.

Could the humanities save us if we arbitrarily failed 60 percent of the Masters and PhD students already up to their eyeballs in debt and joblessness because they had the audacity to care about something other than science or money? They already know about hardship. Maybe the ER doctors can explain King Lear to the kids.

Or is Brooks superficially valorizing doctors the way we did with firemen after 9/11? If so, it probably won’t be long before the hysterical eye of the media fixes on something else and we can go back to telling teachers they’re the real everyday heroes, while eliminating their jobs and paying them next to nothing.

In a post-apocalyptic U.S. made strong from arbitrarily limiting opportunities for the young and preparing them for a life of suffering, COVID-19 will probably still be around. But how tough do you need to get? There has to be more to life than horror and suffering, even if we’re suddenly living in Brooks’ bad remake of The Hunger Games.

With my PhD in English, I’m probably not thinking clearly when I say I still support the flaccid, over-medicated, underperforming 60 percent who might prefer alternatives to STEM-flavored dominance and submission. As Bill says in “Steady Hands” when the speaker asks him what the bullet did after it went through his face: “How would I know? I didn’t take notes. Even if it goes on through, you still feel like you just got shot in the head.”