Some job applicants were memorable. 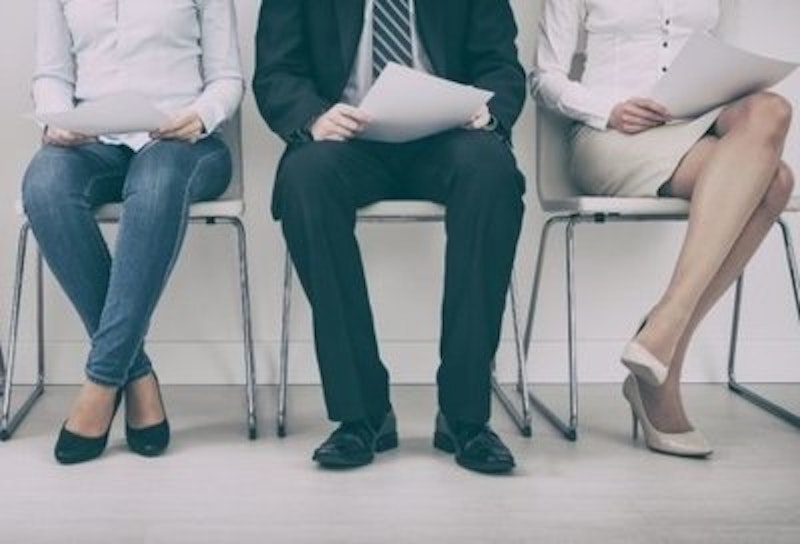 The other day, I began completing an online employment application for a legal job to help children at risk of abuse. The prospective employer had already received my traditional resume and cover letter. By email, its personnel director advised me that I must complete the employer’s online application and sent me a link to the form.

Providing current contact information for a vanished employer is challenging. My former superiors have largely died, retired, or disappeared. Several government agencies and two law firms for which I’d worked during the last 40 years have ceased to exist.

The form insisted that Manhattan College and Fordham University School of Law, the schools I’d attended, were non-existent. This would be news to thousands of alumni and alumnae. I emailed the personnel director, who patiently explained how to deal with that.

Then I reached “Achievements.”  I stared at this. “Completing this form,” I thought.

Yet once, my job had been completing job application forms.

In 1977, I graduated from college into unemployment. I scrounged a dishwasher’s job in the school kitchen. I favorably impressed my supervisor. He knew a senior bureaucrat in the City Comptroller’s office and arranged an interview. The fellow was enthralled by my degree from the School of Business and so I was hired as an Administrative Assistant for $11,800 a year. It paid a little more than dishwashing.

I waited three months for my first paycheck because none of the City’s many computer systems talked to each other. Each agency had developed its own system regardless of those adopted by other agencies.

When I first went to work for the City, the third floor of One Centre St., the Manhattan Municipal Building, was filled with the Department of Finance’s massive computers. They looked like something from 1950s science fiction movies, with their data stored on punch cards and revolving tapes. Two years later, several dumpsters were placed near the building. Large chutes rose from them to windows on the third floor. Then the old computers were pushed out the windows, smashing as they landed. My wife’s laptop has greater data capacity than the entire set of computers once on the third floor.

Two feet of snow had fallen by morning on the day I was due to get that first paycheck. Happily, the #1 train was running. I arrived at Chambers St. The sidewalks hadn’t been cleared. I walked in the center of the road toward the Municipal Building. No automobiles were on motion. I remember the only thing moving on Broadway at 8:30 was a speck in the distance that grew into a man on skis, swiftly traveling south.

During the first few months of my employment, I was moved from bureau to bureau, even reorganizing the supply room over the objections of its irascible and incompetent clerk. Then I was transferred to Personnel.

The bureau chief thought I might help him solve a problem. The Comptroller was hiring a lot of provisional employees, persons who hadn’t taken civil service examinations. They were statisticians, economists, and analysts, with sophisticated educational and professional backgrounds considerably different from most City employees.

The new hires’ paperwork was being rejected by the City Personnel Director because they hadn’t properly completed the City’s application forms. In particular, the applicants weren’t describing their work experience to fit within the City Personnel Director’s jargon-ridden job descriptions. There was an infinity of job titles within the City bureaucracy, each with its own description, all arranged in series. For example, one might pass an entry-level examination and months later be hired as an Assistant Clerk with the prospect of eventual promotion by examination to Clerk; Senior Clerk; Supervising Clerk; and Administrative Clerk. However, few available titles other than Investigator or Staff Analyst had a salary range sufficient to pay the kind of professionals the Comptroller was hiring.

Rejected paperwork meant the applicant couldn’t get paid. I remember an assistant comptroller who resigned after four months’ unpaid work. His letter of resignation claimed he would receive the first paycheck from his new Wall Street job before receiving his first paycheck from the City of New York.

The City Personnel Director’s rejection of their paperwork didn’t mean the applicants were unqualified. It meant they weren’t professional completers of City personnel forms.

Someone had to step up to the plate. The man and the hour were met. The bureau chief made me the man.

So over the next two years, I met dozens of applicants and solved their paperwork problems. Some applicants were memorable.

Patricia showed up for her interview elegantly dressed with a star of glitter on her left cheek. We went through the paperwork. I didn’t mention the star during our conversation. Finally, perhaps overcome by curiosity, she asked me whether I’d noticed it.

I admitted that I had. I didn’t mention the purple streak in her hair. Patricia told me that she’d been temping at a Soho gallery. A new show was opening. Her employer directed her to wear the glitter star, insisting that it could be removed with cold cream. The employer had been mistaken. The Comptroller hired Pat, glitter, purple hair, and all.

I looked it over. She’d been born in Vichy France. Not a great place to be Jewish in 1942.

And there was Mary, with her gentle Southern accent. Mary had a master’s degree and had worked on staff in a state legislature. Her papers had been kicked back, too. She’d sinned by listing Florida State University as “F.S.U.”

I interviewed her and re-wrote her job application so she could get paid someday.

Then I asked her to lunch. The most beautiful women in the world sometimes say yes. Mary was delightful: strong-minded, independent, and good-humored. One date led to another, and another, and another. I came to love her with all my heart. That story is for another day.

In Citizen Kane, Bernstein has a monologue that somehow evokes her memory: One day, back in 1896, I was crossing over to Jersey on the ferry, and as we pulled out, there was another ferry pulling in, and on it there was a girl waiting to get off. A white dress she had on. She was carrying a white parasol. I only saw her for one second… but I'll bet a month hasn't gone by since that I haven't thought of that girl.