Molding the Minds of Children

For today's partisans on both sides, there's no distinction between education and indoctrination. 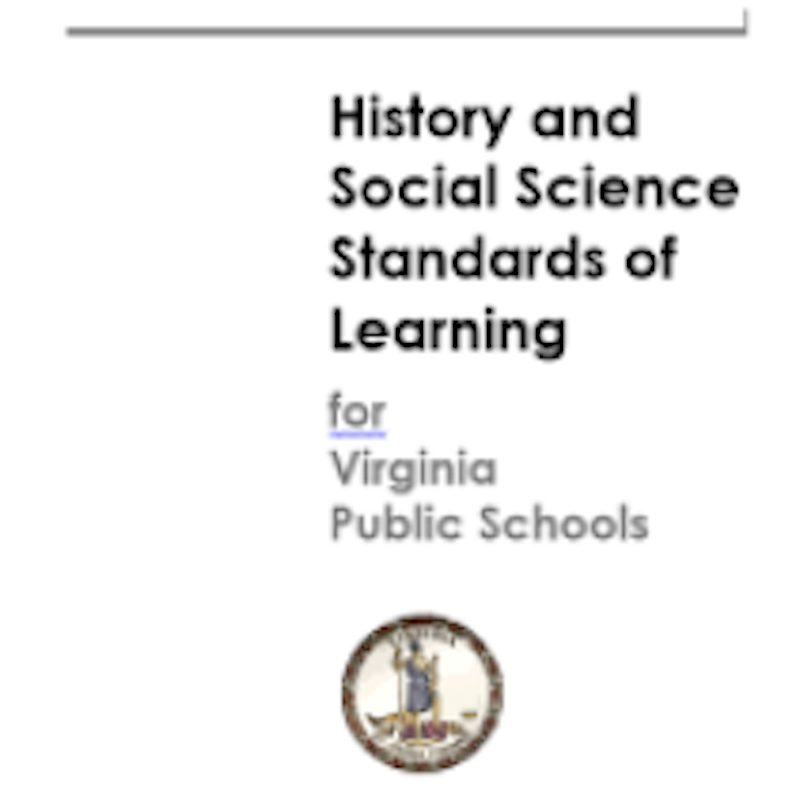 Last Friday, the Virginia Department of Education proposed revised standards for teaching history and social science. No future little Virginian will avoid Ronald Reagan's "shining city on a hill" speech, for example. Students will "study inspirational moments including the achievements of Greek and Roman governments and advancements in engineering, architecture and art, the European Enlightenment, the American Revolution, the triumph of America's Greatest Generation in World War II, the Marshall Plan, the civil rights movement, the fall of the Berlin Wall, Project Apollo and the heroic sacrifice of Flight 93 passengers."

Virginia’s directly reinstating an old-time narrative of world history as the inevitable march of human progress, all of it carried out in and by "the West," with the USA at the forefront. We Americans are still apparently pushing forward the values of the Roman Empire, and I note that among the achievements of Roman government was the execution of Jesus. Virginia’s mandating that certain specific events won’t be omitted from the narrative, like Flight 93. Politicians, in VA as elsewhere, want to be right there in the classroom, editing textbooks and operating teachers like marionettes.

Governor Glenn Youngkin ran on the issue in 2021, as school board meetings across the state descended into acrimony about the alleged infiltration of "Critical Race Theory" and "trans ideology" into public school curricula. As Youngkin said over and over on the trail, “What we’ve seen is parents coming together and asking, ‘Tell us what material is being used in the classroom or in the library—just tell us—so that we can choose whether we want it in our kids’ life or not.’”

The purposes of education in a democracy seem relatively straightforward. You need an informed citizenry to select leaders and deliberate rationally on the issues of the day. It's not only a matter of having at one's command historical or scientific facts, but inculcating skills that will permit citizens to inform themselves about whatever they need for purposes of  public deliberation: skills like literacy, numeracy, and critical reasoning. Everyone from John Stuart Mill to Thomas Jefferson to Horace Mann has thought about it that way, or at least has said things like that.

That's the argument for universal public education in a democracy, but the conniptions of Virginia and many other states in the last few years suggest that there are also devastating objections to it, centered around the same question: what’s necessary to maintain a democracy. Everyone wants to insert pre-fabricated narratives and conclusions into pliable young heads, to corner all children into an acceptable ideology.

It's obvious how both sides are thinking about education now: as an opportunity to indoctrinate all babies, and above all to prevent one's opponents from existing before they can be born into the next generation. The battle now is only about mind-control. It's an argument between different kinds of child-hating authoritarians.

I regard the Youngkin style shining-city-on-a-hill narrative as a bunch of hooey. But I regard the leftist narrative that focuses almost exclusively on oppression and trauma based on racial and gender identities as highly distorted as well. Above all, it's fashionable, and will be replaced even on the left with a new orthodoxy any minute.

“The standards are full of overt political bias, outdated language to describe enslaved people and American Indians, highly subjective framing of American moralism and conservative ideals, coded racist overtures throughout," said James Fedderman, head of the Virginia teachers' union. He's right about that, though I'm always bewildered by “outdated” as an insult. Fedderman evidently objects to the use of words like “slavery” and “slave,” as opposed to “enslaved persons.” For him, there's little distinction between fashionable language and factual accuracy. That's not the sort of person you want figuring out history curricula.

State Sen. Jennifer Boysko of Fairfax put the progressive position like this: “What I want to see is that all students understand that they can contribute to making the world a better place as opposed to just memorizing facts and dates about people who have contributed to history.” I interpret that to mean that she wants Virginia's public schools to produce progressive activists.

Both sides are taking on a characteristically American, pragmatist theory of truth: what's true is what makes for a better future. So, narrate this sucker in whatever way works for you, or in whatever way might help your party, and hence (according to you) all of us, politically. Meanwhile, the Biden administration is relentlessly pushing the idea that universal public education should extend from pre-school through two-year college. No expense, that is, is too expensive when the outcome is molding everybody's brains.

What’s hopeful is that the human brain isn't nearly as pliable as politicians and educators appear to think it is. That you want to manufacture everyone as your sort of people is touchingly naive, if straightforwardly evil. The good part is that you're definitely going to fail.