A more rustic Long Island from decades upon decades ago. Clues after the jump. 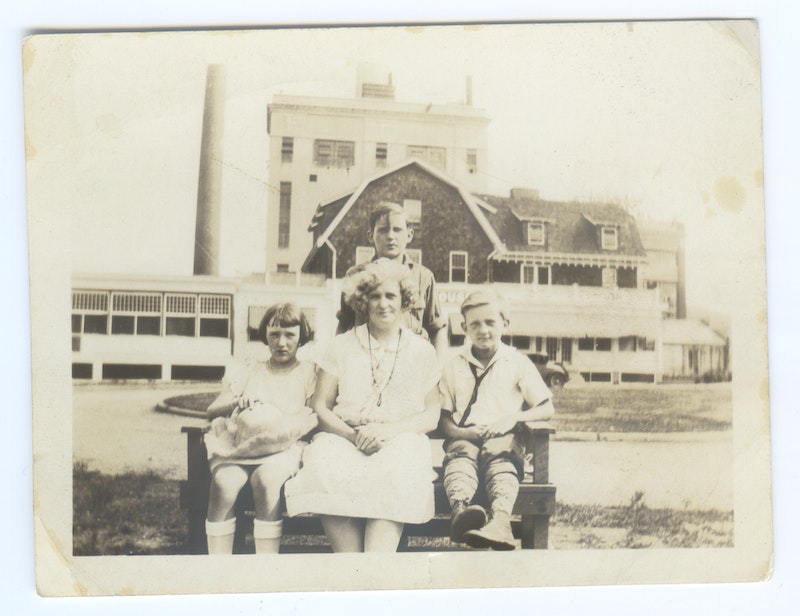 The picture above, emphatically from a different era in America, was taken by my grandfather in Northport, Long Island, where he and his family—my Uncle Joe’s at the top, with my mom, grandmother and Uncle Pete at the bottom—visited every summer. The Duncan (that name was screwed up at Ellis Island when my grandparents arrived from Ireland) family, from what I was told many years ago, lived relatively comfortably. I wonder how long it took to drive from their home in the Bronx—the Irish ghetto (my grandfather, born in 1868, was, predictably, a beat cop who worked his way up the ladder)—to the middle of Long Island in their jalopy. I’d guess at least three or four hours. Perhaps it was a Sunday, judging by my mother’s hat in her lap and Uncle Pete’s tie, but that’s unimportant, and besides, Joe looks like he’s ready for a rumble. And though I won’t tip off the year—the teasers follow—it was Prohibition, and I have a hunch, but no verification, that Grandfather Peter liked a nip from time to time. Lost to time, since I never knew the man—he died in 1948, my grandmother not long after my birth in 1955—and unfortunately, I never had the opportunity to quiz my mom, since this photo was buried in a box that I discovered after she passed away in 1983. Bathtub gin?