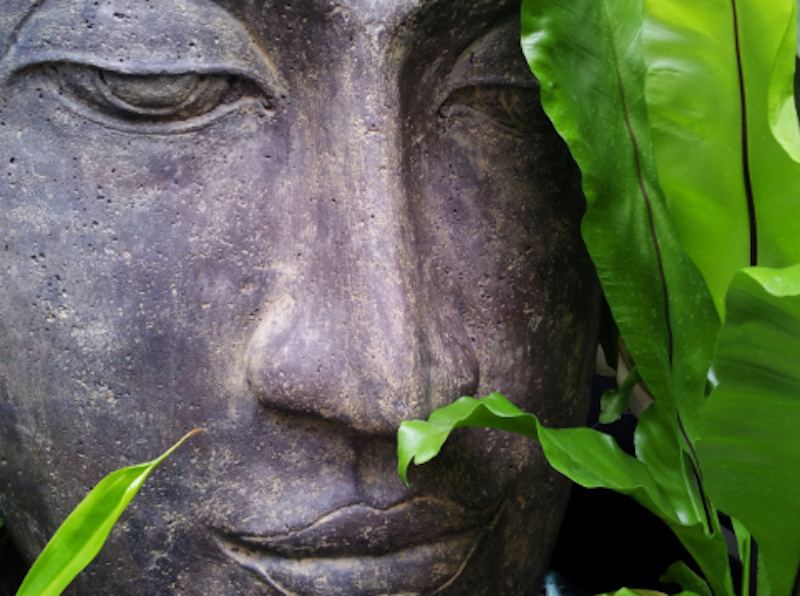 When it came time to meet Isabella, I was so into a Zen calm that it wasn’t possible to overthink what to wear. To fake it would be resisting the new spiritual stream that was carrying me along.

I put on Brooks Brothers cotton shorts with a blue grid pattern, a gray t-shirt with Rita Hayworth on it, a denim jean jacket and J. Crew black blucher shoes.

Isabella and I hadn’t seen each other in decades, since high school. But I knew she’d like the shoes. They were me, kind of preppy and stylish but not obnoxiously so. She’d get that. We’d reconnected after I’d been the focus of intense national attention in 2018 when I got tangled up in a sinister and ridiculous political hit. That people cared enough about politics to engage in extortion, lies and death threats made me sad; what hollow lives they led, making Washington the lodestar of their entire existence.

In the aftermath of that war I got a job washing dishes. From there I went to a garden center, working in the mulch pit. I toss big sacks of fertilizer into idling cars.

The work comes in waves. I’ll be out there for an hour and nothing happens, with me leaning against a five-foot tower of Scotts Red Mulch, thinking about God or sex or a good song, just watching the birds go by. Then suddenly it’s five cars deep: Do-it-yourselfers getting 10 bags of Miracle Grow, a bored housewife with two of the Leafgro compost, guys with erosion problems need four rolls of topsoil and two units of peat moss, landscapers loading up with 50 bags of the black mulch and a couple bales of hay.

After years in journalism and caring about politics, the new job made it easy to adapt to a Zen way of living. As Buddhist master Norman Fisher explains it, “Zen Buddhism is a stripped-down, determined, uncompromising, cut-to-the-chase, meditation-based Buddhism that takes no interest in doctrinal refinements. Not relying on scripture, doctrine or ritual, Zen is verified by personal experience and is passed on from master to disciple, hand to hand, ineffably, through hard, intimate training.”

Essential to that is physical work—mundane, repetitive, physical work, not work sitting behind a computer or doing Zoom meetings. As Fischer notes, “In Zen practice, our work itself is an essential avenue for waking up.” He explains that for centuries Indian Buddhist monks were prohibited from working; this changed when Buddhism arrived in China, where people didn't understand a group of aesthetics meditating and living off the generosity of others. One old Zen master, Abbot Baizhang, refused to eat when his students tried to save him from work saying“a day without work is a day without food!”

I spend all day loading bags of peat moss, mulch, topsoil, sod, and the occasional hay bale into cars. It builds your muscles and focuses your mind so sharply on the immediate task in front of you that the mind becomes free. You forget about current events, bills and personal dramas. You come home worn out but satisfied in your labor, attaining a kind of Buddhist living-in-the-present vibe, if not flat-out enlightenment.

During the 2018 battle my past, particularly my Reagan-era high school days, got dragged onto the national stage. While sides were drawn between left and right, some of us reconnected because we care for each other outside of politics. One of the people I rediscovered is Isabella. We only dated briefly as teenagers, but our personalities clicked on several different levels. The daughter of a Puerto Rican mother and Scottish-Irish father, Isabella was artistic, very intelligent, passionate and spiritual, and witty. Back then she looked like Ana Gonzalez-Barrara of the Pew Research Center. She had moved to Mexico after college and lived there for 23 years, and we’d lost touch decades ago. Now her father, who lives in D.C., is ailing, and she was back in the area. She contacted me and we decided to meet at the Tastee Diner, a spot that had been a late-night gathering place when we were younger.

When word got out that we were meeting, some of her friends asked Isabella why in the world she was seeing me, and several of my friends asked me the same thing about her. It was a note-for-note repeat of what we heard when we dated in high school. She was artistic, sarcastic, and whip-smart, the kind of thing that intimidated young boys. I was, everyone knew, a bit of a lunatic. Both of our sets of friends didn’t understand why we were with each other.

I was thrilled to see Isabella, knowing that we could still lock in to each other’s frequencies the way we did in high school. We both were spiritual seekers, liked literature and culture, and loved music and parties. After the political fiasco, after bouts with illnesses, after broken relationships, I was almost desperate for someone who knew me deep down and who could read me without saying too much. Isabella and I could be on different sides politically and still have a beautiful affection for each other, the kind that only comes from people you were close to when young. On top of that, the garden job was both tiring me out and energizing me so much with its physical demands that a kind of preternatural Buddhist calm was vibrating in my being, allowing me to gently propel myself through life without overthinking things.

It didn’t take long for us to pick up where we’d left off decades earlier. Isabella is still vivacious, funny, intense and beautiful. We talked about the whereabouts of old friends, laughed about our teen makeup sessions, empathized about caring for ailing parents, empathized about failed loves. The Tastee Diner, where we had been for so many late nights in the 1980s, was now dwarfed by a new $600 million Marriott global headquarters, built on top of where we sat eating French fries. Like the diner, Isabella and I had refused to sell out.

After a few hours we hugged and parted ways. “Hey,” she said before heading off, “I really like those shoes. They’re really you.”